These Scarves Are Woven Music, Made With Patterns From Organ Punchcards

Did you know that the same kind of punched cards control both the jaunty tunes of old timey organs and the warp and weft of a certain kind of textile loom? Glithero, aka British designer Tim Simpson and Dutch designer Sarah van Gameren, bridged the gap for a cool a medium mash-up — and managed to weave music. 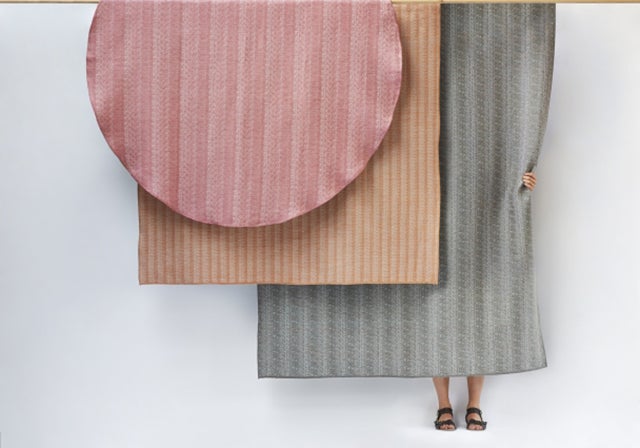 In order to realise the project, the duo joined forces with Wil van den Broek and Leon van Leeuwen, master craftsmen who’ve been experts in their respective fields — weaving and organ book making — for years.

The connection may seem like a stretch at first, but it’s actually surprising how well the two processes align. When a punch card is fed through an organ, air passes through the pipes, and the position of the holes determine which note is played. When those same cardboard lengths pass through the loom, the cut-outs establish a pattern, as hooks dip in and out of the open bits. 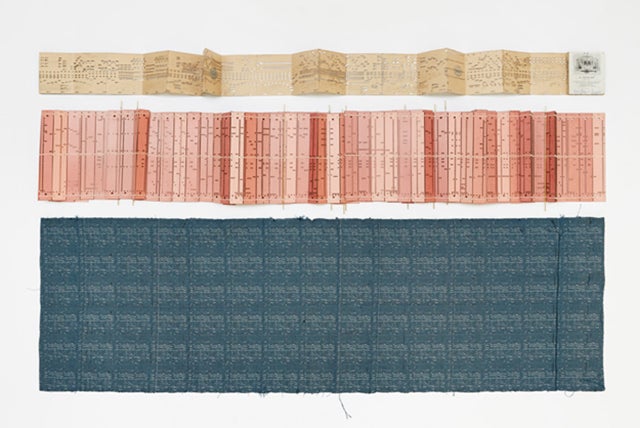 The result is a tangible visualisation of an audio composition. It’s tough to parse at first glance — I can’t imagine anyone being able to suss out the significance of the motif just by lookwing at it — but, as far as I’m concerned, that actually makes it even cooler. Layers of info hidden in plain sight! The essence of synesthesia knit straight in!

After a run at the Zuiderzee Museum in the Netherlands, Glithero is bringing the fabrics to Ventura Lambrate during Design Week in Milan. The teaser vid is neat, but I would seriously love to see these machines in action. [Dezeen]