New Video Goes Inside The Painstaking Design Of Apple's HQ 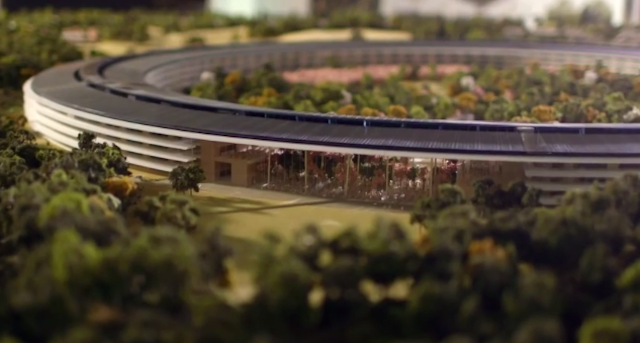 New details about architect Norman Foster's design for Apple's Cupertino HQ have been slow to leak, but a new video from Unofficially Apple gives us the most detailed look so far. This building is going to have everything: Native trees! Solar panels! Crazy circular desk spaces!

The video seems to be pretty clearly official, and it contains plenty of awesome footage of the models being made by the design team — as well as new information on the environmental aspects of the new campus. 80 per cent of the site will be green space, and many of the current plants on site will be augmented by species native to the area — they are "bringing California back" to the site, says one designer.

We also hear from a sustainability expert, who explains that the goal is to design a building with no net increase in greenhouse gas emissions.

Which brings us to a few more exciting details — like how the building's unique facade will be constructed. "Everything is hand crafted," says one architect, from the softly curving glazing to the concrete being used to pour a foundation.

We also get a brief glimpse at designers who are modelling the working spaces within the building. That's been a major point of curiosity, since huge open plan offices aren't necessarily all that conducive to productivity. In the video, we see how the team at Foster & Partners are breaking down the curving spaces into more manageable work ecologies:

We'll be hearing much more over the next year or so, but for now, it's fascinating to see how design development is coming along on what it destined to become one of the most poured-over buildings of the decade. That is, if it isn't already. [Cult of Mac]