What A 30,000-Year-Old Giant Zombie Virus Means For The Future 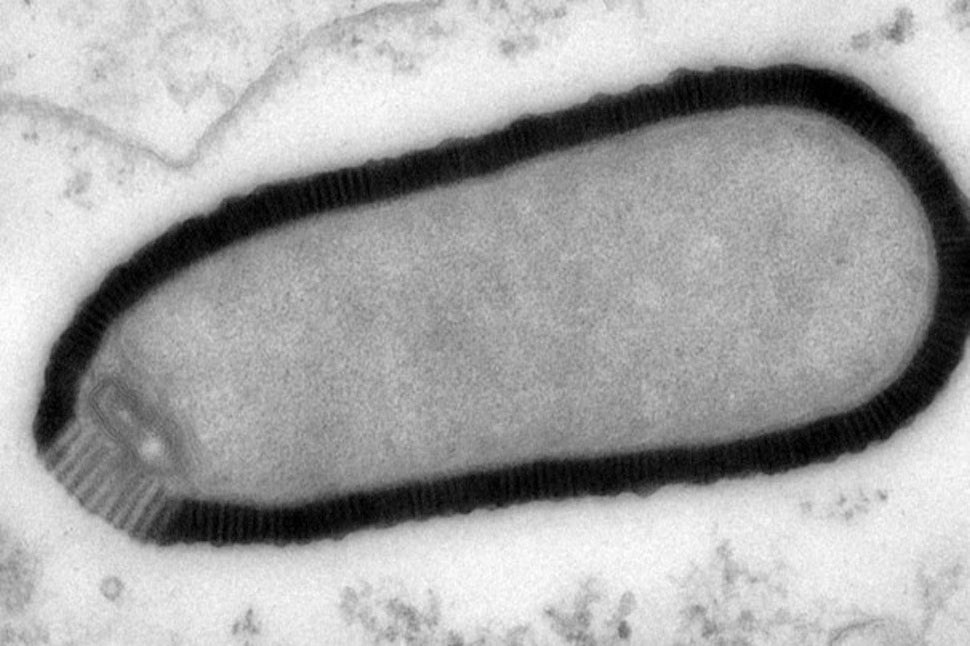 A monster virus comes back from ancient times to wreak havoc on mankind. That may sound like a blurb from a science fiction novel, but as scientists have known for some time, it's not at all impossible. And thanks to the recent revival of a 30,000-year-old giant virus in Siberia, there's increasing concern that it might describe our future.

But before you go diving into your hermetically sealed fallout shelters, it's important to note that, at least thus far, this and every other virus we've found sleeping deep beneath the surface hasn't been of any threat to mankind. So why's everybody talking about this discovery like it's the opening of the seventh seal? In proving that dormant viruses this ancient can, in fact, be revived, we've just opened up a Pandora's box of pandemic proportions.

Biologists discovered this particular virus by using a common amoeba to lure it out from a core of Siberian permafrost that had been dated to nearly 30,000 years ago. It was, without question, the largest virus mankind has ever seen.

And this team, in particular, has seen quite a bit. This isn't the first giant virus discovery it's made. The group was also behind the discovery of the very first giant virus, Mimivirus, discovered in Chile about 10 years ago. They also found an even larger one, Pandoravirus, in 2011 from an entirely new family. And this newest one, Pithovirus, is a whole 50 per cent larger than that.

But don't be too taken with the term "giant". As The LA Times notes:

"Giant" in virology is still pretty tiny. A virus of one micron in size, or a thousandth of a millimetre, is considered huge. That's big enough to be seen with a normal light microscope. The human immunodeficiency virus, or HIV, measures one tenth of a micron.

So it may be Godzilla next to your standard flu, but it's still wee microscopic devil. And in virus world, size isn't indicative of destructiveness.

This discovery has also prompted the scientists to reexamine other drill core samples that might contain viruses that could potentially affect humans and other animals. Because fortunately for us, this new mega-virus is only dangerous to amoeba. But the mere fact that scientists were able to fully revive it from a dormant state is, according to the study's lead-author, microbiologist Jean-Michel Claverie of Aix-Marseille University in France, proof that "we could eventually resurrect active viruses from different periods."

Thankfully, any potentially harmful, still-living viruses we've found thus far haven't been ones that could impact humans. But that may not always be the case. According to the same scientists that uncovered that tobamovirus back in 1999, "Human beings have been more prevalent in northern areas for a long time and so human viruses are more likely to have been frozen into Northern Hemisphere ice sheets."

The fact that non-dangerous viruses exist has lead scientists to believe that more dangerous forms we'd thought had been eradicated — like smallpox — may still exist in dormant states under ice. Adding to this concern is the fact that Arctic regions are warming at a faster rate than more temperate areas of the globe. As populations grow and humans start moving to these newly warmed regions, we stand at at an increased risk of picking up what could initiate a global pandemic — and one to which we might have no resistance, at that.

A Chilling Effect of Warming

When most people talk about global warming, they usually then focus on the immediate, more visible effects. Will certain regions be ravaged by floods? Will others start to sink? How is this going to affect the frequency hurricanes? All of these are perfectly valid questions, but they overshadow secondary effects. Like, say, of thawed, ancient viruses that could leave us totally defenseless.

And though the notion of a population being wiped out by a previously dormant virus might seem absurd, it's a disturbingly valid concern. Just over the past 15 or so years, scientists have discovered bacteria, fungi, viruses, algae, and yeast underneath as much as nearly three miles of ice in places all over the globe. These things come back to life all the time; eventually, one may well disagree with our immune system.

According to this most recent discovery, it's totally reasonable that what we find in the future won't necessarily always be so benign:

...the thawing of permafrost either from global warming or industrial exploitation of circumpolar regions might not be exempt from future threats to human or animal health.

As recently as 2006, as the sheet of ice covering lakes in the Arctic Circle thawed and froze, scientists were able to isolate a strain of the influenza virus — one that we're not properly vaccinated for. While you might think that a location as far-flung as the Artic keeps us safe, the lakes holding the flu virus lie directly along the migration routes of bird from every corner of the globe.

Once picked up by these birds, the viruses can really start to shine. According to 2010 Encyclopedia Britannica article:

Birds serve as influenza repositories, where different strains of the virus mingle, ultimately facilitating the process of viral genome recycling, in which genes from old viruses are mixed into the genomes of closely related, currently circulating strains. If these new versions jump from birds to humans, they may be able to give rise to an epidemic or a pandemic.

Thousands of birds from all over the world congregating in Arctic lakes in the spring and summer, picking up last year's viruses drifting along in the water after having been released from melting ice, are sanctuaries for viral dissemination on a global scale.

Basically, any supposedly new viral epidemics that pop up might not actually be as "new" as we think. Rather, they could be a result of newly resurfaced viruses (be it due to drilling or naturally melting glaciers) hitching a ride in bird guts, which allows different strains to mix together and form wholly new ones in the process. Or as Britannica refers to it, "genome recycling."

As Dany Shoham, a biologist from Bar-llan University in Israel who helped uncover the ancient tobamovirus, told The Independent back in 2005, "If only one or two genes from an ancient influenza virus were to interchange with the modern avian influenza, it could become contagious and generate a new pandemic."

And if the United Nations Environment Program and the World Glacier Monitoring Service are correct, we might be seeing a lot more instances of these (potentially harmful) ancient viruses popping up then we'd like.

The chance of fatal virus resurfacing in the immediate future is hard to predict, but scientists seem to agree that, at least as of right now, they're relatively low. Still, as Shoham emphasised, "once it does take place, the impact will be enormous." And the more we drill, the more we're opening ourselves to a potentially unstoppable global pandemic.

In that way, drilling down into these millions-of-years-old Siberian and Arctic cores is almost comparable to grave robbers who dug around in old cemeteries. There's certainly wealth to be had — but you might not always like what you find.