Japanese artist Ei Wada, who was born in 1987, belongs to a generation that spent middle school feverishly poring over cassettes to make mix tapes — until, of course, they were quickly outmoded by CDs, and then MP3s. Now, Ei makes art using the outmoded technologies he grew up with.

At the Media Arts Festival, the young artist premiered a piece called Toki Ori Ori Nasu — Falling Records: An arrangement of four tall glass columns crowned by tape reels, each slowly leaking black tape that piles up at the bottom of each case, creating almost geological patterns. When the reels are empty, they reverse — and the music they each contain starts to play. 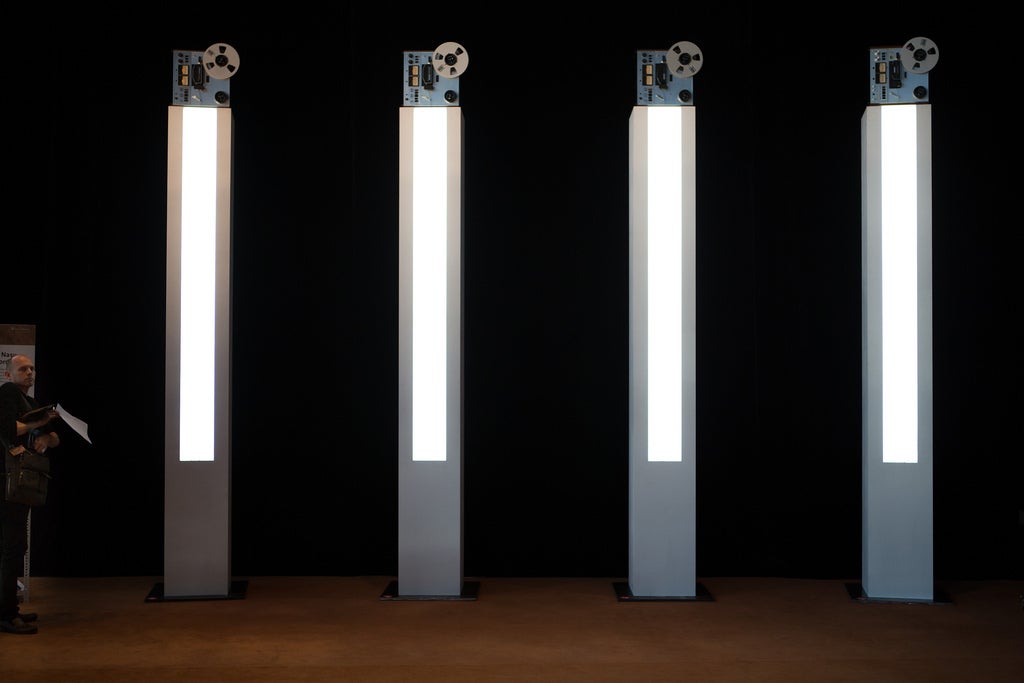 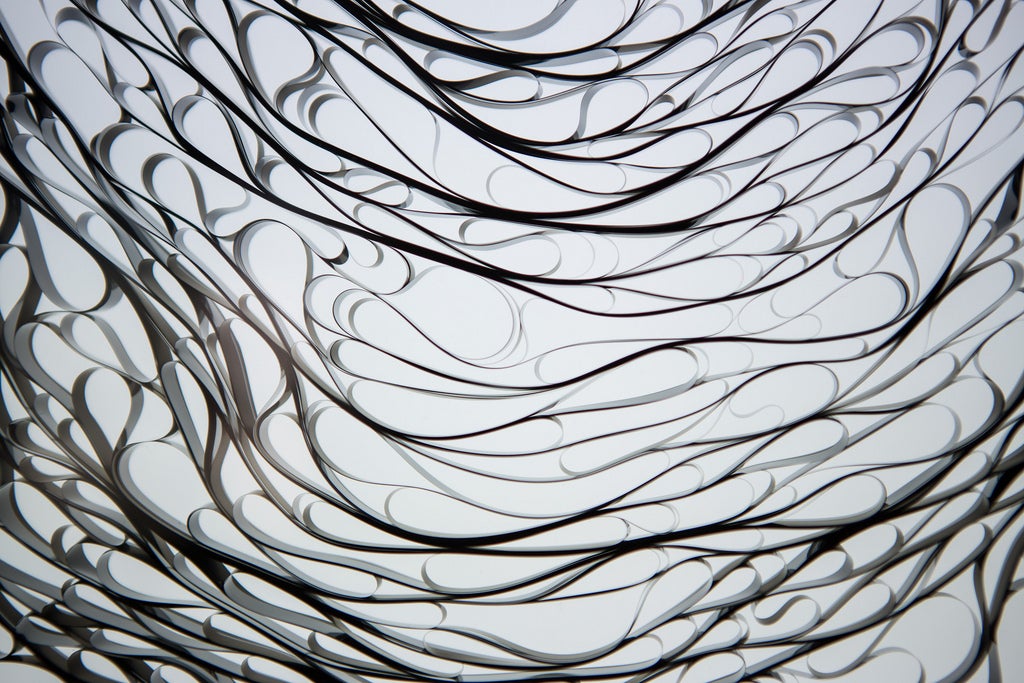 It's beautiful and mesmerising — and a bit sad, too. After all, cassette culture is surrounded by nostalgia and fetishism . In fact, Ei's style has become its own little subculture. Check out the Open Reel Ensemble, a group of musicians who use outmoded tech to perform live music — directed by Ei himself. [Spoon & Tamago]