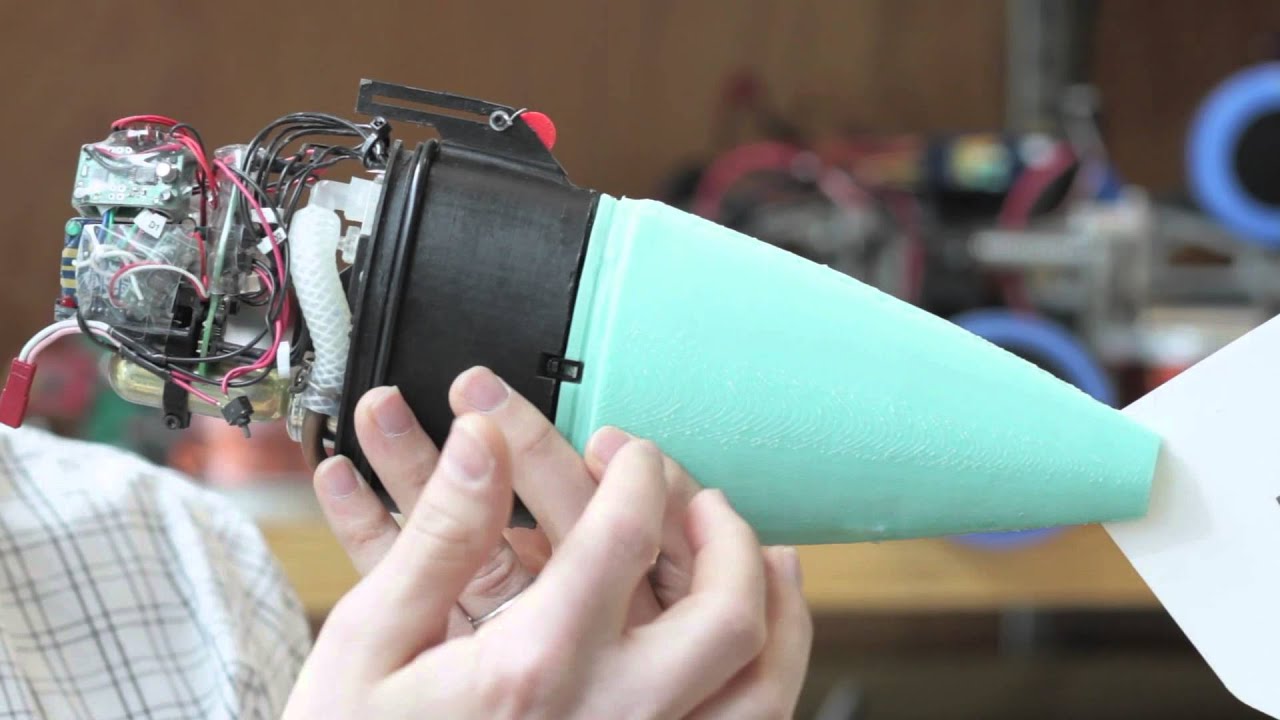 It used to be we feared robots of the hard, angular persuasion, the best example being the Terminator. I suppose if one turned up on your doorstep, shotgun and/or beating heart in hand, you’d empty your into your jocks, but now our mechanical future foes can adopt a more sinister, useful form — the soft and extremely mobile kind.

Thanks to MIT graduate Andrew Marchese, we can now add soft robot fish to the list of things we’ll have to deal witht in the inevitable machine wars. Until then, let’s just admire their coolness.

As Larry Hardesty writes over at MIT News, Marchese’s fish is quite the achievement because it’s not only self-contained, but it can execute an “escape manoeuvre” just as quickly and effectively as an actual fish.

The key to its agility is carbon dioxide and a pair of channels embedded in the tail of the fish. By pumping the gas into these channels, the tail can be made to move in different directions, replicating the actual motion of the real deal. According to Marchese, at the upper end of its capabilities, the robot can achieve 100° changes in direction.

At the moment, the fish can’t swim for too long before running out of gas — literally, though Marchese is hoping to switch out CO2 for water, which should extend its life to 30 minutes.

The advantages of soft over hard are numerous. While a sturdy robot might be ideal for say, military applications, a flexible droid would be better utilised in difficult-to-access areas or tasks that require finesse. As the video mentions, your much less likely to hurt yourself on a soft bot, which means they can be deployed without having to foam up the corners for kids, animals or ghosts.