If you love the city-planning aspect of Sim City but can't handle the pressure of playing God, then you may have just found your new favourite time-waster. Say hello to Mini Metro. 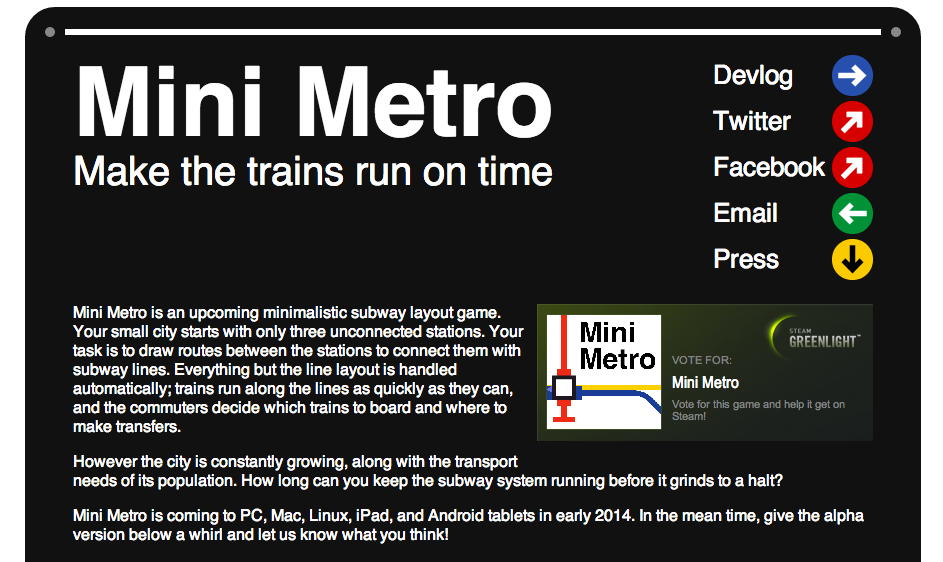 Developed byDinosaur Polo Club, the game itself is actually pretty simple. All you do is drag the train lines between each station, wait for your city to grow, and rearrange as needed. Everything other than the actual layout of the train lines is done automatically, leaving you free to focus on the efficiency planning aspect entirely.

Being in its early stages, the minimalistic game still has a quite a few more features coming in later releases. But at least for now, it's almost refreshing to play a game this bare-bones that's genuinely fun, to boot. The alpha is available as a standalone in addition to the in-browser version, which you can play here. [Animal New York]