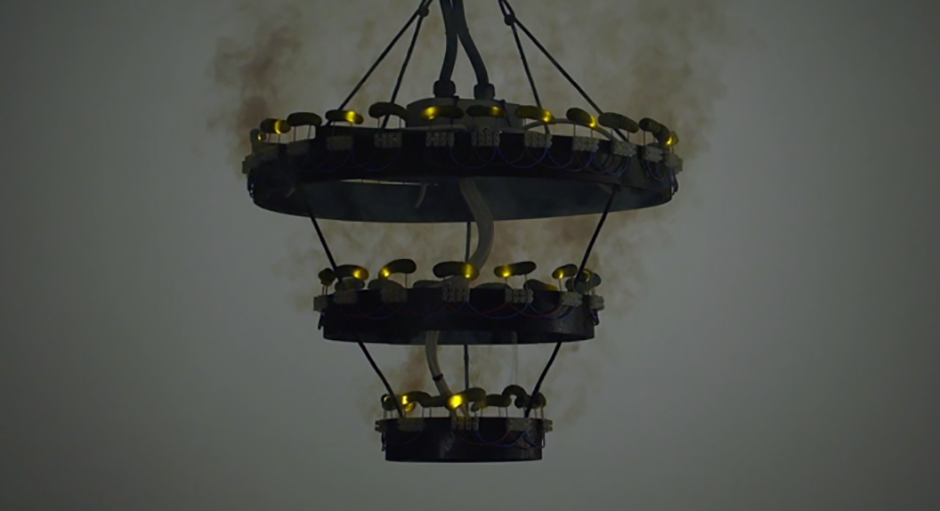 Yes, this is a supercharged chandelier constructed with 60 plain old, garden-variety pickles as bulbs. It crackles. It spits. It smells like burnt vinegar — and it uses enough power to illuminate a city block.

The experiment is the latest by Bompas & Parr, the gastronomic geniuses who made fireworks you could taste, vaporised gin, and a million other weird and wonderful culinary explorations.

It turns out that the high water content and natural translucence of pickles — or, as the British say, gherkins — make them the "ultimate food-based bulb". The yellow-tinted glow is a result of the sodium reacting to an electric current — strangely, the same effect as the distinctive high-pressure streetlights being phased out in Los Angeles.

Don't be deceived by the quirky nature of the project, though — this fixture could fuck you up. "It's mind-bogglingly dangerous," Bompas told Nowness. "If you're near it when it is turned on you will certainly be electrocuted." Times two, no doubt; it's also sucks enough juice to power a pair of electric chairs. [Nowness]