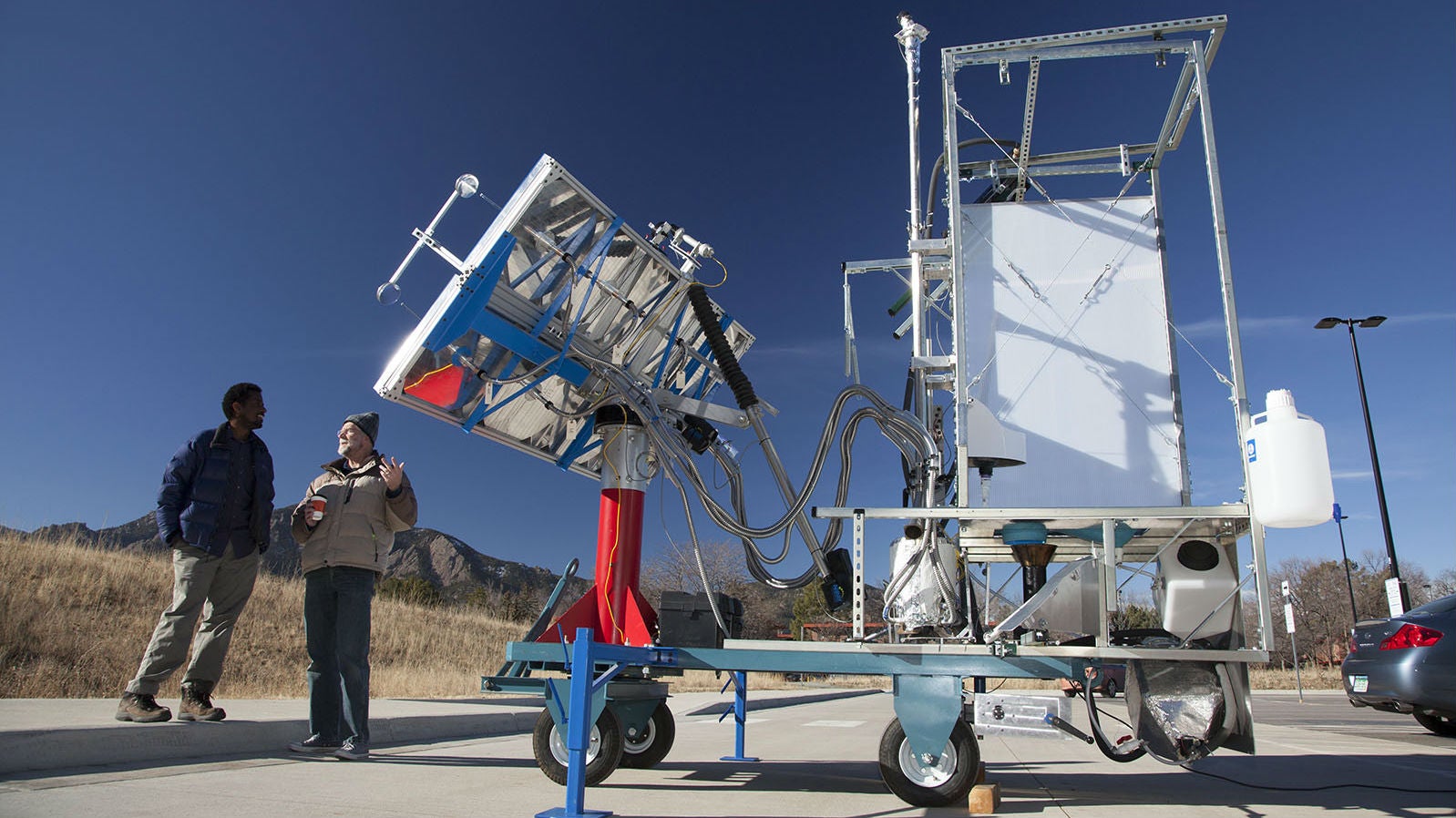 More than a quarter of all people — some 2.5 billion humans — still lack access to basic sanitation services. But thanks to this revolutionary solar-powered toilet, even the most remote throws of civilisation will be granted both a safe place to poop and a means of turning their business into brown gold.

Developed by a team of researchers at Colorado University at Boulder led by Karl Linden, professor of environmental engineering, this self-contained waterless toilet uses the Sun's energy to sterilize solid human waste and transform it into biochar, a porous charcoal that makes for excellent fertiliser and soil amendment. In fact, soil mixes with at least 10 per cent biochar can hold up to 50 per cent more water, reducing water requirements and improving yields. It can also be used as a fuel source, providing the same energy characteristics as commercial charcoal — though you'd have to imagine the smell would be quite shitty.

"Biochar is a valuable material," Linden said in a press release. "It has good water holding capacity and it can be used in agricultural areas to hold in nutrients and bring more stability to the soils."

Just like other solar thermal systems, such as the Ivanpaugh power plant in TK, this toilet concentrates the Sun's energy onto a quartz-glass rod the size of a postage stamp using eight overhead parabolic mirrors. This quartz rod then transfers the heat energy (roughly 700 watts of it) through a bundle of eight fibre-optic cables into the reaction chamber, heating it to more than 315 degrees Celcius. That's high enough to not only sterilise the waste but also convert the solid bits into biochar.

This prototype was built with an initial $US777,000 grant from the Bill & Melinda Gates Foundation's "Reinvent the Toilet Challenge," as well as a secondary $US1 million grant, again from the Gates Foundation, enabling the dozen-member research team to work full time on the project. As it is, the toilet can accommodate four to six people's bowel movements per day. However, the team hopes to develop a larger, multi-family design — one that would cost just five cents a day (per person) to operate. [CU, Boulder via R&D Mag]