These Amazing Illustrations Are Like Google Maps For 1900s Japan 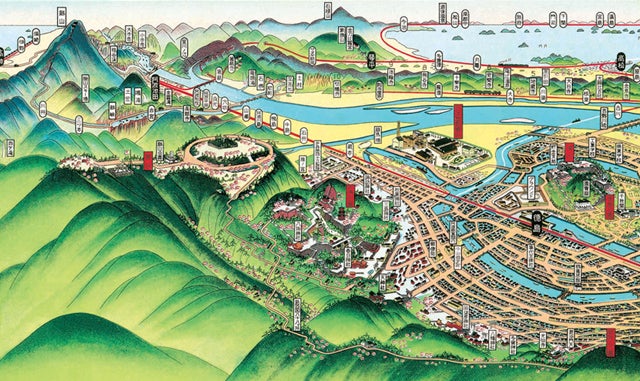 Many decades before satellites even existed, a Japanese cartographer named Hatsusaburo Yoshida was drawing cities as though he was floating thousands of feet above them. His vivid, colourful drawings are almost 100 years old now — but they're just as exciting as they were in 1914.

Today would've been Yoshida's 130th birthday. Born in 1884 in Kyoto, Yoshida actually got his start as a kimono painter, but soon transitioned into illustration, right at a moment when Japan's industrial cities were beginning to boom.

His maps weren't exactly accurate, but that was what made them popular: Rather than drawing exactly what he saw, Yoshida would spend time asking locals about the culture and history of each city. Then, he'd draw a depiction that foregrounds the most important aspects of each place in its map — whether or not that made it difficult to read or even inaccurate. 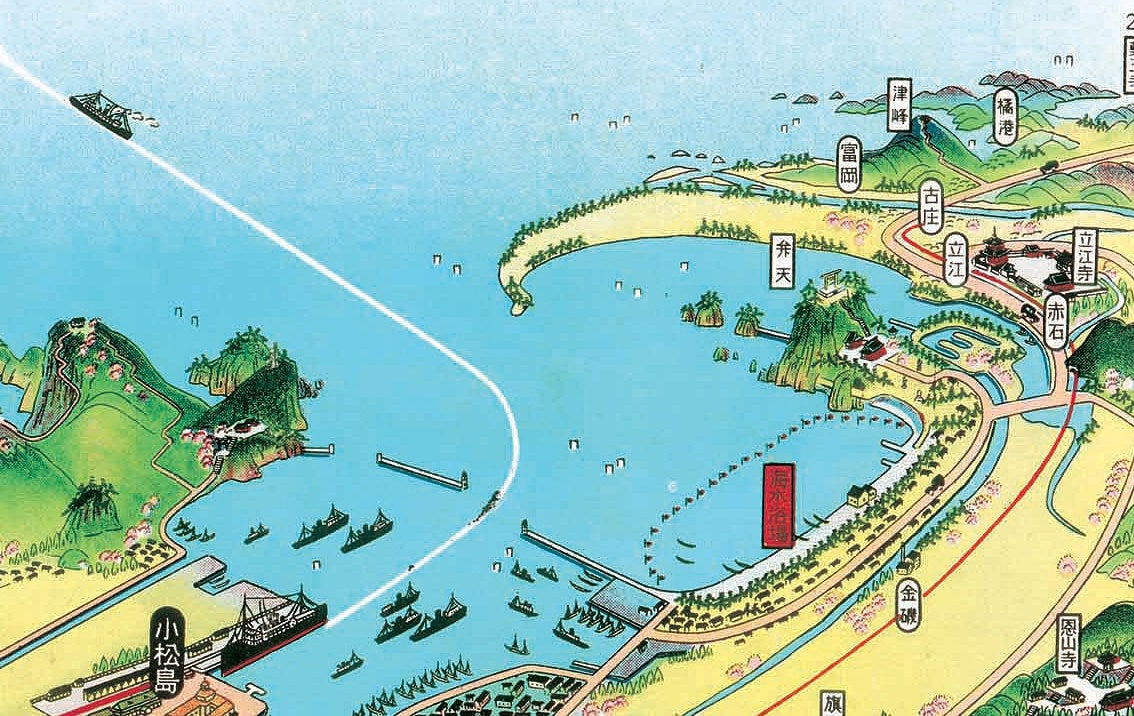 His maps were so tailored to the uniqueness of the places he was drawing, they became iconic. The Ministry of Railways made his drawings into guides for tourists. They became official maps for shipping and bus companies. In the end, he draw over 3000 of them.

But by the 1940s, his career had taken a turn. Mapmaking in wartime Japan, as Spoon & Tamago explain today, was a highly classified activity:

Yoshida's success was not permanent. When WWII began, the military deemed Yoshida's maps to be a threat to homeland security, essentially crushing his practice.

Still, he continued to work. In 1945, Yoshida created one of his most famous pieces — a bird's eye view, done in his recognisable style, of the destruction of Hiroshima (unfortunately, only this watermarked version exists online): 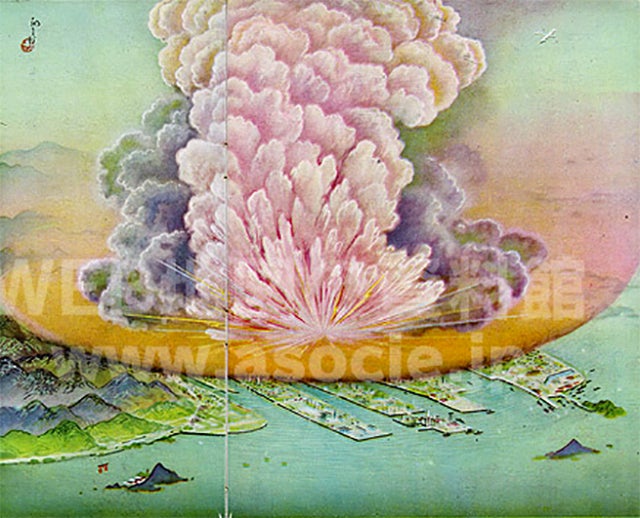 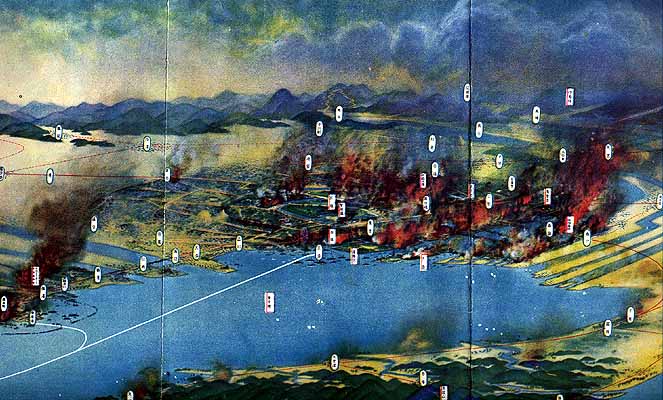 Yoshida's work was largely forgotten until 1999, when a museum in Sakai City staged a show of his maps, rekindling interest. Today, he's considered a cult figure among illustrators.

In a way, his maps were an early analogue to the pixelated ones we use online — whether through Google or Apple — since they showed context, as well as geography. So it's more than appropriate that today, Google Japan is celebrating his work with a special logo:

Check out some incredible high-resolution scans of his work here. [Spoon & Tamago]