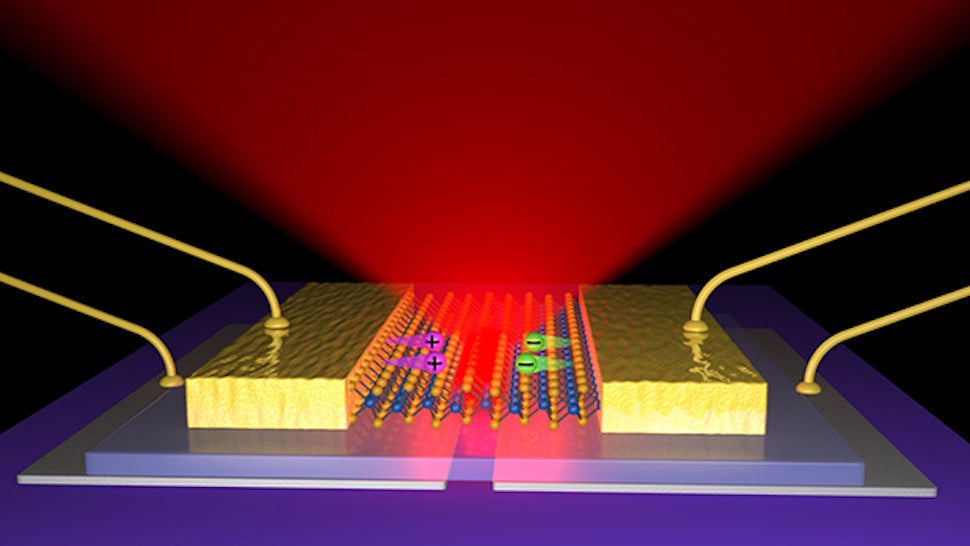 LEDs have come a long ways. From the early '70s when a bulky LED watch cost thousands of dollars to LG's announcement last month that it had created an OLED TV as thin as a magazine, these glowing little bits of magic have become wonderfully cheap and impossibly small. But guess what: they're about to get much smaller.

A team scientists from the University of Washington just built the world's thinnest possible LED for use as a light source in electronics. It's just three atoms thick. No, not three millimeters. Not three nanometers. Three atoms.

"These are 10,000 times smaller than the thickness of a human hair, yet the light they emit can be seen by standard measurement equipment," said Jason Ross, a UW materials scientist and graduate student who helped with the research. "This is a huge leap of miniaturization of technology, and because it's a semiconductor, you can do almost everything with it that is possible with existing, three-dimensional silicon technologies."

The new LED is not only thin, but it's also flexible and very strong at the same time. The LEDs are so thin that they're not even considered to be three dimensional objects. They're made out of the semiconductor tungsten diselenide in a process that borrows from a Nobel Prize-winning method for extracting flakes of graphene. And with so many exciting key words used to describe this breakthrough, it should come as no surprise that scientists hope to use these LEDs for more than just TVs. They actually want to use them to build computers that use light instead of electricity.

That will take some time though. For now, let's just sit back and continue to gasp at how thin these things are. Three atoms! [UW]