We probably should have seen this coming. At the Ivanpah solar power plant near Las Vegas, a massive glittering field of 170,000 garage door-sized mirrors reflects sunlight. And all those mirrors are making flying near Ivanpah not so fun — or safe.

The Clark County Department of Aviation sent a letter earlier this week urging the plant's designers to do something about the glare, reports KCET. The letter included two separate complaints from August 2013, before the plant even opened.

One pilot describes flying near Ivanpah was like "looking into the sun." An air traffic controller also describes receiving constant complaints but being told, chillingly, that nothing was to be done: 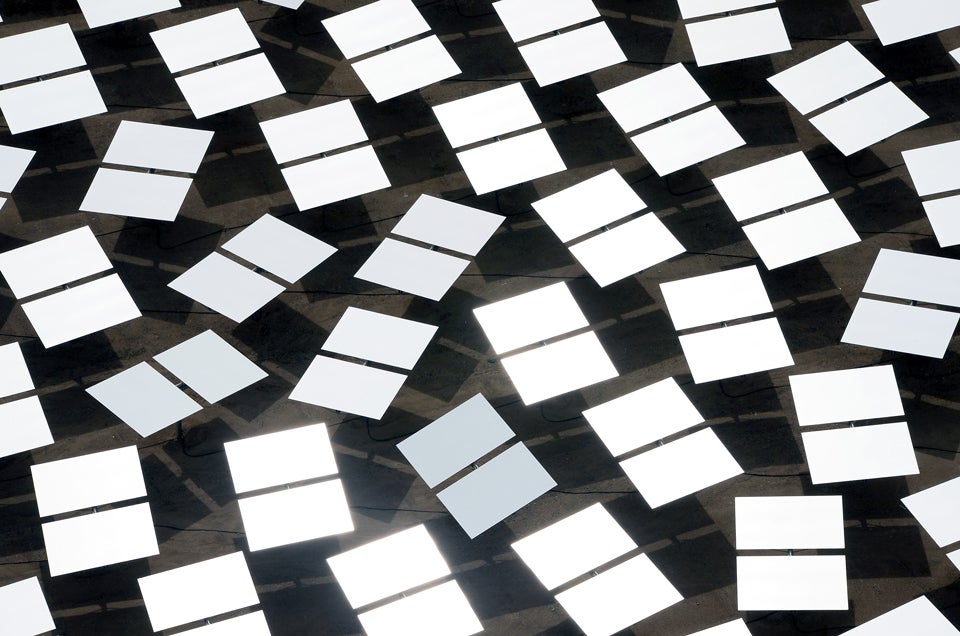 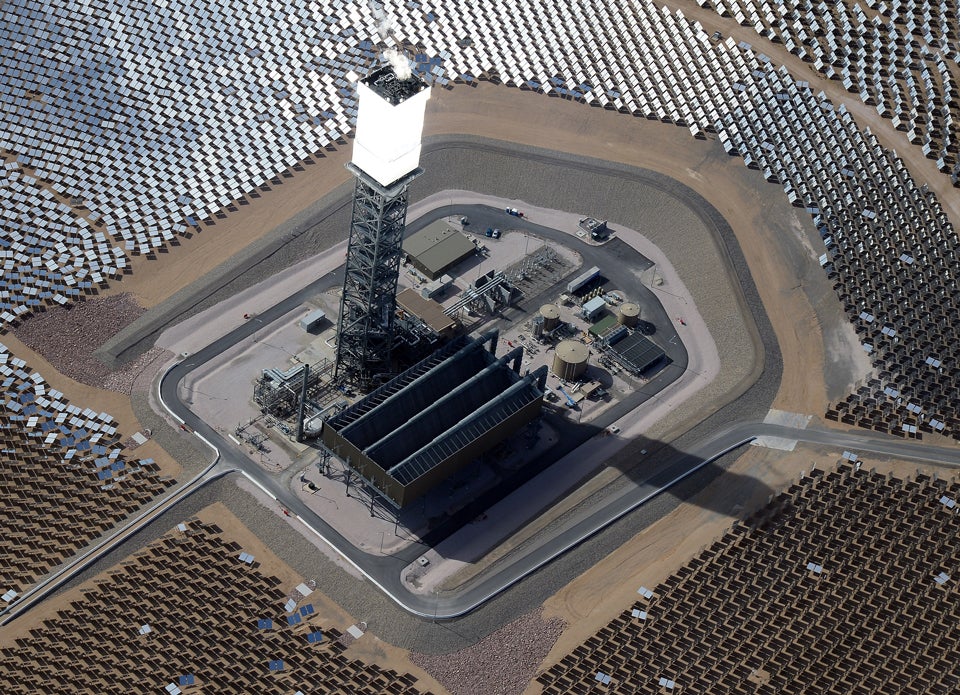 Daily, during the late morning and early afternoon hours we get complaints from pilots of aircraft flying from the northeast to the southwest about the brightness of this solar farm. They usually ask us what it is because they don't know. On this particular morning, an air carrier complained about the brightness and reiterated that it was "nearly blinding." I reported this to Management and was told that they were going to do nothing about it. They then suggested that I tell the pilot to report it through the safety reporting system that they have and to report it myself. I have no idea what can be done about this situation, but being a passenger on an aircraft that flew through this airspace and saw it for myself, I would say that something needs to be done. It is extremely bright and distracting.

At Ivanpah, the 170,000 mirrors shift to track the sun across the sky, focusing light onto three 45-story towers that collect the solar energy. Environmentalists and engineers had been worrying that Ivanpah could blind pilots even before the plant was built. Aside from planes, other flying objects are faring even worse in Ivanpah. The concentrated beams of sunlight fries birds who unknowingly fly through them.

As glittering and even beautiful Ivanpah looks in photos, enthusiasm for massive solar projects like this have waned, in part due to its environmental impact. California recently rejected a similar project due to concern for the birds. Meanwhile, it remains to be seen what will happen at Ivanpah. [KCET]