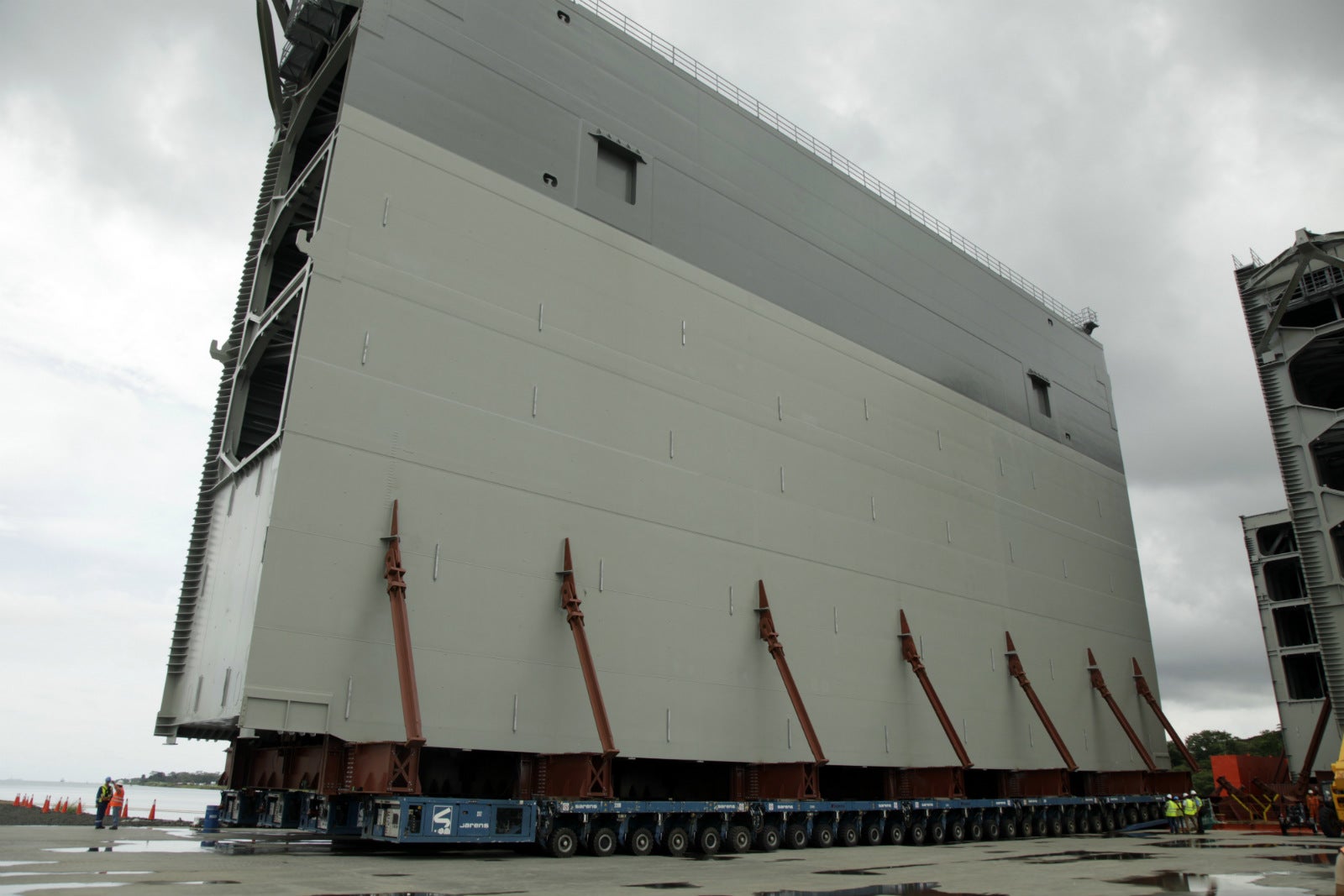 By linking the Pacific and Atlantic oceans, the Panama Canal revolutionised global shipping when it opened nearly a century ago. However, the canal's capabilities are quickly being outpaced by the ever-growing ships that pass through it. In order to accommodate the next generation of oversized vessels, the Panama Canal is receiving its most ambitious upgrade in 93 years — a third channel hemmed in by these gargantuan flood gates. 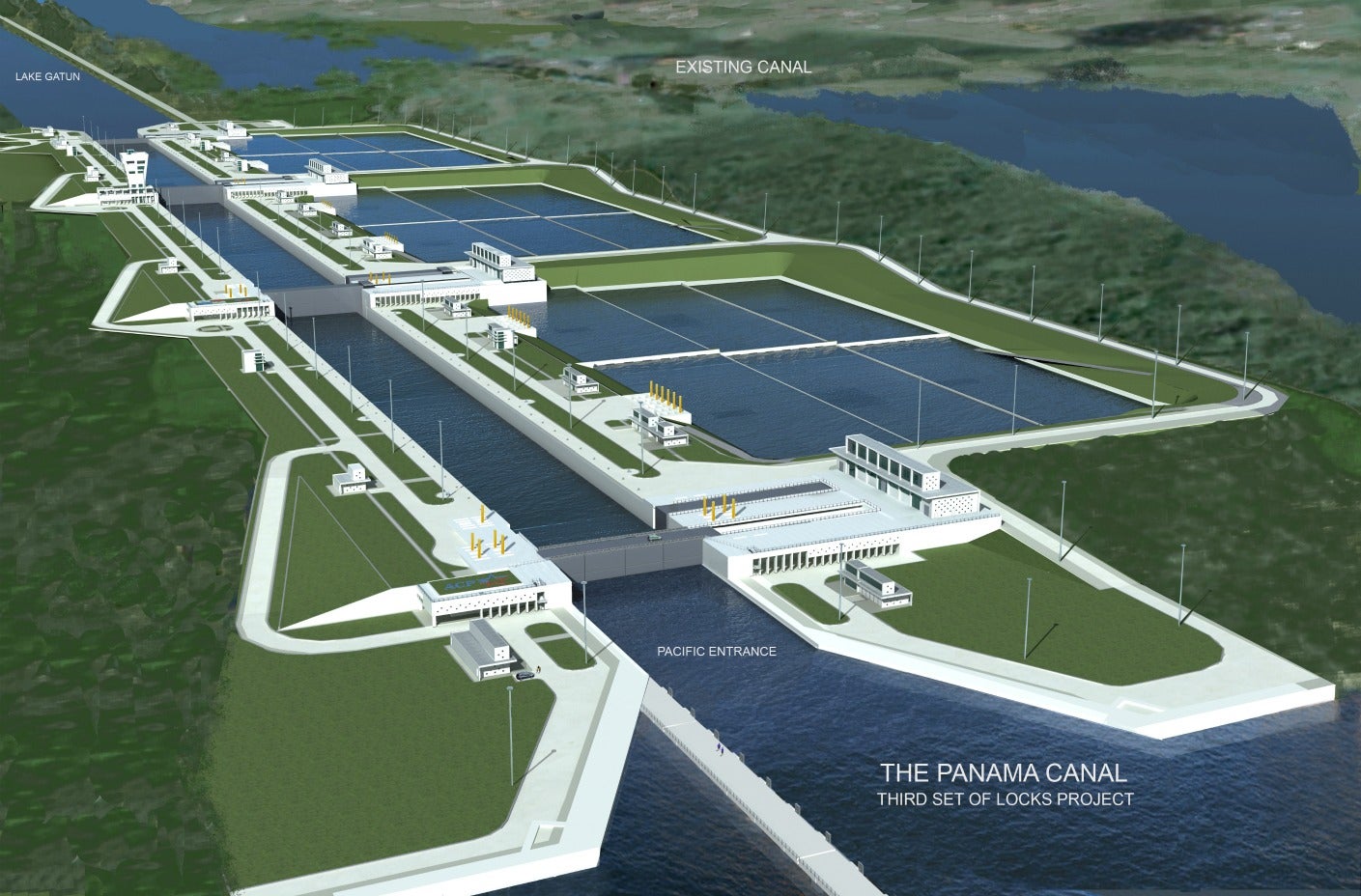 Each of these 16 gates, built by Italian steel manufacturer Cimolai, stands nearly 10 storeys tall, weighs an estimated 2800 tonnes, and costs a whopping $34.2 million produce and install. Eight will be installed on each end of the new third channel as part of an eight-year $5.2 billion public works project designed to double the shipping lane's capacity by 2015. 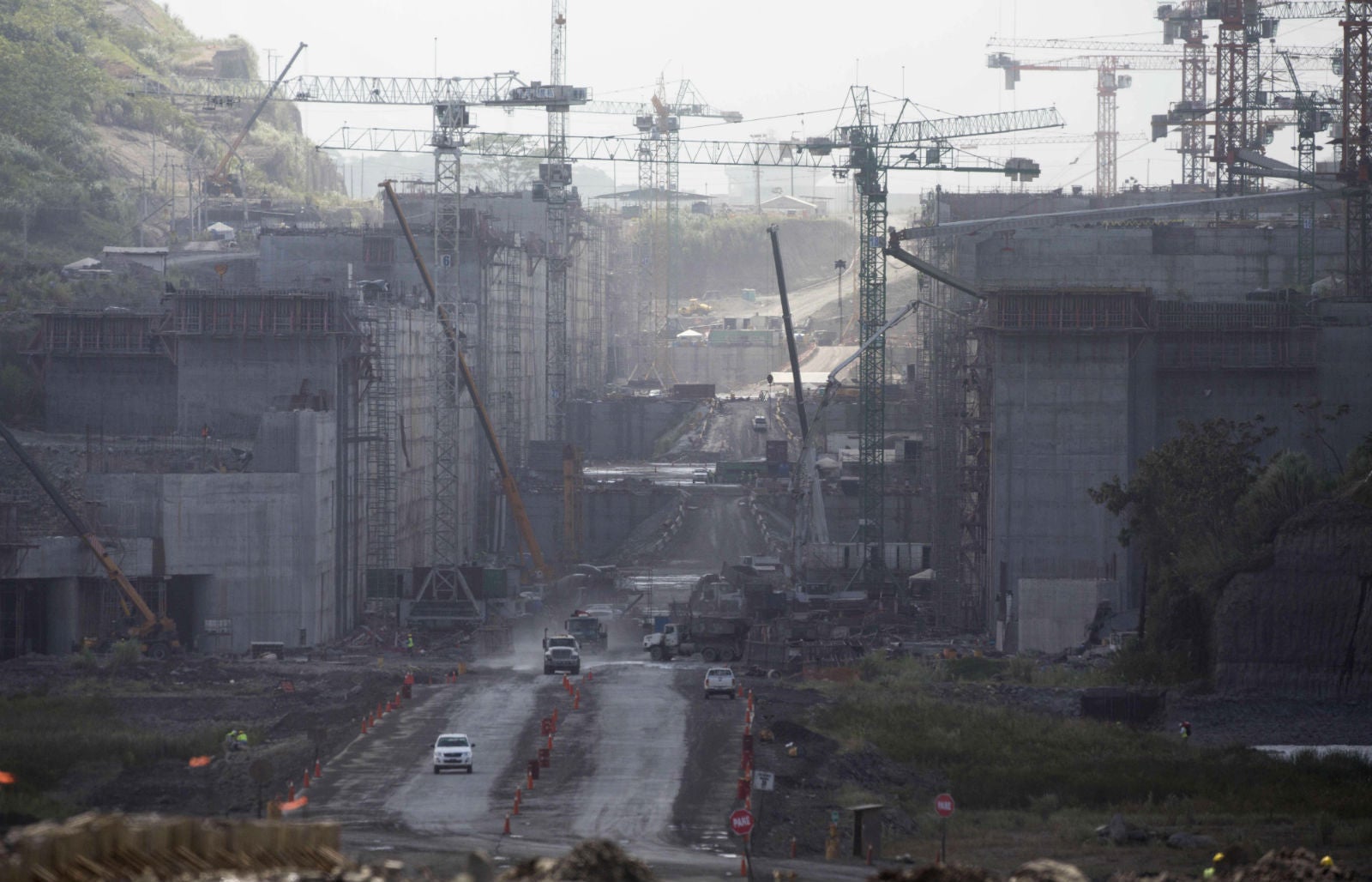 The Panama Canal expansion project was originally proposed by then-president Martín Torrijos in 2006 and billed as vital to Panama's future prosperity. A public referendum held later that year saw 76.8 per cent of Panamanians vote in support of the project, as did the national assembly. The expansion plan calls for not only digging out the third channel begun by the Americans in 1939 but abandoned at the outset of WWII in 1942, but deepening and widening the two existing channels and Raise the maximum operating level of Gatun Lake as well. 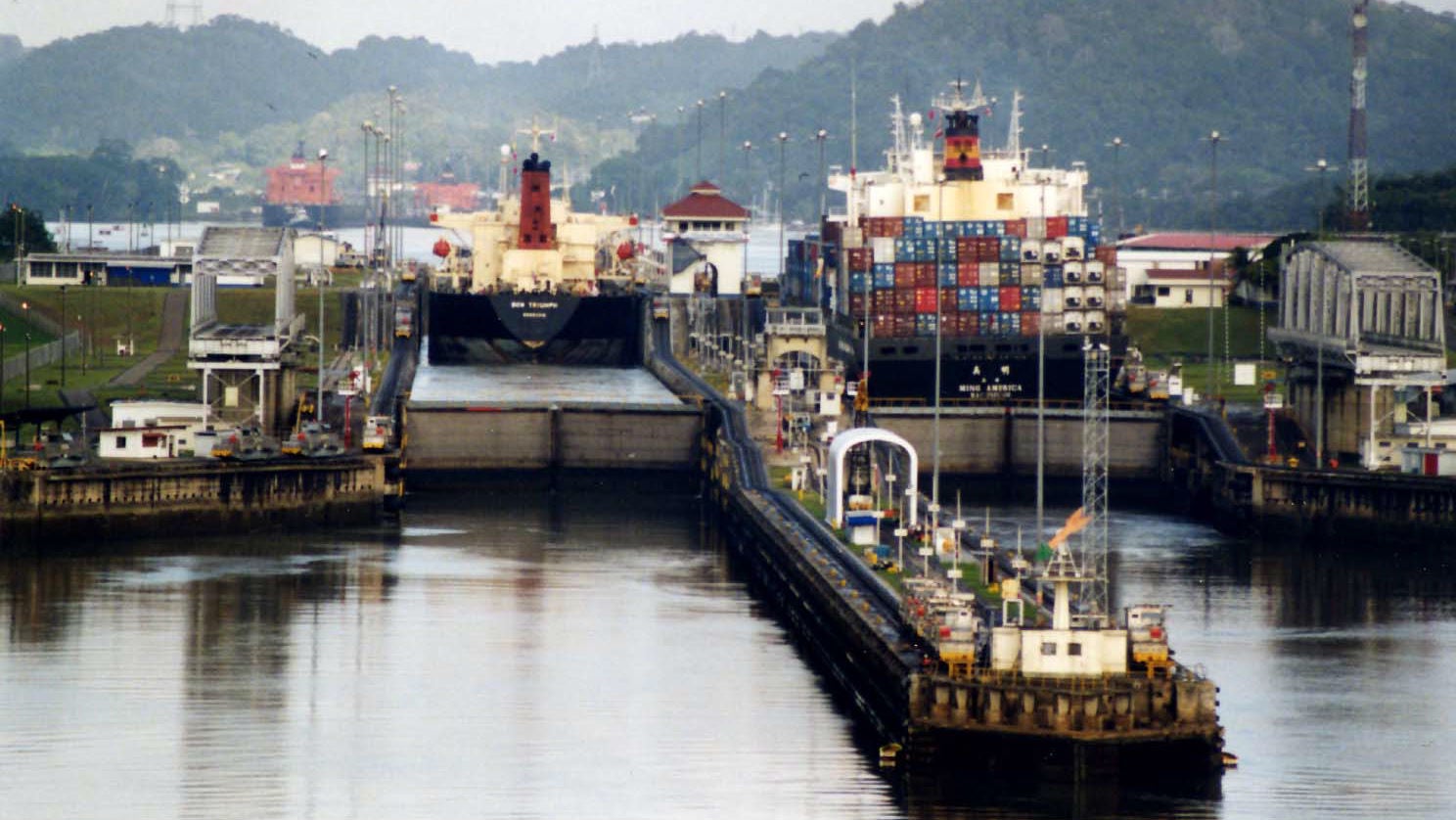 The existing locks are simply too narrow and too shallow to handle the next generation of shipping vessels. Picture: Stan Shebs

See the existing channels can only support current Panmax vessels less than 35m wide and 320m long with a draft of 12m or less. However, the new locks will be 427m long, 55m wide and 18m deep, allowing naval engineers to design larger "New Panmax" supply ships. 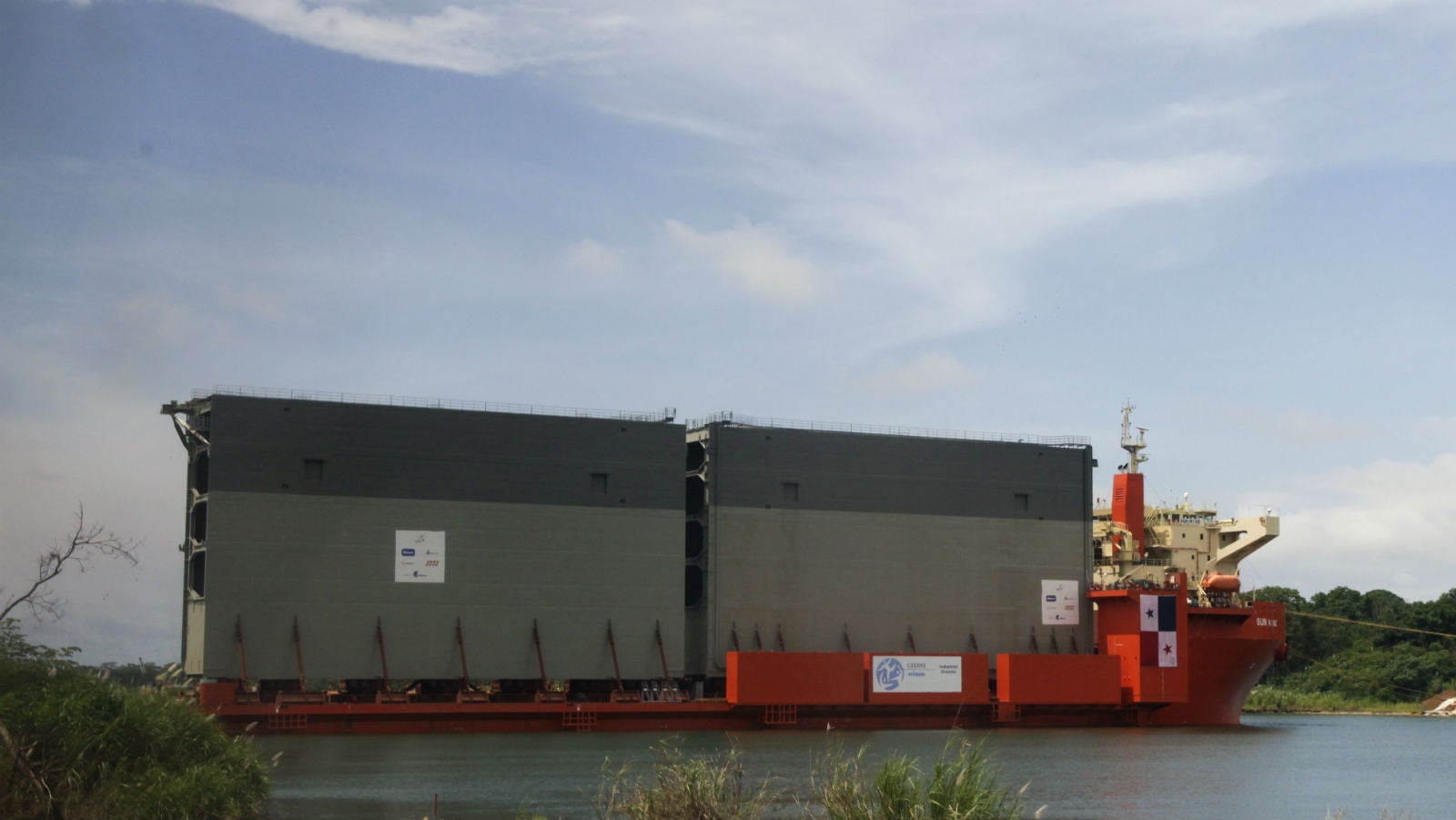 A series of 18 water-saving basins will fill and empty these locks using only the power of gravity — just as the current channels do — as ships pass from one end to the other. However, the new channel will not rely on locomotives to position vessels within the locks — as the two original channels do — they will rely on more modern tugs instead. [Wired - Wiki]