The Internet Of Sound 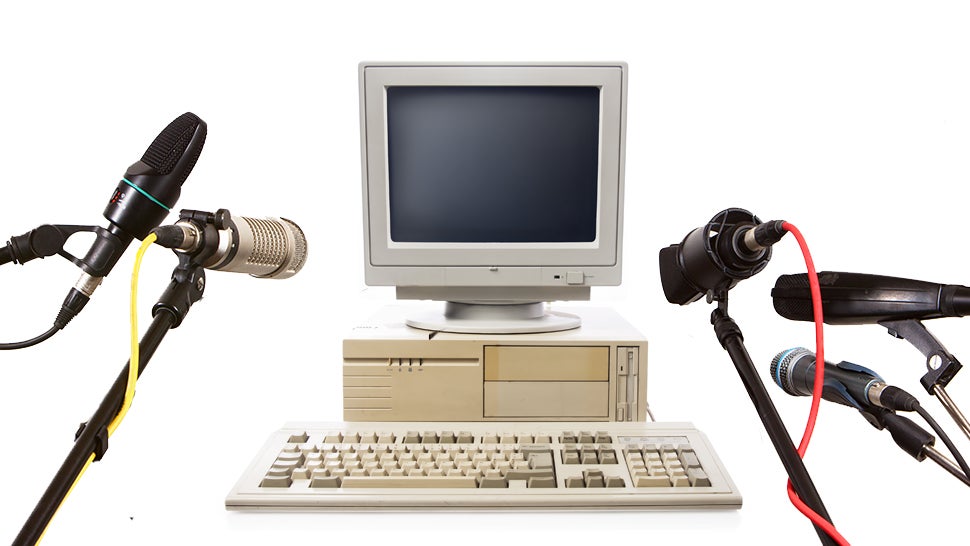 Ever wondered what it would sound like if computers could talk to each other? Yes, we have an internet that links all the machines in a vast and glorious global network. But what if they really talked? What if computers could communicate using sounds that humans can't hear?

It could work like a very powerful dog whistle. Computers would broadcast high frequency sounds through their speakers that get picked up by other machines' microphones. That sound could include pretty much any type of information and offer a unique level of security, because hackers don't typically hack the airwaves. Such a network would effectively reimagine the internet as a massive musical instrument that deals in information instead of melodies.

Believe it or not, this already exists. Or at least a limited version of it exists. In disparate and distinctive ways, different people and companies have turned sound into yet another method for moving data from one computer to another — or several others. Effectively, you can use sound to connect a network of computers in the same way that we now use cables and wireless to create the internet. And you'd be surprised by what's possible in the internet of sound.

It's hard to comprehend what innovators are doing with computers and sound today without a little bit of historical context. For that, we travel back to 1985, five full years before Tim Berners-Lee wrote his proposal for what would become the World Wide Web. At that point in time, computers were still a relatively rare novelty used mostly by geeks and scientists. In Finland, however, some would-be hackers were already starting to tinker with these weird machines.

Kai R. Lehtonen was one of them. He also had a radio show produced by the Finnish Broadcasting Company and a wild idea. "If you wrote a piece of code in a computer, saved it on a [Commodore] C-cassette, took that cassette out and listened to it with an ordinary cassette recorder you heard sounds," Lehtonen told Ars Technica a couple years ago. "But as sounds could be copied to another tape and as sounds could be transmitted over radio, then why should it not be possible to receive even these sounds of the code, record them with a C-cassette recorder and have the recorded sounds do their trick in another computer?" 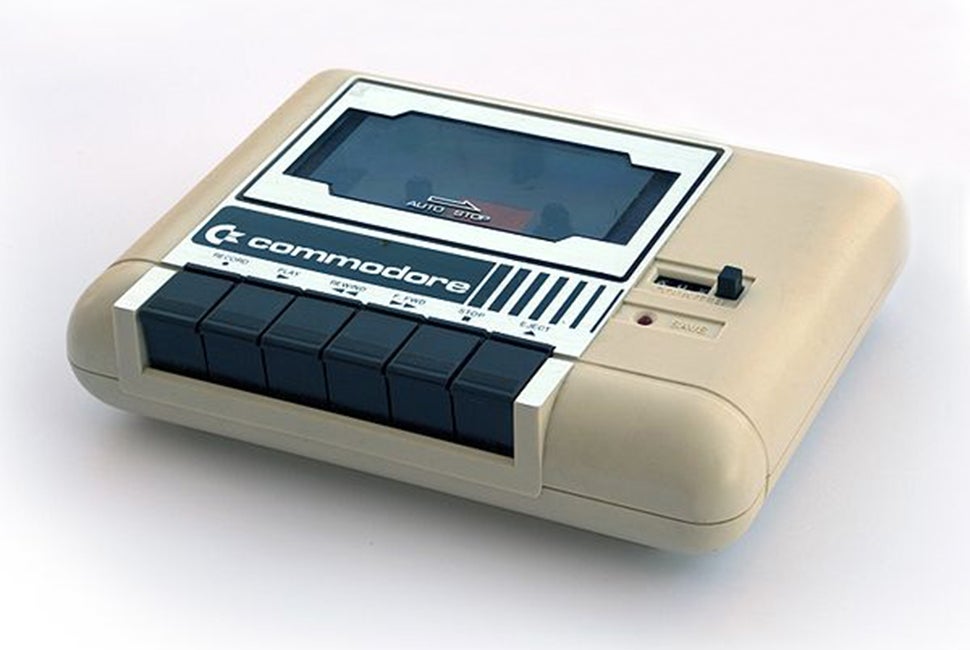 Turns out that strategy works amazingly well. So it became a regular feature on Lehtonen's radio show, Silikoni. He would broadcast code in the form of a buzzing sound, and listeners would record it onto cassettes that they put into their own Commodore computers. Within a couple years, Silikoni listeners became a real programmer community, but as better machines came to market, the Commodores fell out of style as did the cool cassette trick.

However, the groundwork was laid for more sound-based computer networking.

Fast forward a couple dozen years, and the real internet — the endless torrent of ones and zeroes flowing around the world — had taken over. Other ways for devices to communicate with each other had also been born. Bluetooth meant we could stick stupid-looking hunks of plastic in our ears and talk on the phone without using our hands. NFC technology meant we could tap our phones on stuff and things would happen. Heck, there was even internet pulsing through the air at all times in the form of Wi-Fi.

All of these new radio-based technologies have their limitations, though. Connecting or pairing devices sometimes requires complicated set up, and it's sometimes hard to verify if the data is going exactly where you want it to go. Then, of course, there are the hackers.

Using sound, remarkably, solves many of these problems. In 2012, a bunch of computer scientists from London created Chirp, a dead simple app that lets you transmit data via sound. It a lot like those old Finnish radio broadcasts but better. To send data, you simply open up the app and get anybody around you who wants to receive the data to open the app. Then, choose a photo, write a note, or submit a link, and press a big yellow button. That sends out a two-second-long "chirp" that gives anyone within earshot access to the data. Each chirp is also unique to that transaction so it can't be faked.

Chirp works with more than just sound, though. In a sense, it uses sound as a means of verification, ensuring that you don't send data to anyone that's not in your immediate vicinity. The data itself is sent from the app to the cloud, and that two-second chirp is actually just a sound-based code that tells the recipient where to find the data. This method might not make sense for every application, but it's a great way to create an ad hoc, location-specific social network. Other apps like Clinkle and SonicNotify used similar sound-based methods to send money and target ads, respectively.

When you think of something being location-specific, you don't have to think too hard to realise that there's an obvious security angle. What better way to verify that somebody is where they say they are than to call their name? If they can't hear you, they're either deaf or lying. Ditto for devices.

So it makes sense that people would use the internet of sound to add a layer of security to other networks. Last year, we saw the most direct application of this concept in the form of an app called SlickLogin. This verification method is designed to make it easier and more secure to log onto websites. While SlickLogin makes use of other protocols like WiFi, Bluetooth, and GPS, its real ace-up-the-sleeve is sound.

The idea is strikingly elegant. When you visit a website that uses SlickLogin, you simply tap the log in button and hold your phone up to your computer's speaker. SlickLogin broadcasts a uniquely generated, ultrasonic noise that your device's microphone picks up and verifies. Your phone will let SlickLogin know that it's you trying to get into the site, and then you're in. The whole process literally takes one second.

It's more secure than it sounds. Like Chirp, you have to be near the machine for your device to even hear the sound, meaning that there's a physical presence required. It's also impossible to record the sound and play it back later with another device, since each sound is generated specifically for that moment. It's also specific to your device, so you can't really fake it. It's also reassuring that the founders of SlickLogin handled security for the Israeli Defence Forces before they jumped into the startup world. So they probably know what they're doing.

A couple months ago, a team of computer scientists announced a worrisome achievement. They had created malware that could travel through the air on sound waves. The German scientists described the idea to Ars Technica in frightening terms:

In our article, we describe how the complete concept of air gaps can be considered obsolete as commonly available laptops can communicate over their internal speakers and microphones and even form a covert acoustical mesh network. Over this covert network, information can travel over multiple hops of infected nodes, connecting completely isolated computing systems and networks (e.g. the internet) to each other.

The method is supposed to enable malicious machines to infect other computers in a 65-foot radius with inaudible sounds that are capable of transmitting information as specific as keystrokes and passwords.

It's possible, but it's not quite as damning as it sounds. Like any real scientist will tell you, what works in the lab does not always work in the real world. After the Germans published their paper on the ultrasonic malware, security experts told Gizmodo that the victim computers would already need to be infected with some kind of malware for the method to work. Then, of course, the hacker has to be close to victim's computer.

But the idea endures. Like the scientists said, sound has the capability to create a "covert network" that can connect "completely isolated computing systems and networks." This internet of sound enables us to return to analogue means, eschewing some of the necessary complications of digital communications and operating in one of the most natural and old fashioned ways. It lets computers talk to each other, for good or for evil.

In the future, you could imagine how networks will continue to evolve. As technology improves and we develop new protocols for connecting our devices to each other, we're surely going to run into complications. That's all the more reason to pay attention to analogue means like sound. It may seem a little strange, and it's certainly not going to replace fibre optic cables any time soon. But it works.