The Evolution Of The Atmospheric Diving Suit 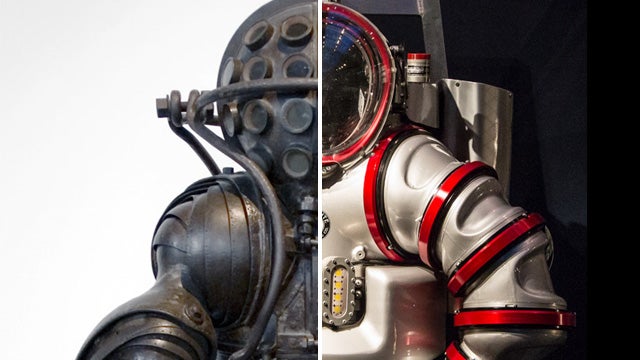 Last week, we introduced to you the totally awesome Exosuit, a $600,000 atmospheric diving suit, capable of taking a human 300m underwater at surface pressure. This means that the diver doesn't have to decompress and there is no need for special breathing gas mixtures, so there is no danger of decompression sickness or nitrogen narcosis.

Engineers have been trying to build hard, armoured suits since the 19th century; below is a brief history of these amazing deep-sea scaphanders.

This deep-sea atmospheric diving suit, designed by Alphonse and Théodore Carmagnolle (Marseille, France), was patented in 1882. It was the first properly anthropomorphic design. Sadly it never worked properly. 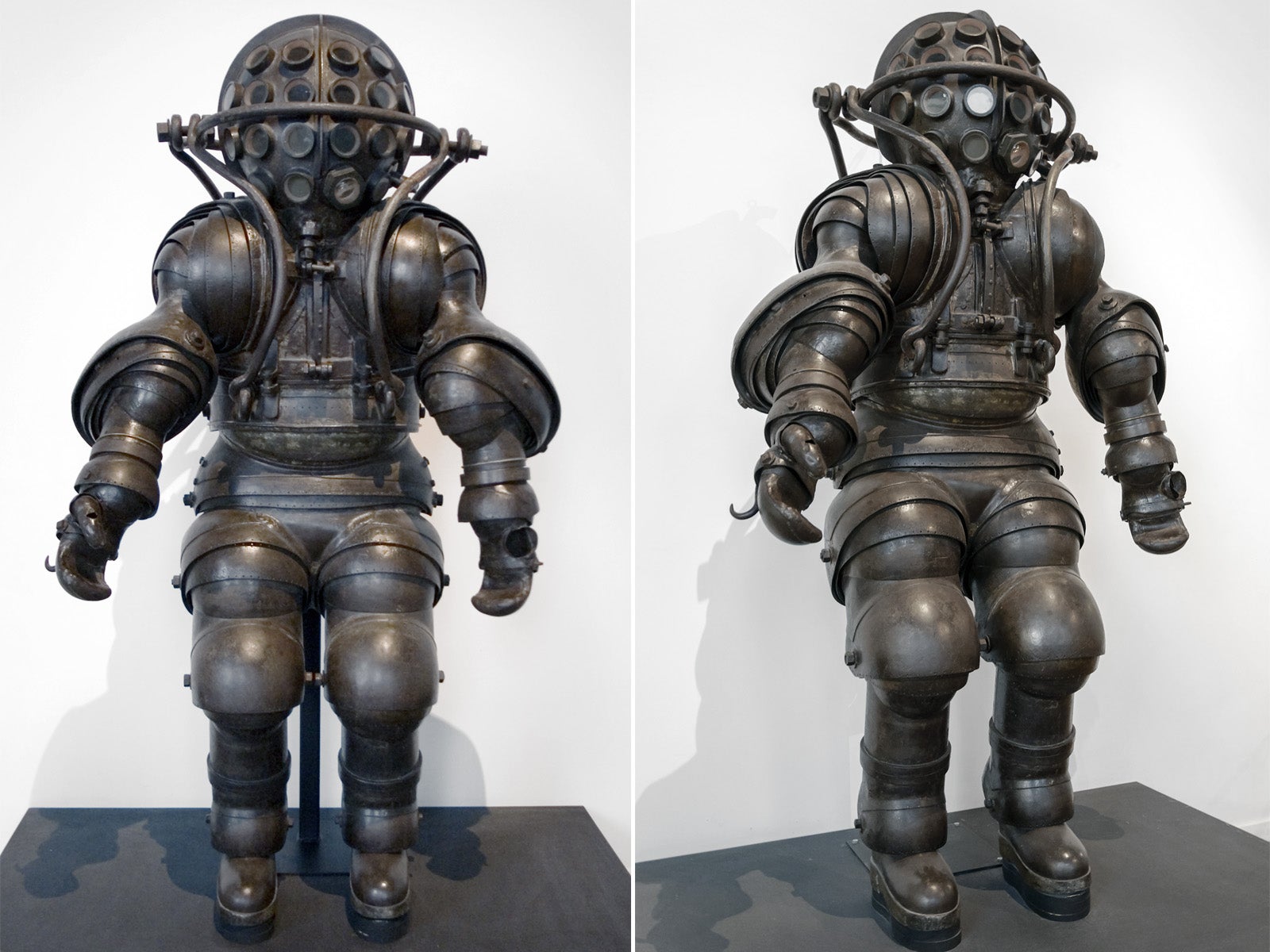 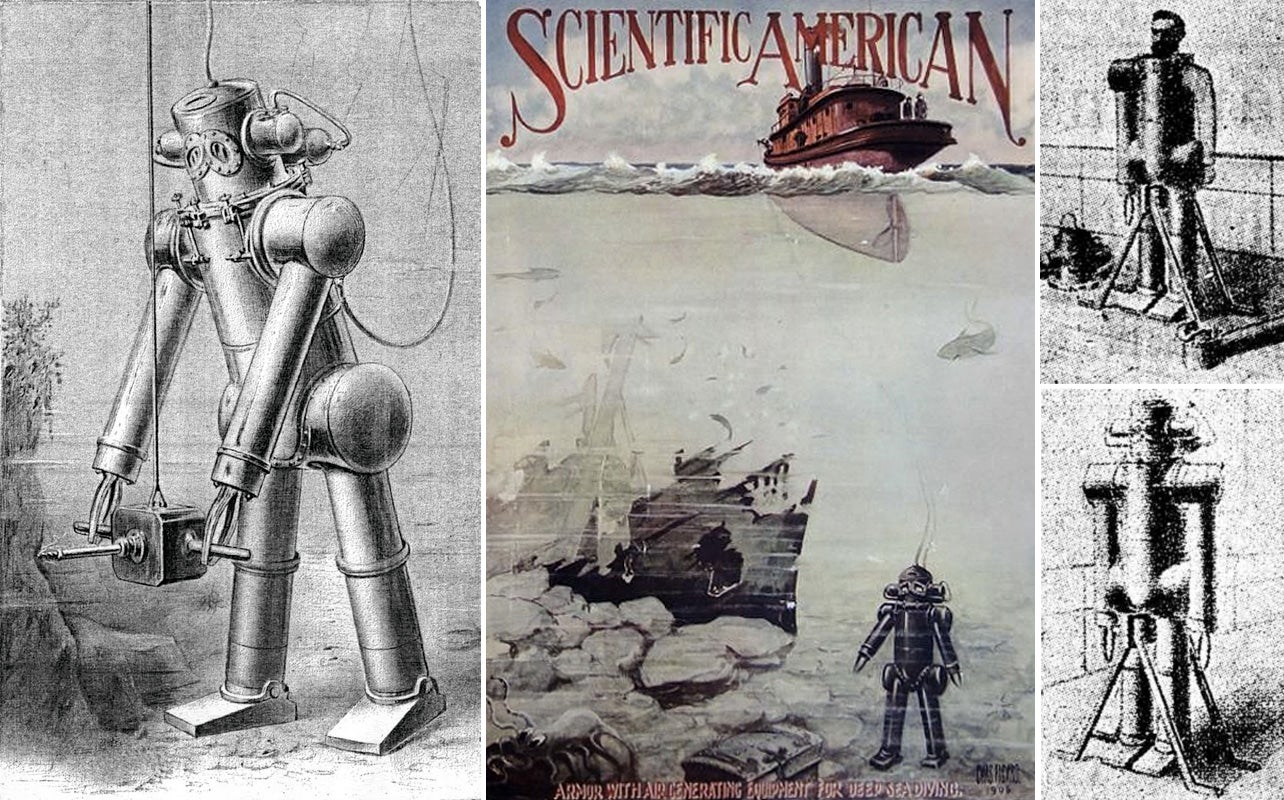 1911: Chester E. Macduffee next to his patented diving suit. It was made from aluminium alloy and weighted about 250 kilogramms. Macduffee's suit reached 65 meters of waterdepth in 1915! 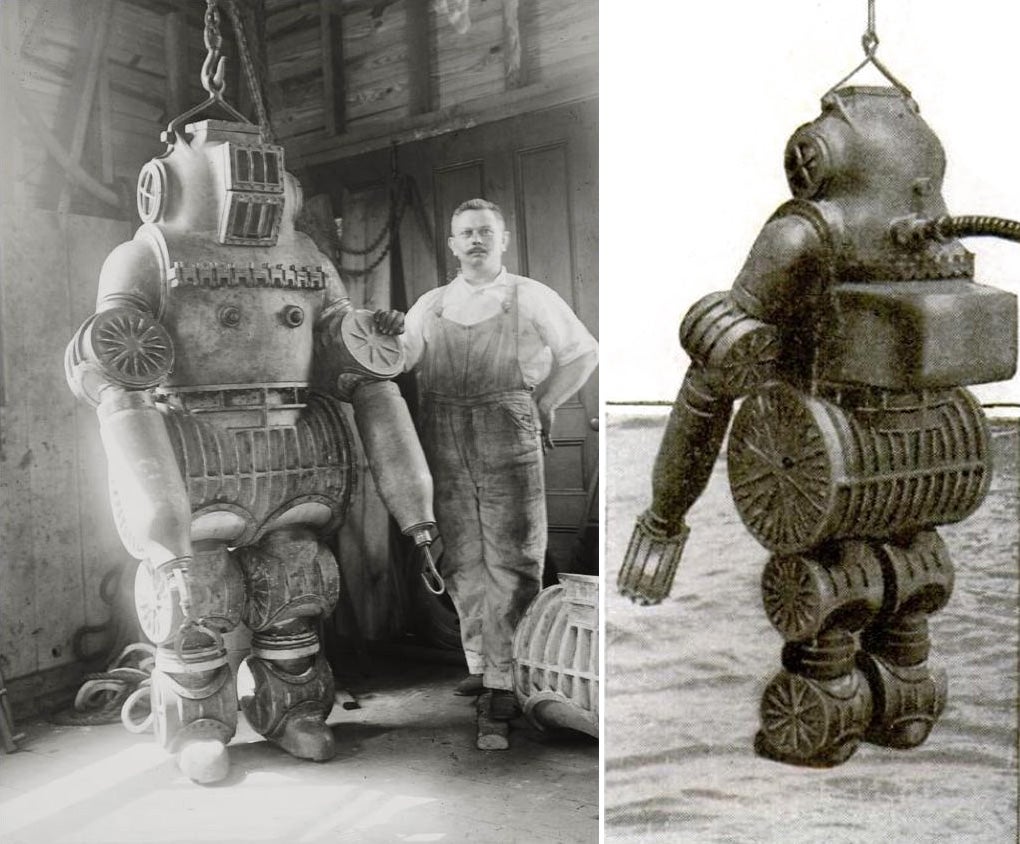 The Leavitt suit, designed by Captain Benjamin Leavitt, patented in 1920. The suit was made of manganese bronze, and could carry a four-hour supply of oxygen and a telephone. 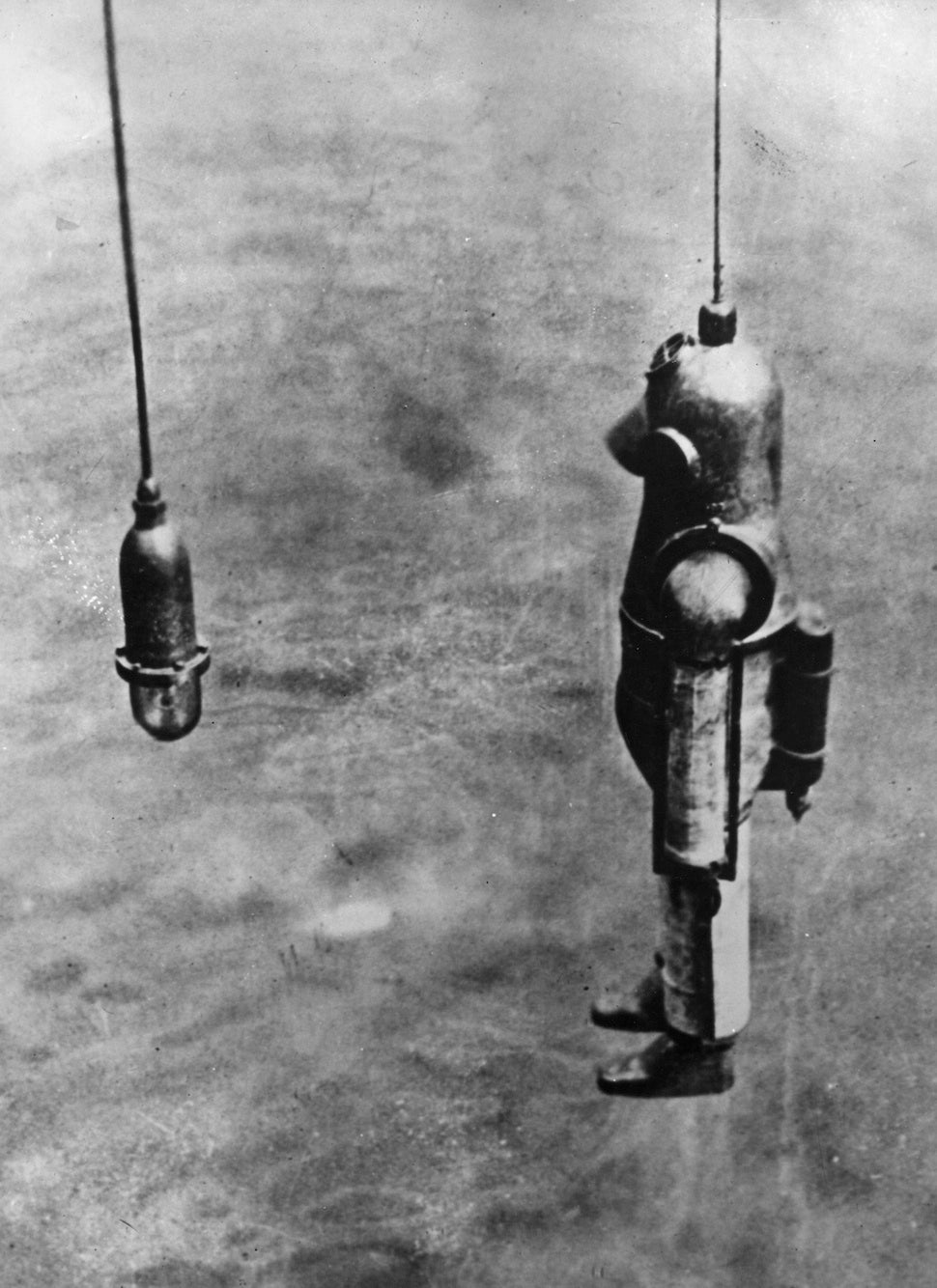 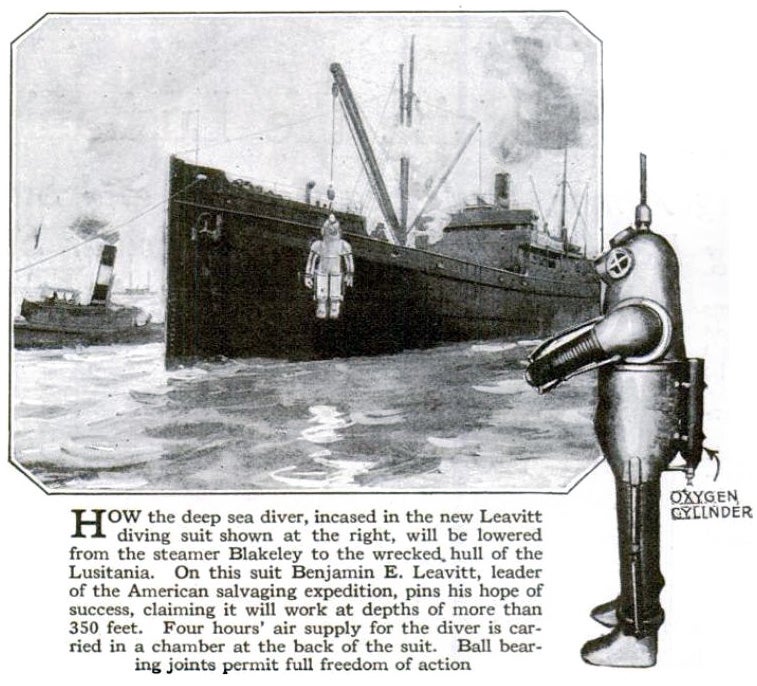 Diving suit made by the Neufeldt & Kuhnke company of Kiel, Germany, the first version of the N&K ADS called "Tiefseetaucher". 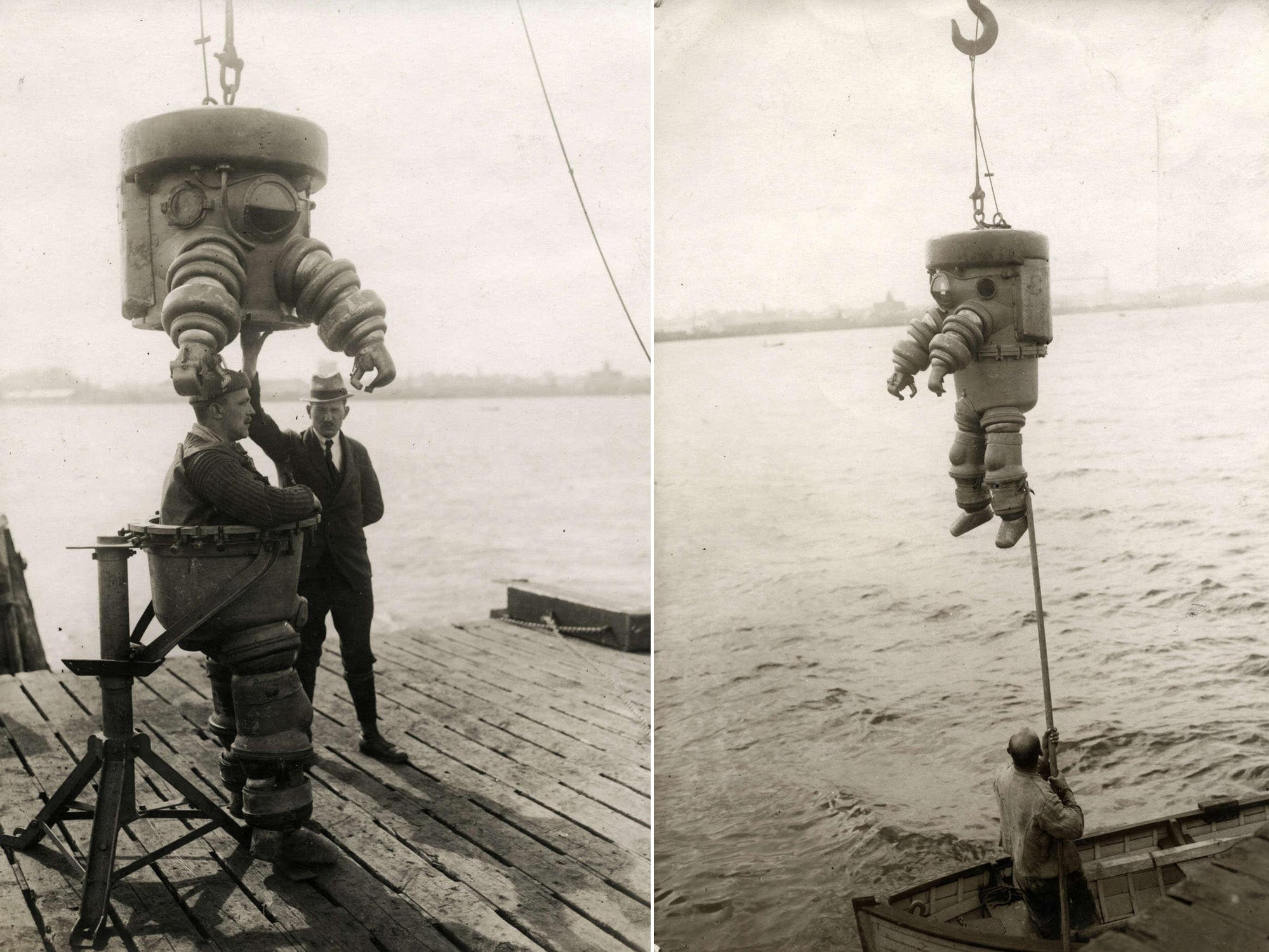 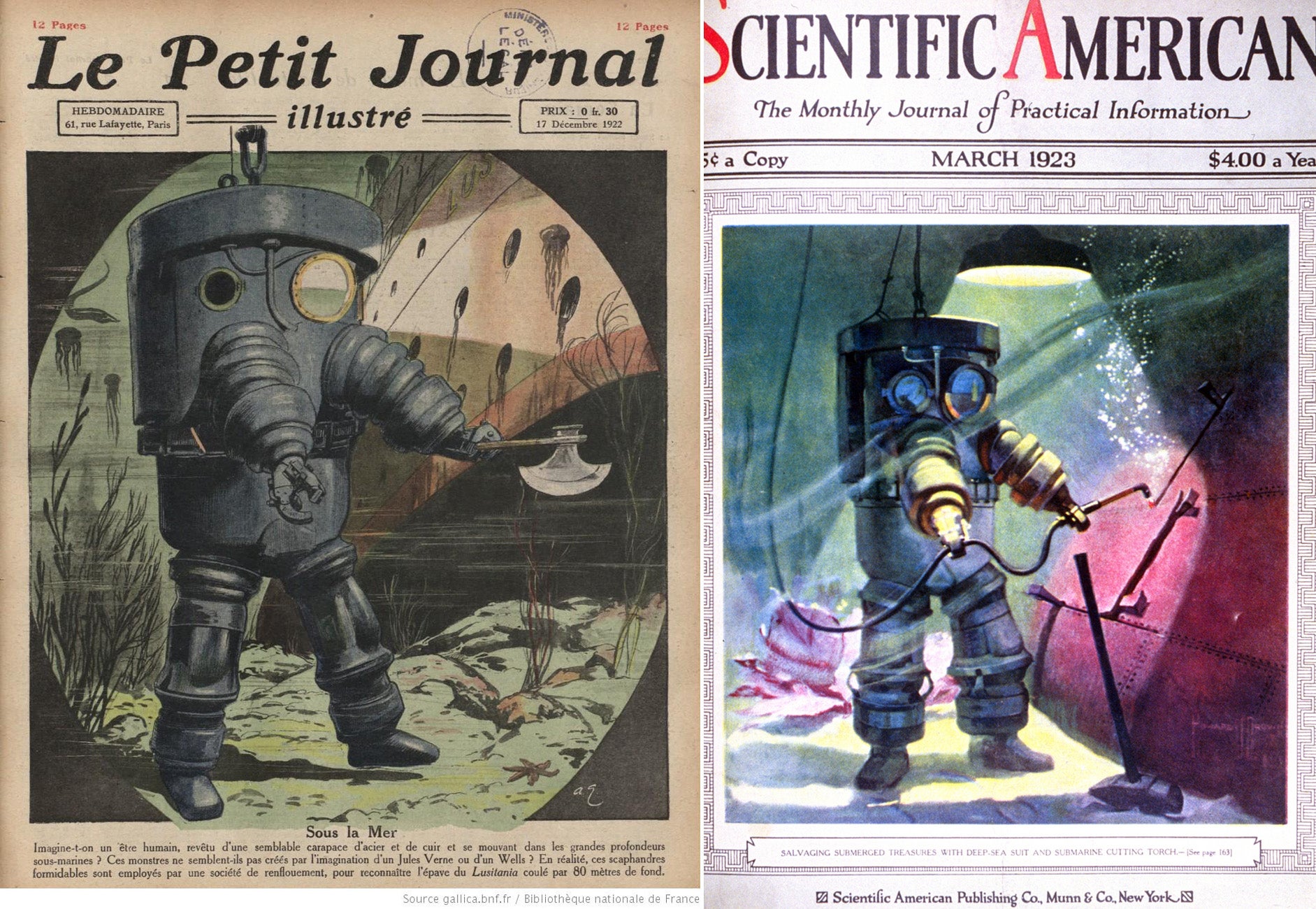 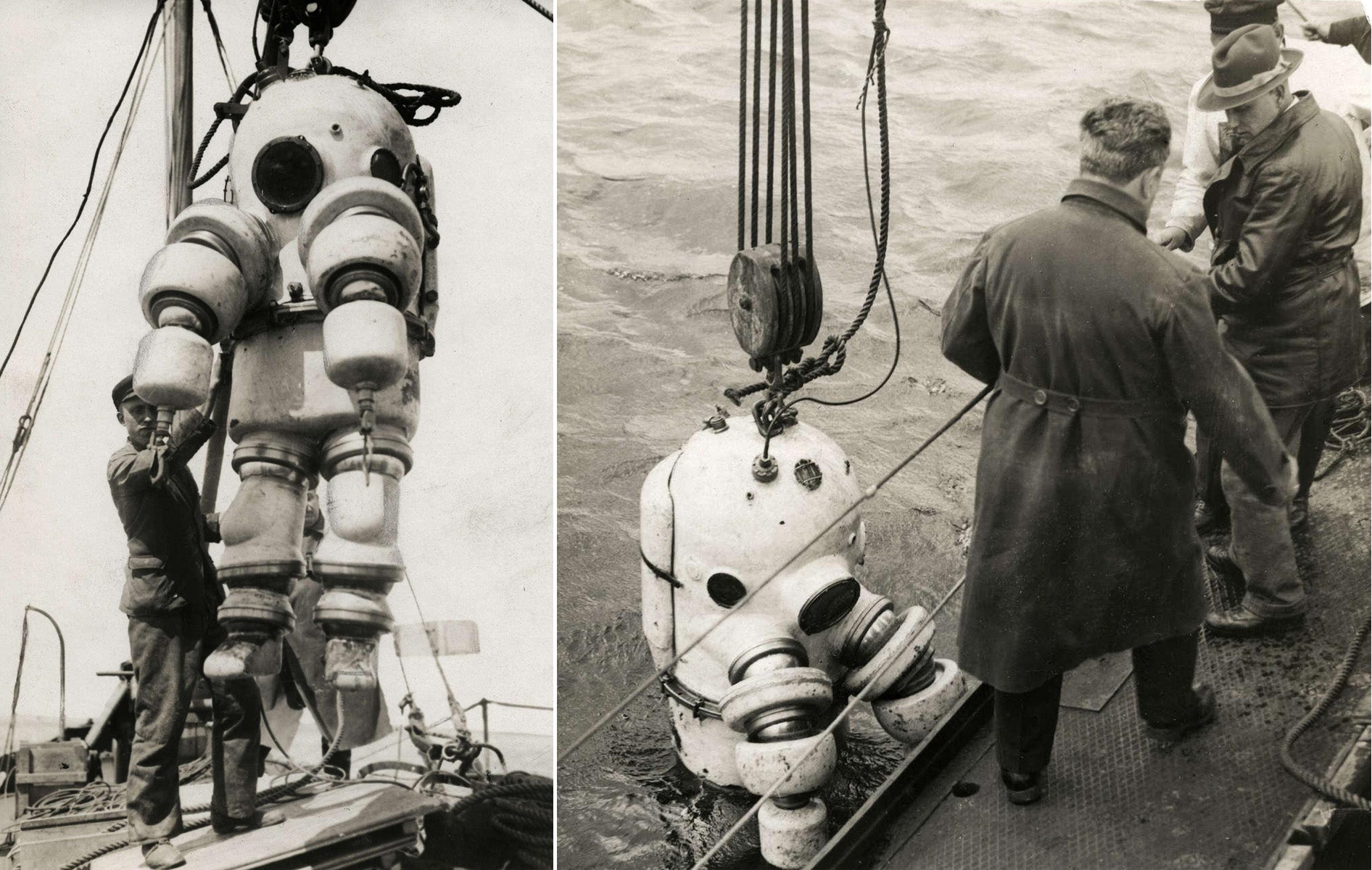 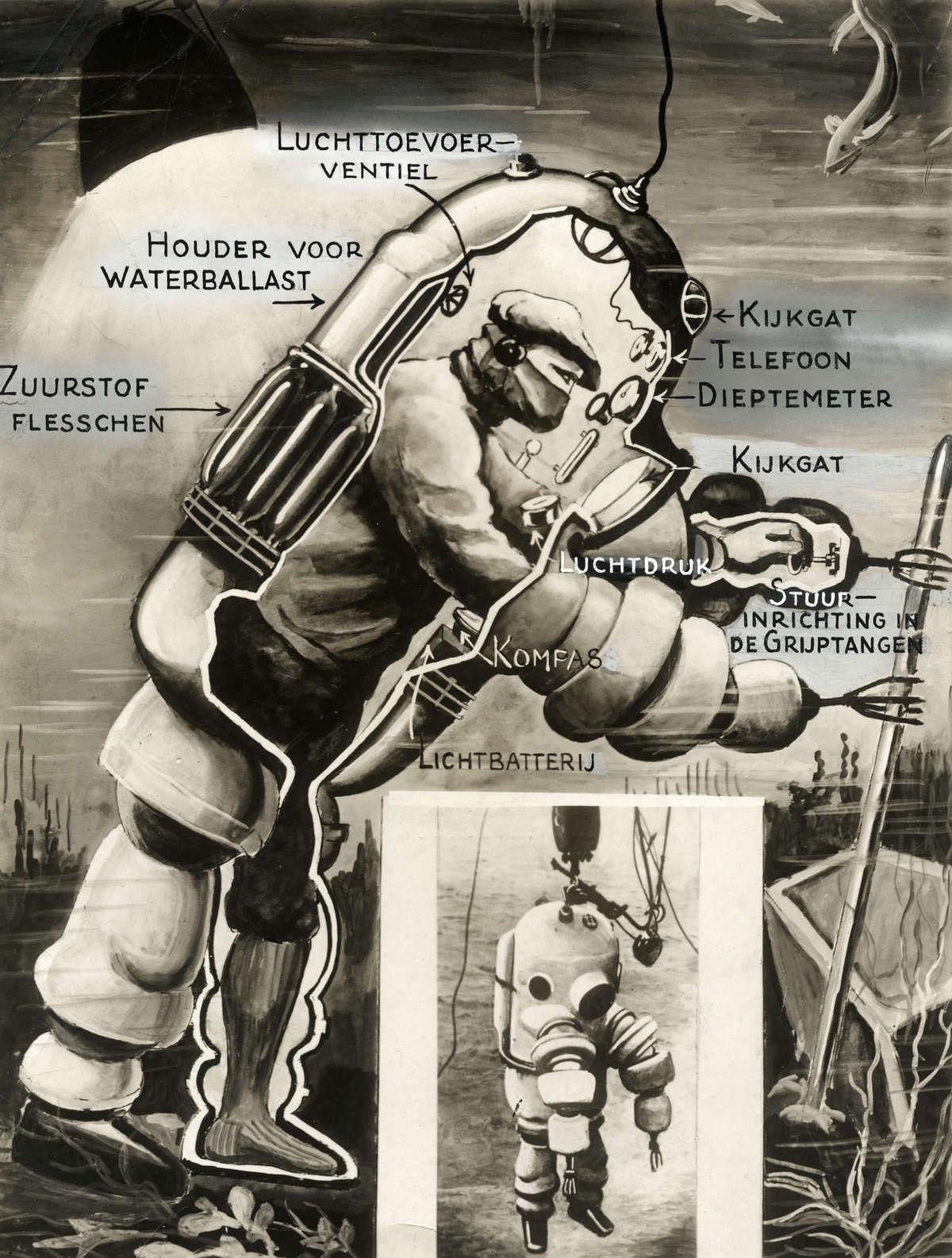 Picture: Memory of the Netherlands 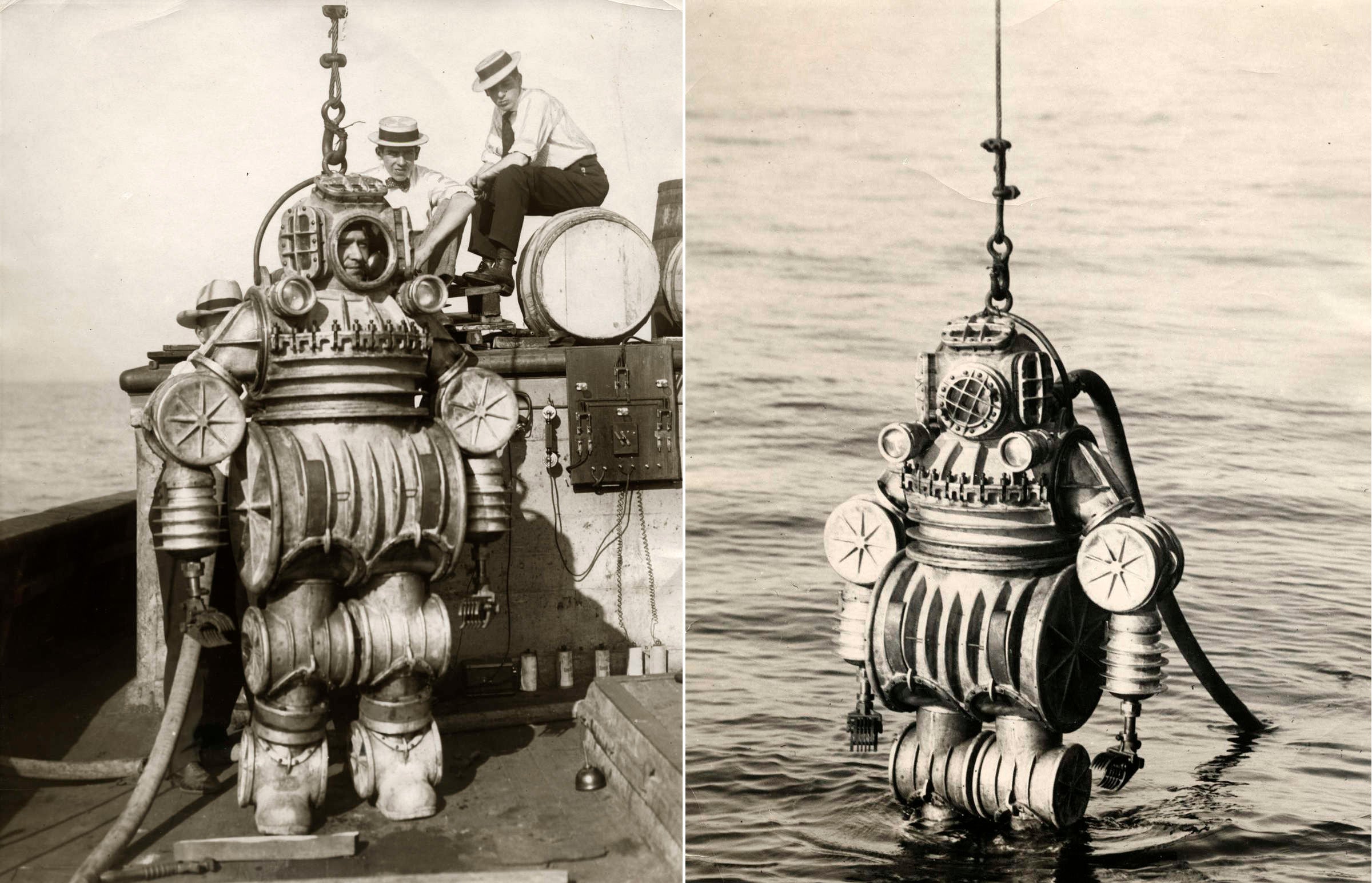 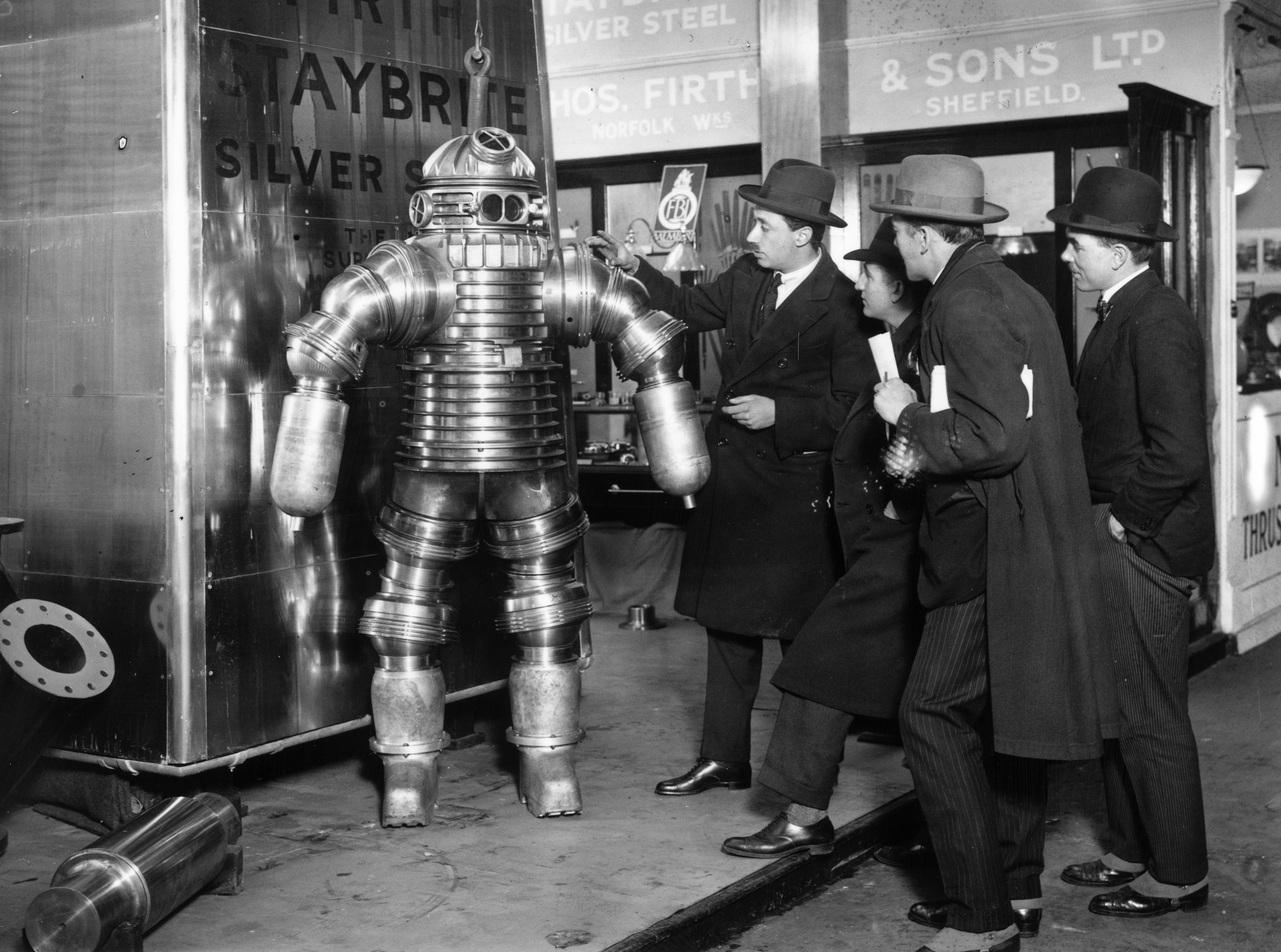 Iron Mike was built in 1930 by the New York Empire Marine Salvage Engineering Company to help in the recovery of sunken treasure and other valuable goods. It was designed by Thomas Patrick Connelly, patented only in 1935. 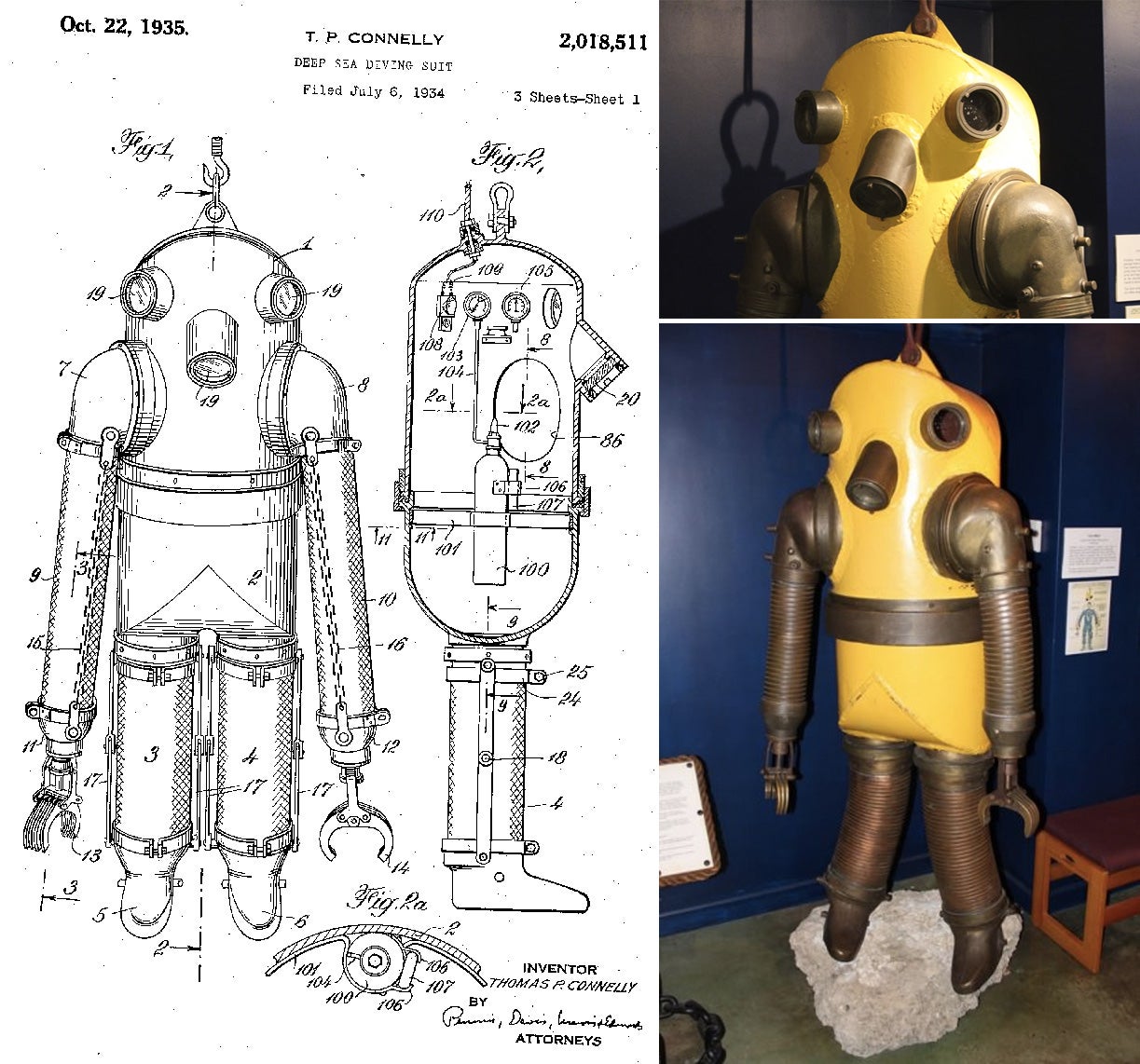 This piece of diving armour is referred to as Hagenuk or Iron Duke. It was made by Hagenuk in Kiel, Germany. In 1931 Iron Duke dove down to 450 feet to salvage sunken treasure from the wreck of the Egypt. The diver recovered 10 tons of silver and 5 tons of gold. It was the greatest treasure salvage of all time. 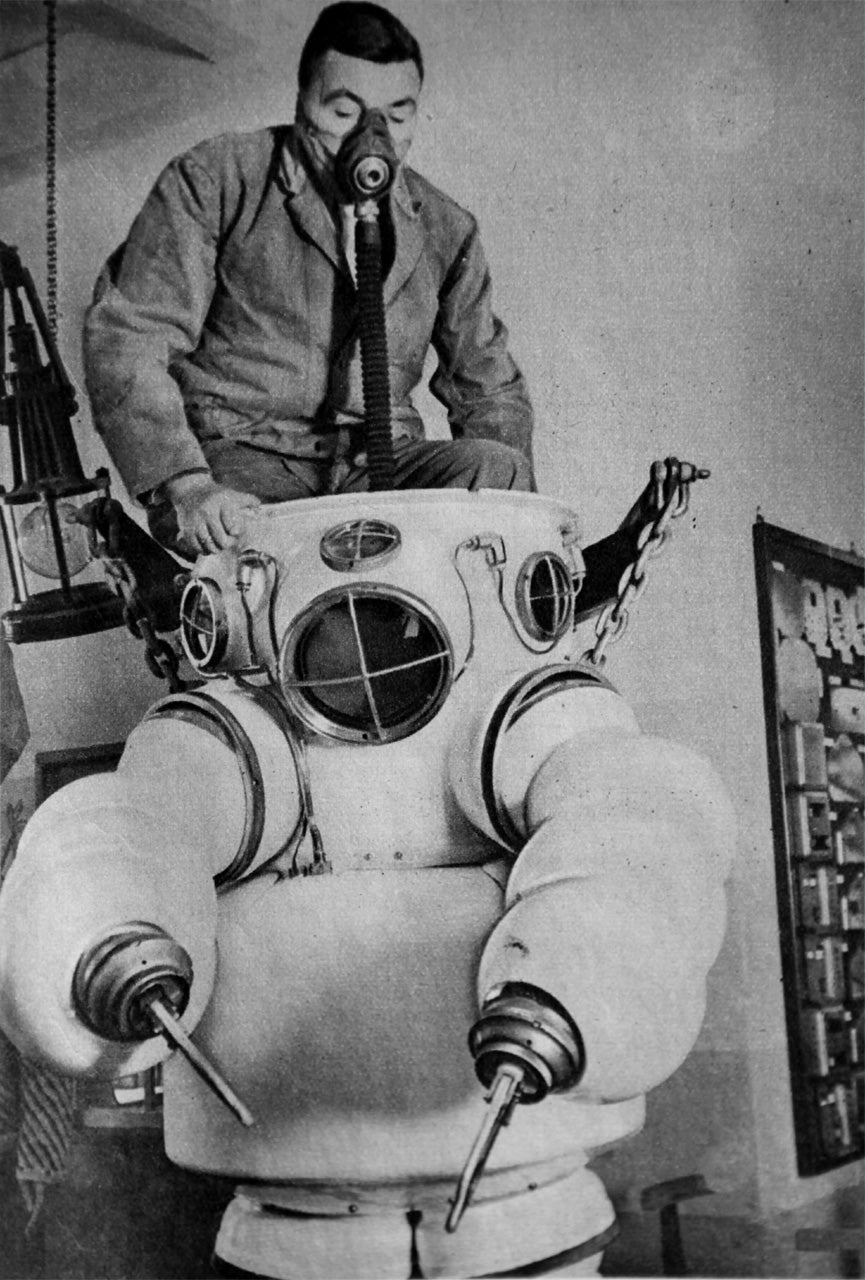 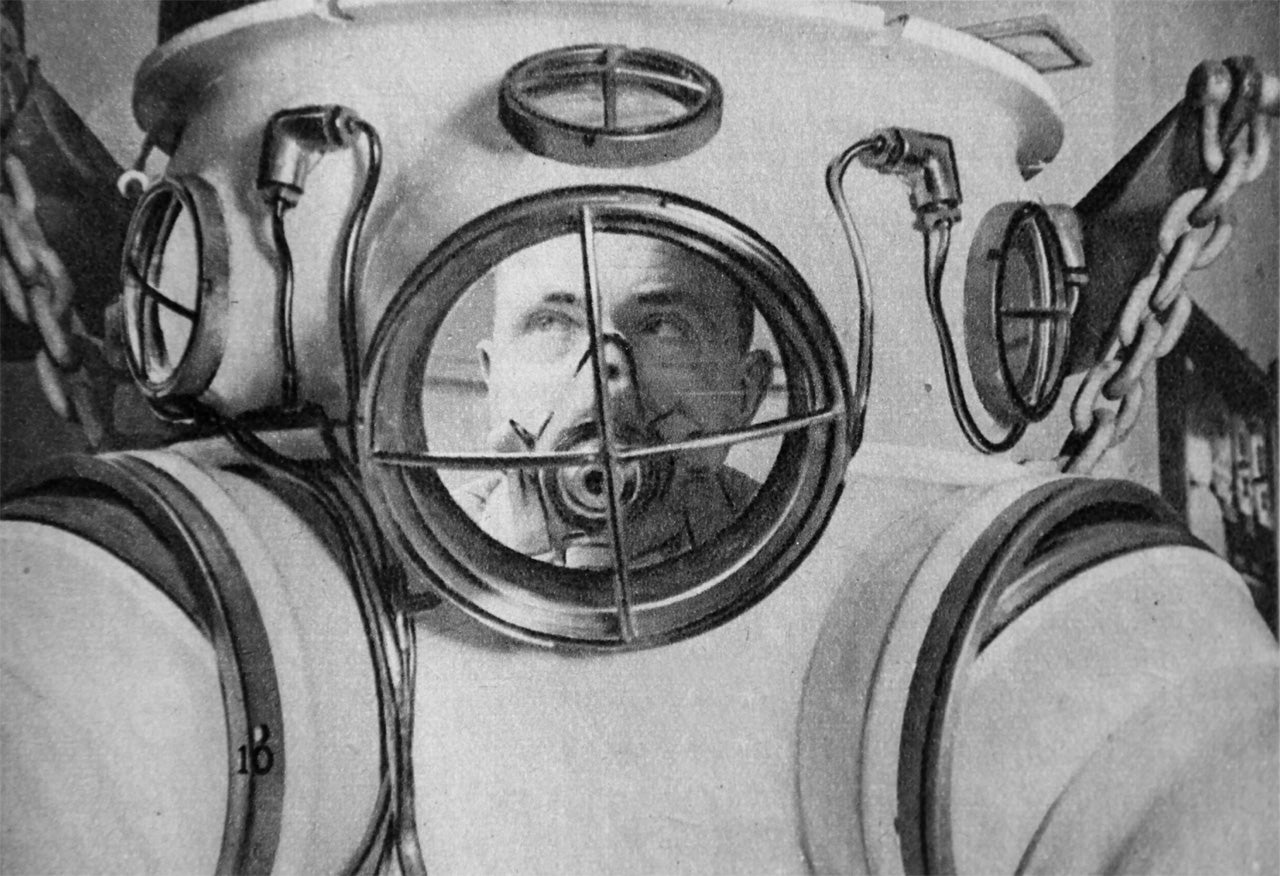 1931: All metal diving suit equipped with telephone and electric headlights, for salvage operations at depths of 200 feet or more. 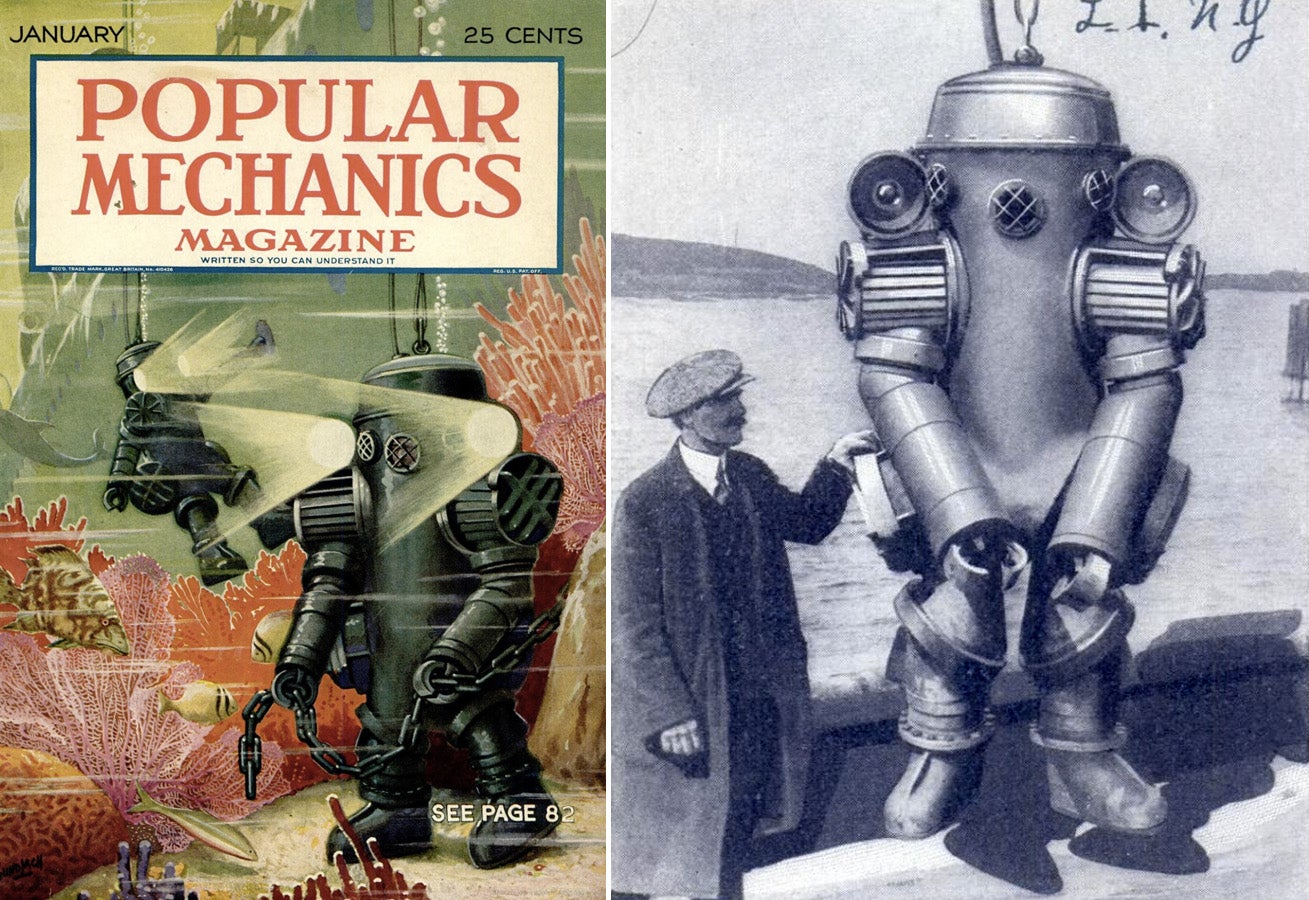 Tritonia, Joseph Salim Peress' 1-atm dive suit (on the left), explored the Lusitania wreck in 1935. Jim Jarrett was Peress's chief diver and made this dive to 312 feet. This suit was a precursor to the "Jim" suit, named for Jim Jarrett. 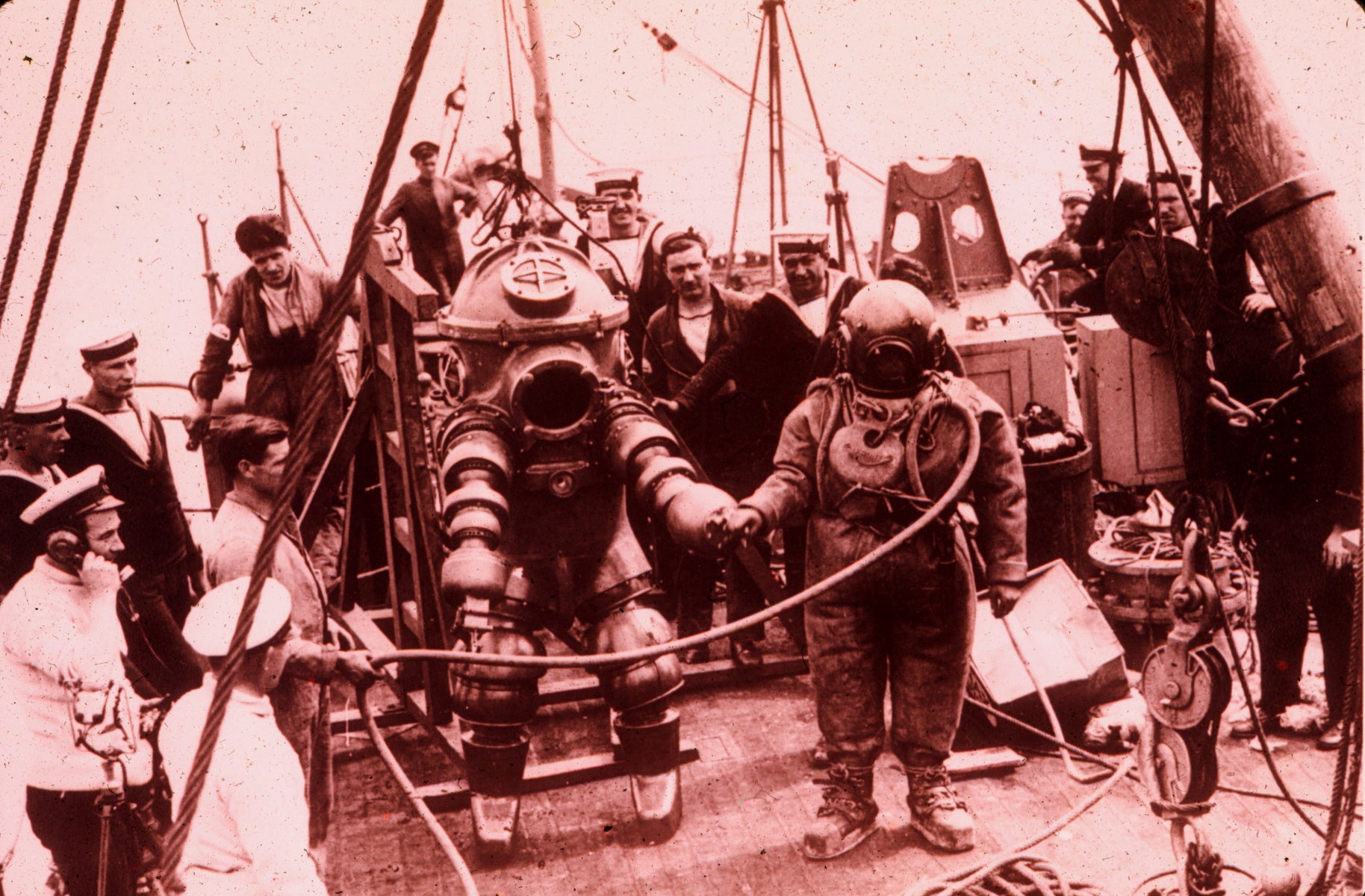 Roberto Galeazzi, the famed Italian helmet maker and one of his early atmospheric diving suit. 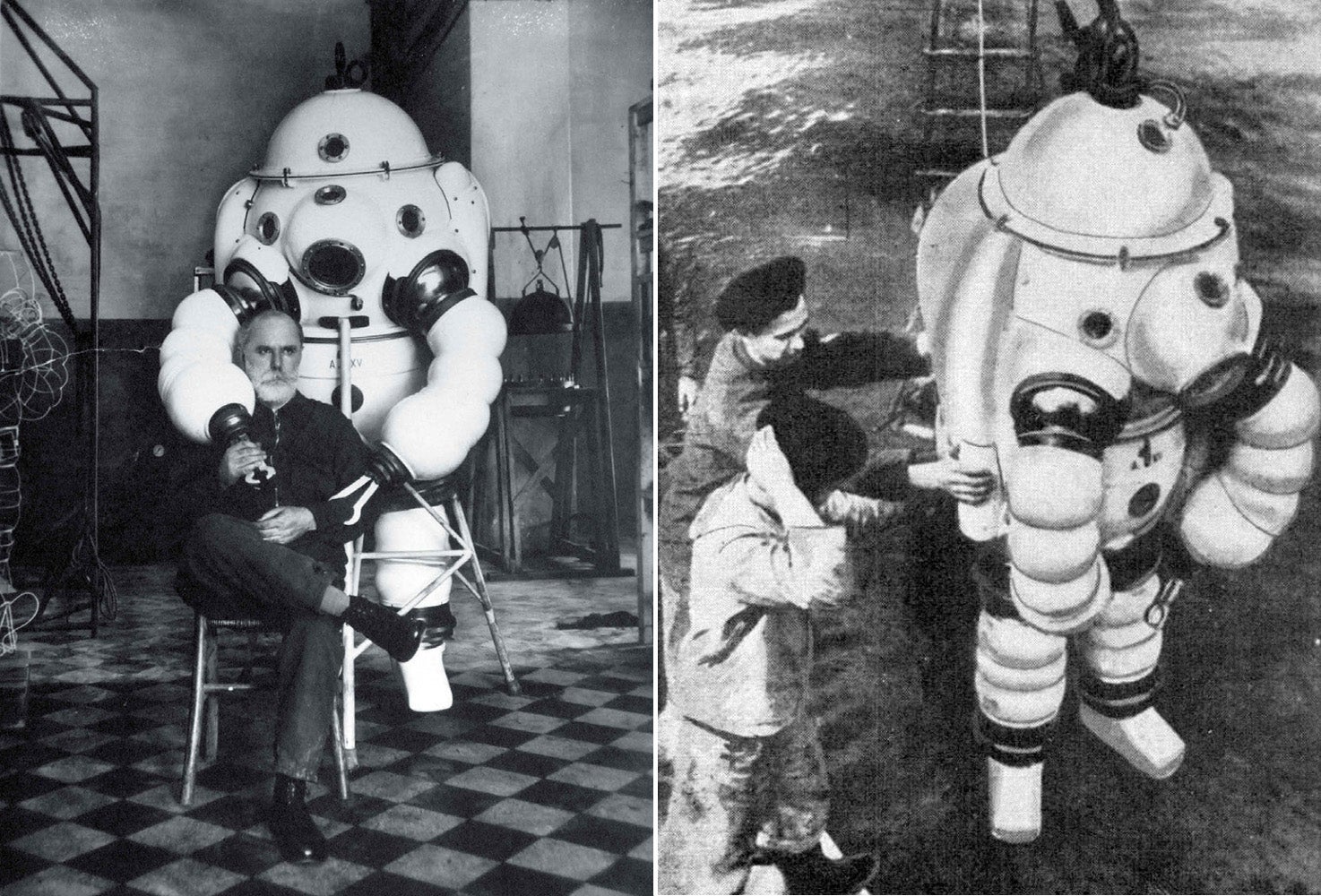 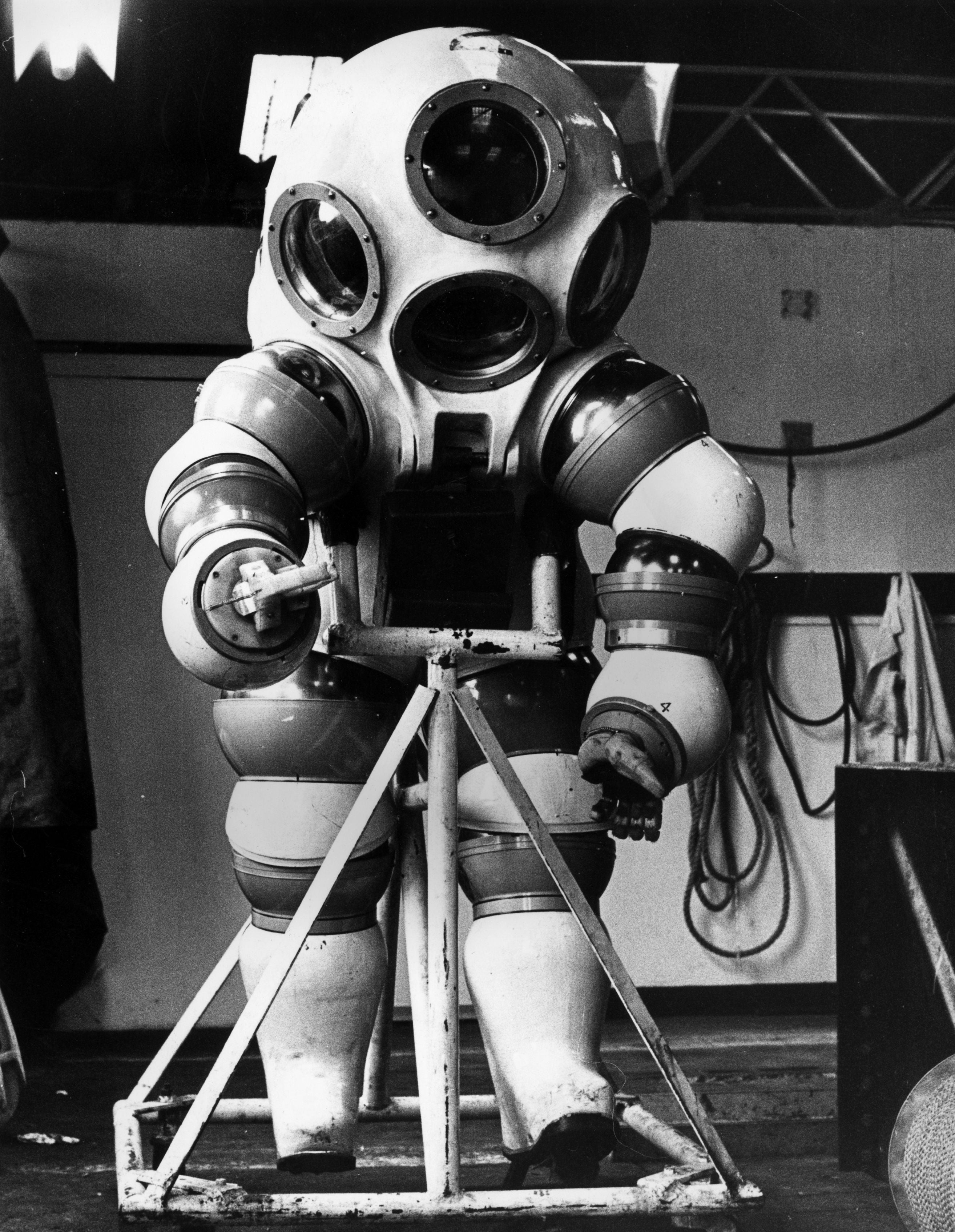 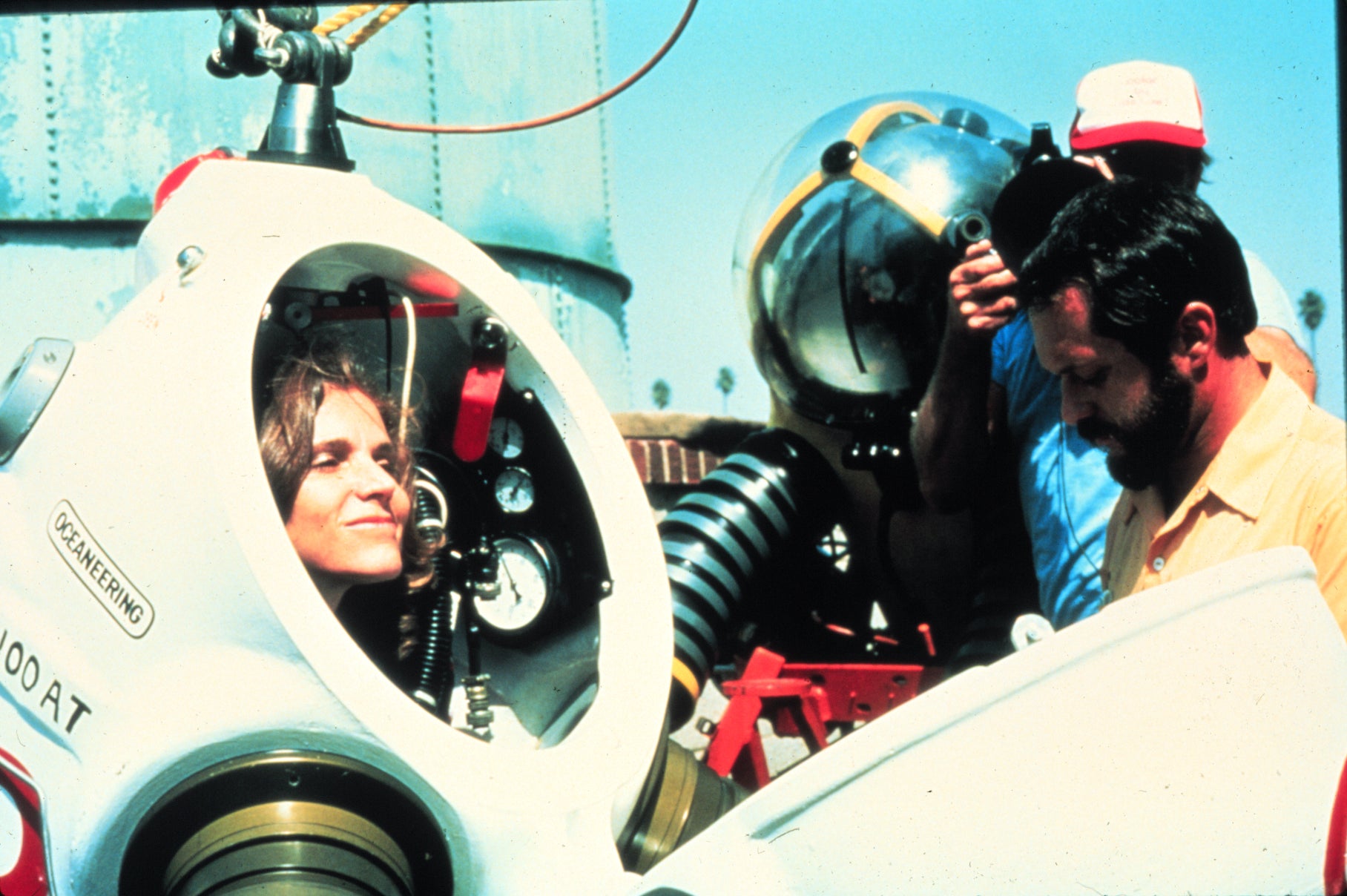 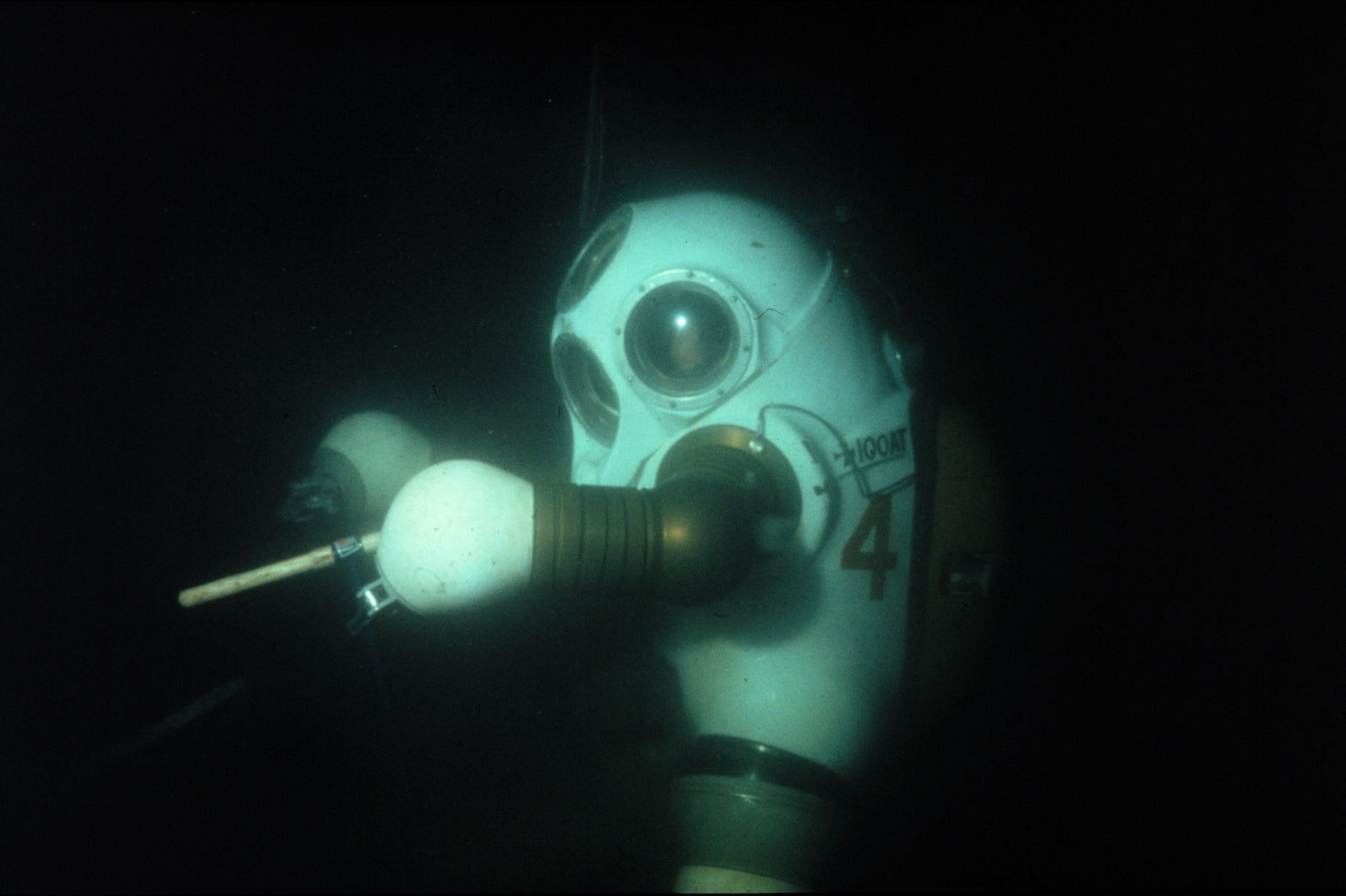 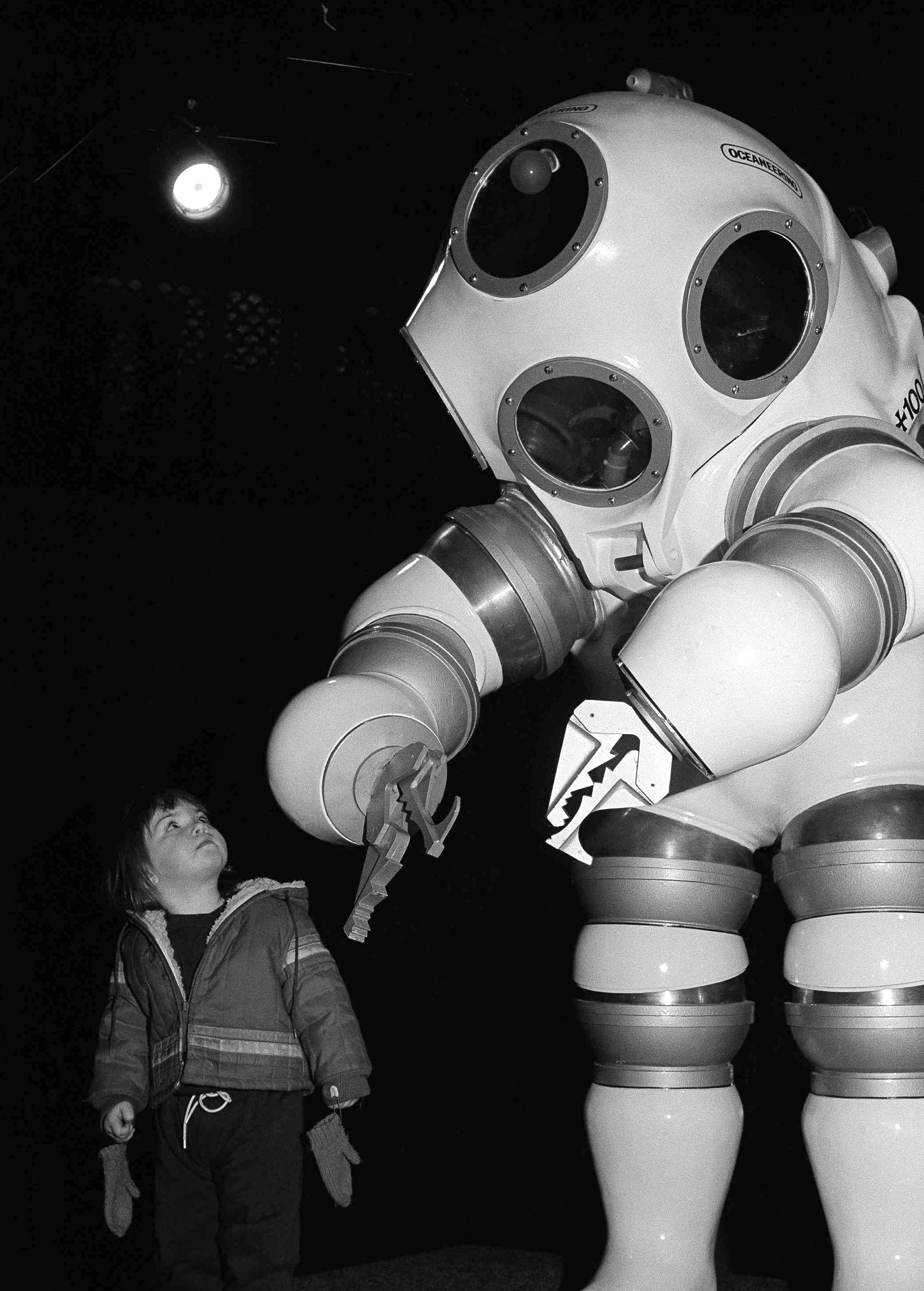 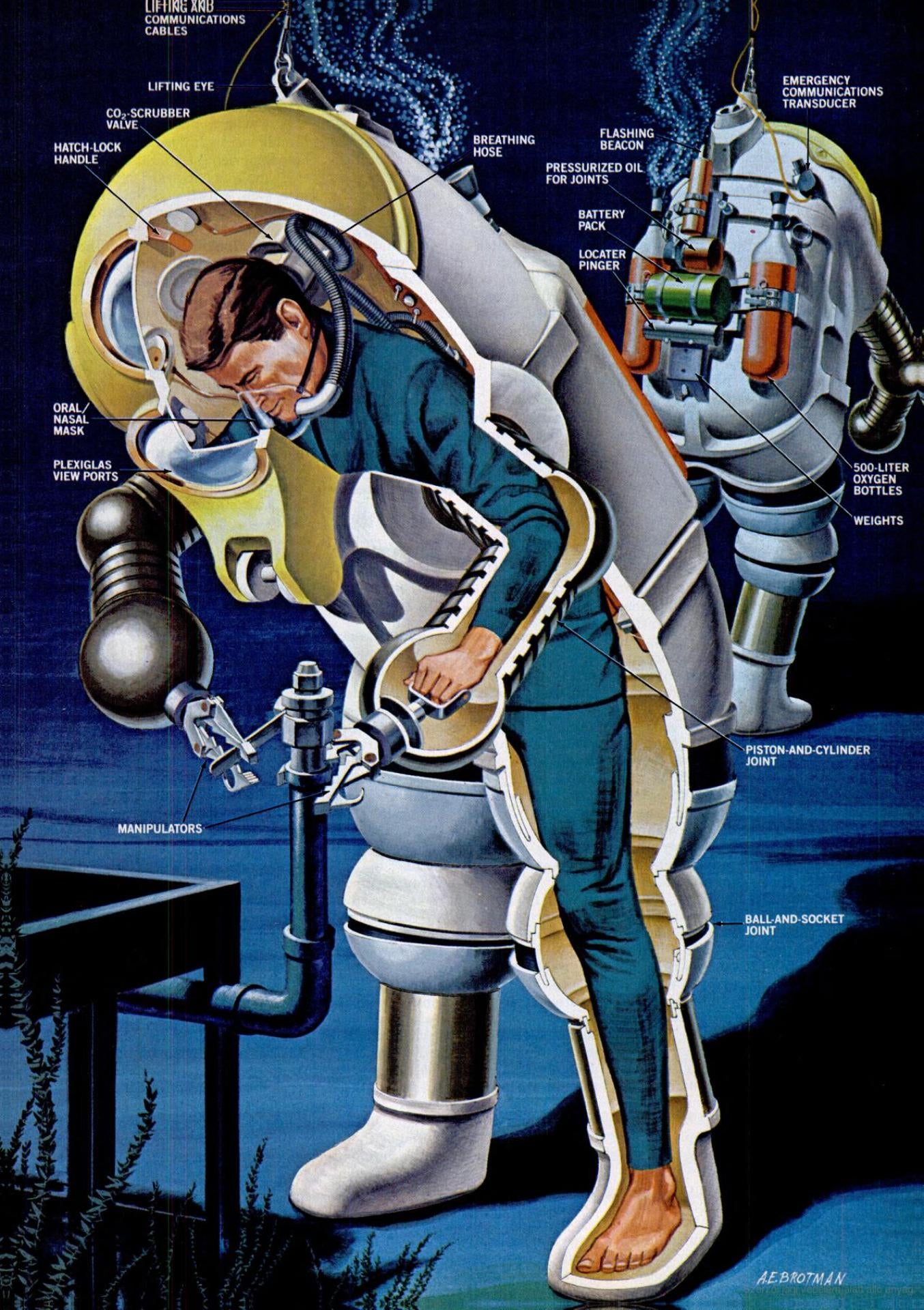 WASP is a modified JIM suit with thrusters, piloted here by Graham Hawkes. 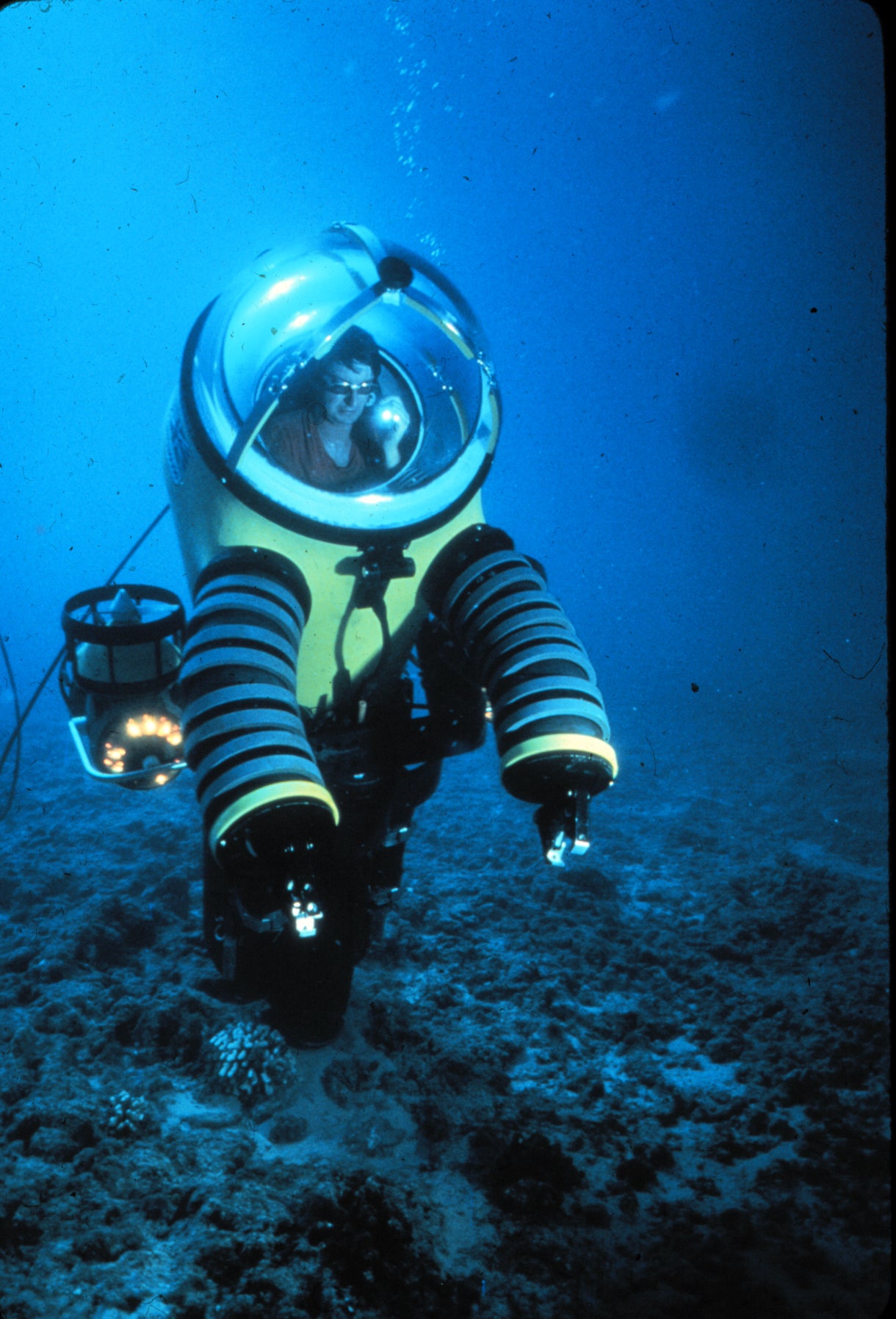 1987: The Newtsuit 1000 is a lightweight atmospheric diving system (ADS) and was invented and patented by Nuytco Research Ltd's Phil Nuytten. 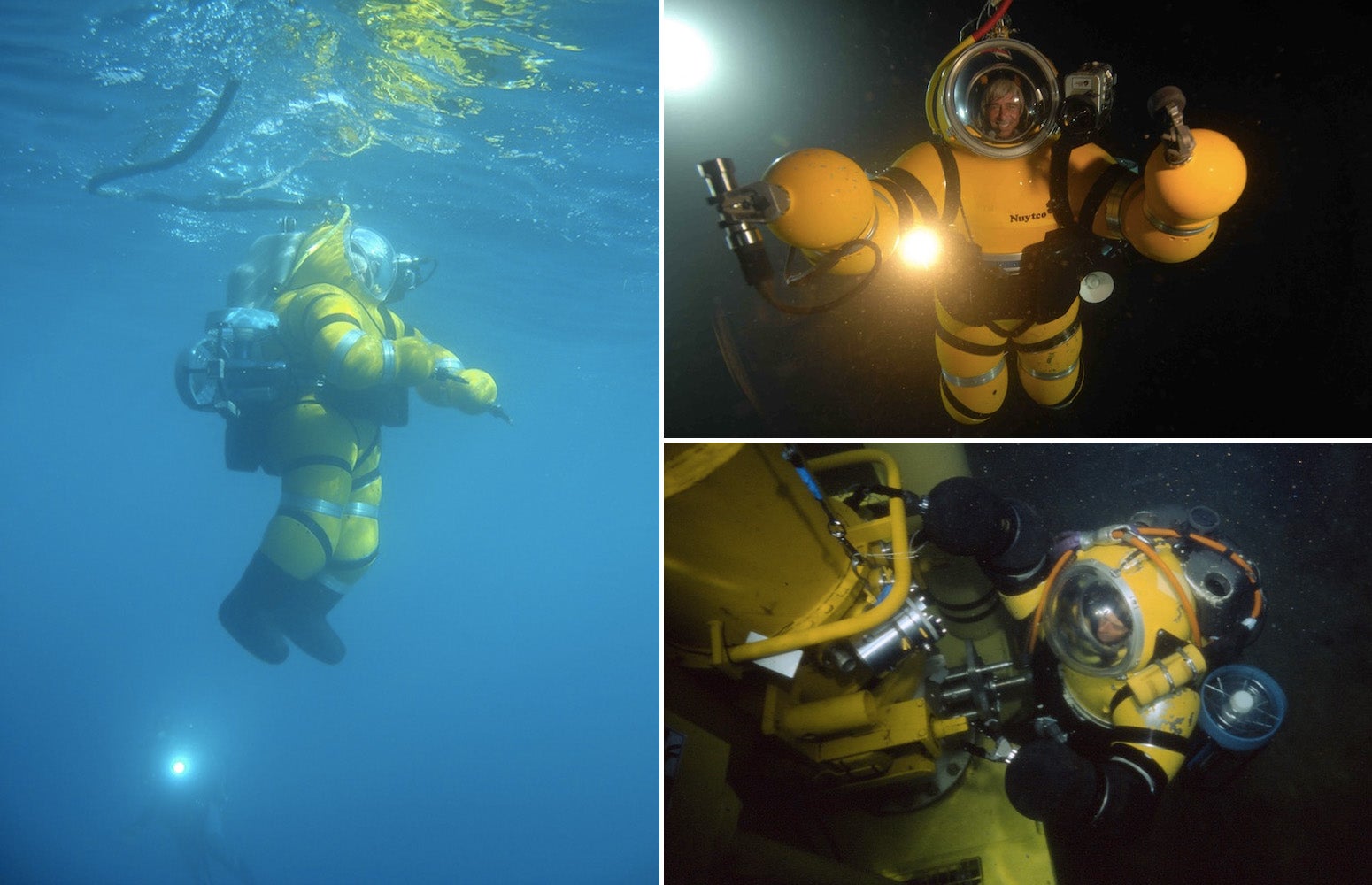 The ADS 2000 was developed jointly with OceanWorks International Corp. and the US Navy in 1997, as an evolution of the Newtsuit to meet US Navy requirements. In 2006 Chief Navy Diver (DSW/SS) Daniel P. Jackson submerged 2,000 feet, setting a record using the ADS 2000. 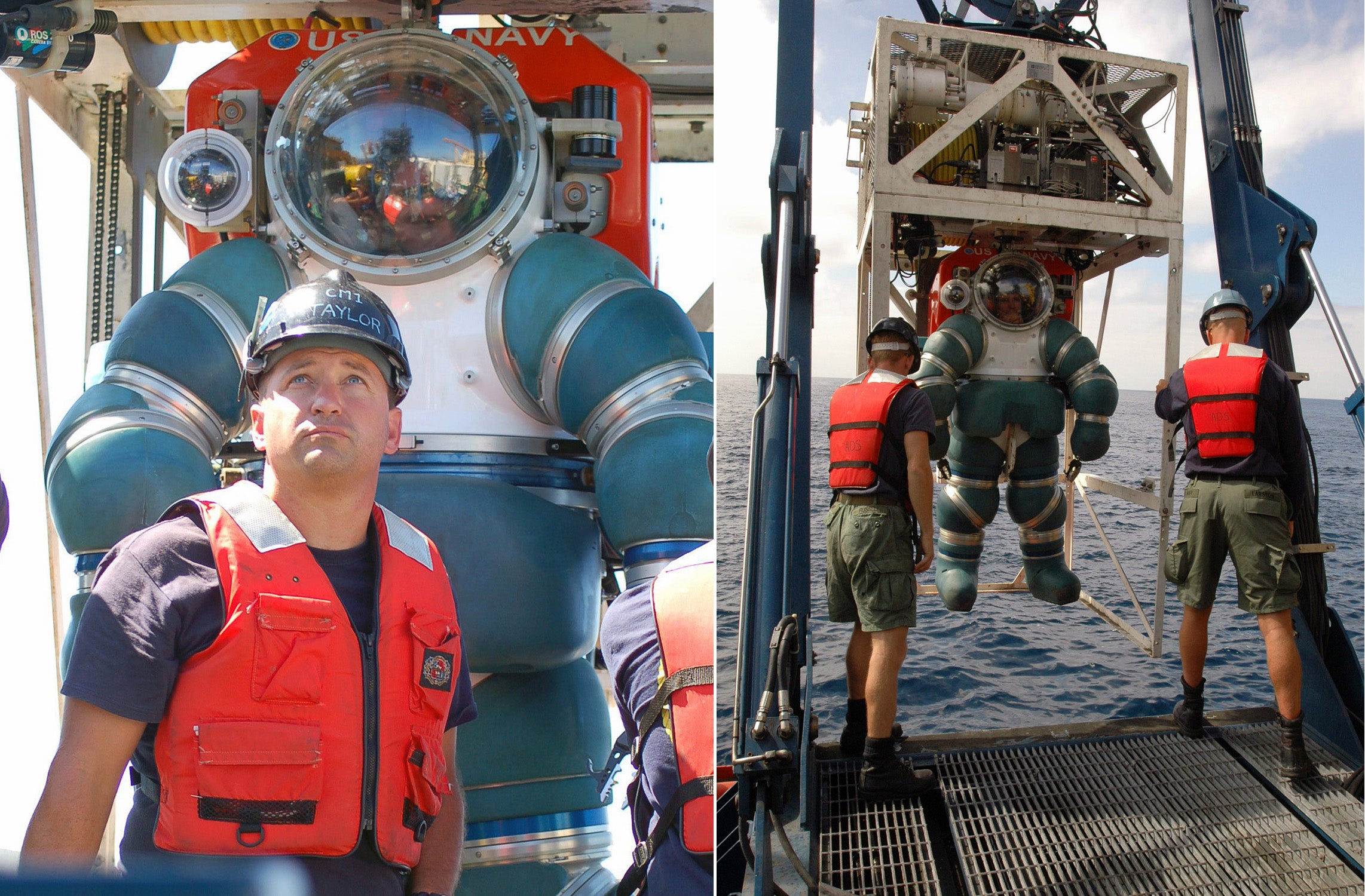 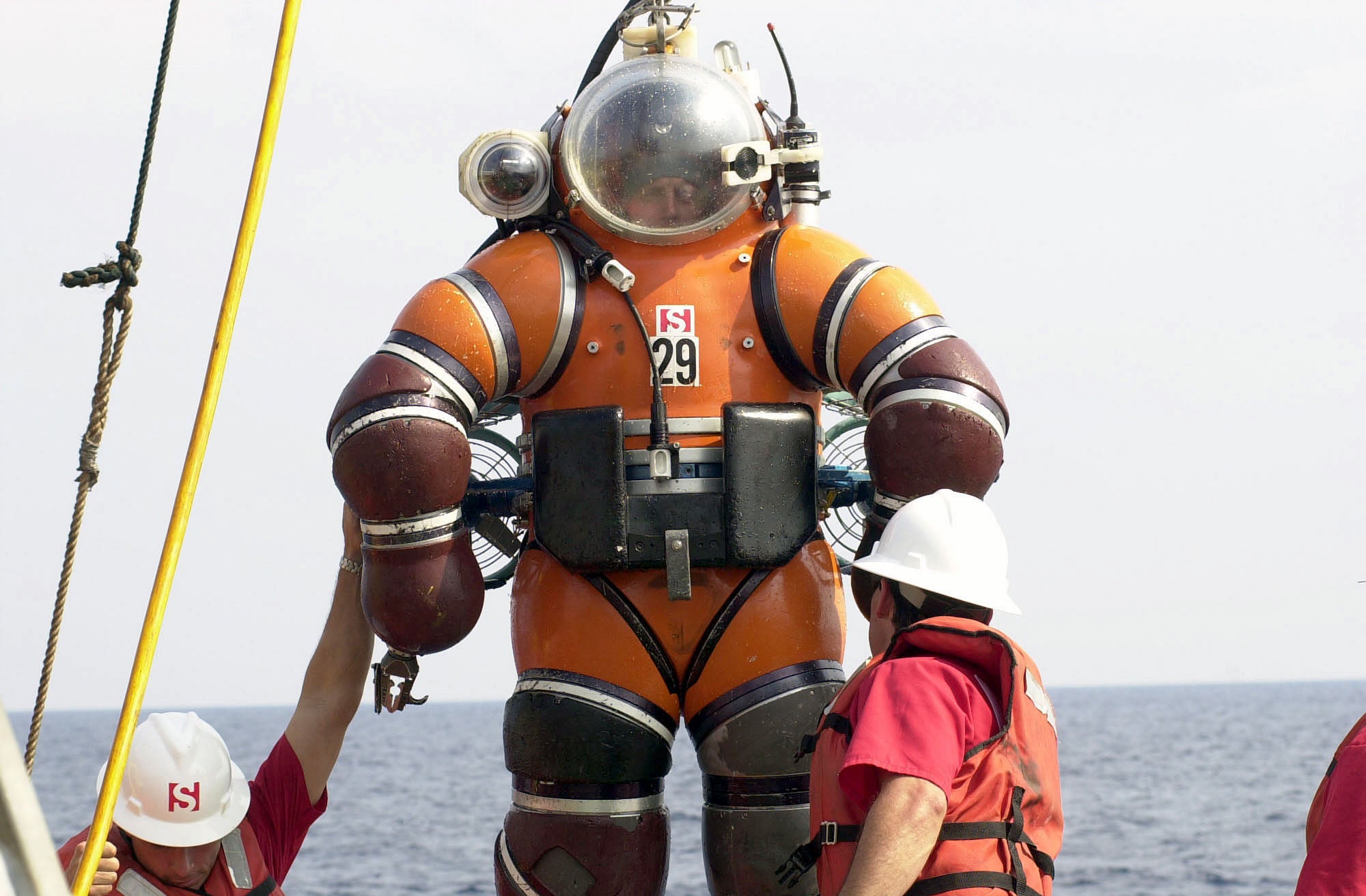 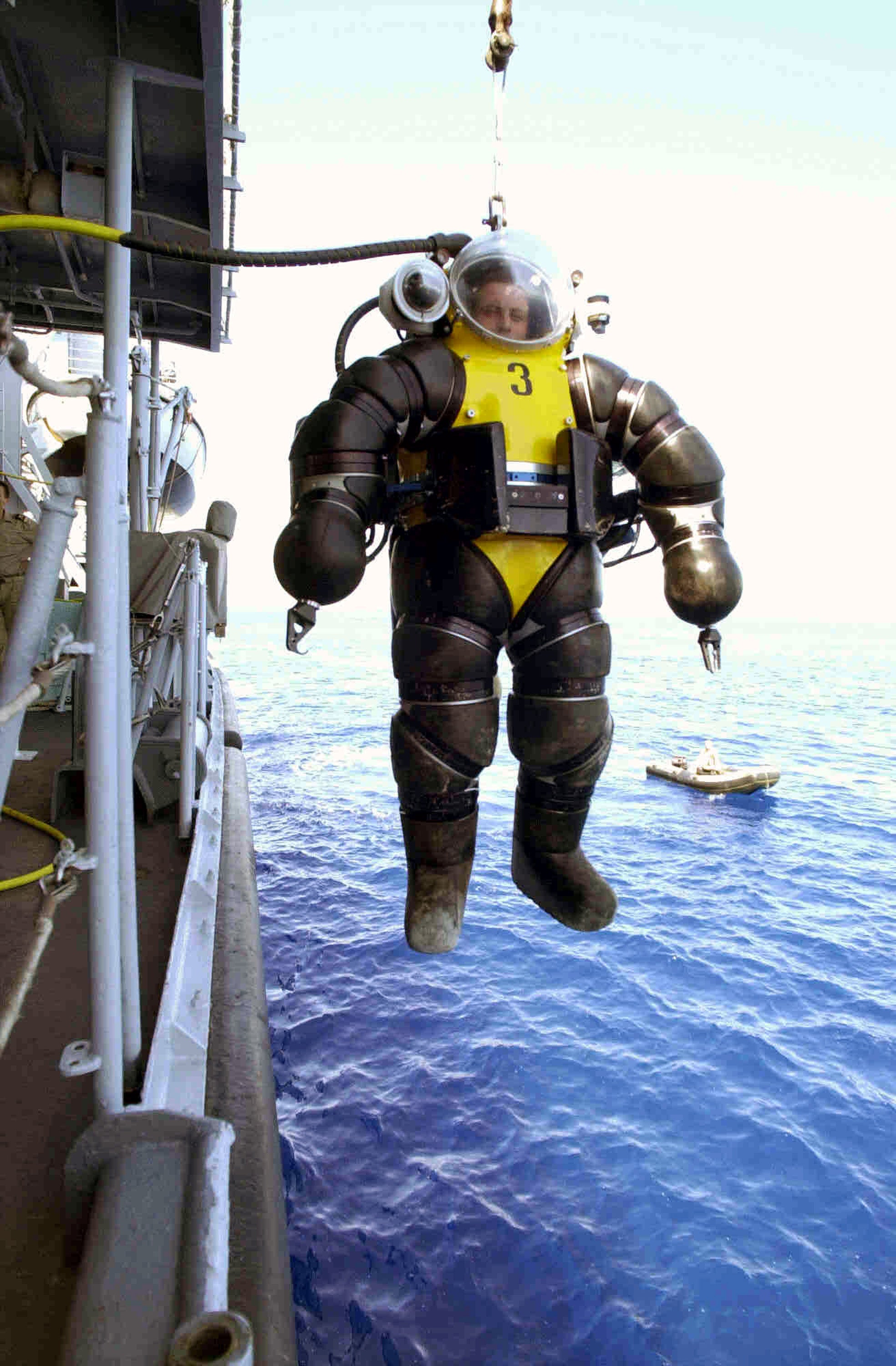 2014: The Exosuit by Nuytco Research Ltd. 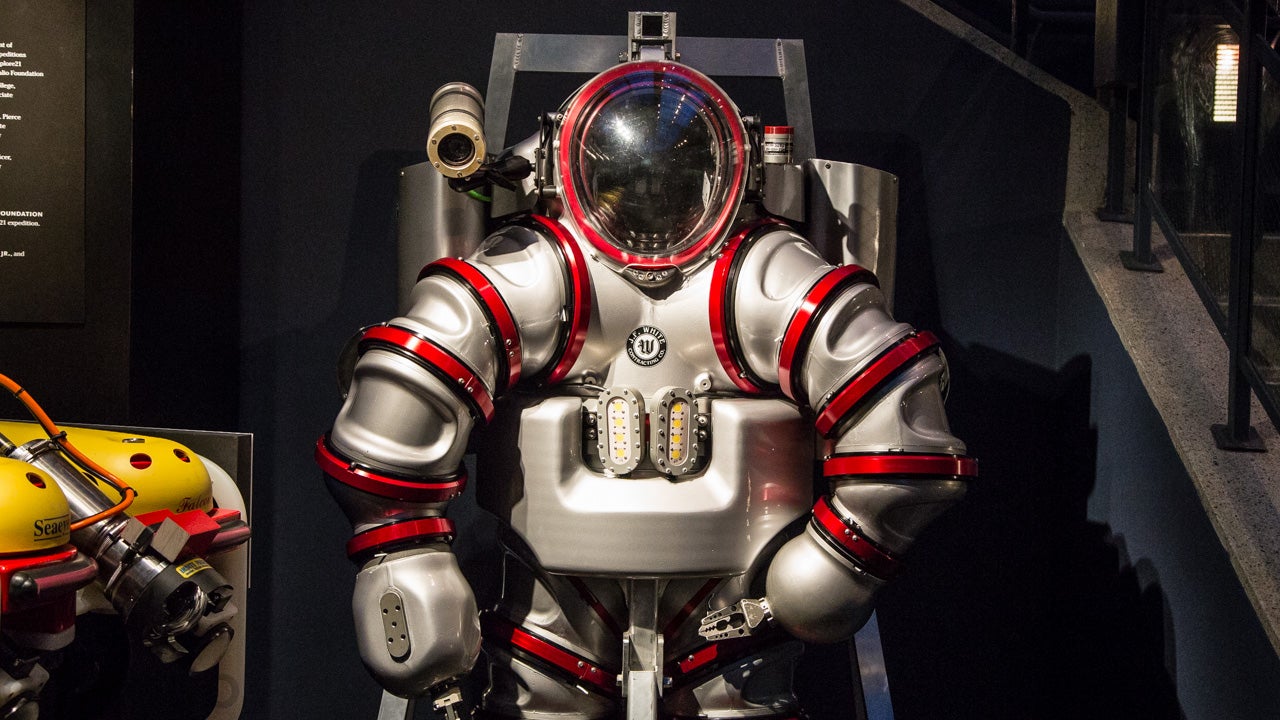 Ryan F. Mandelbaum 29 Mar 2020 9:04 AM
Marine biologists have found evidence of a previously unobserved deep-sea migration route more than 4,500 feet beneath the surface of the Atlantic Ocean, according to a new paper.