SurroundWeb: Microsoft's Plan To Cloak Your Living Room With Internet 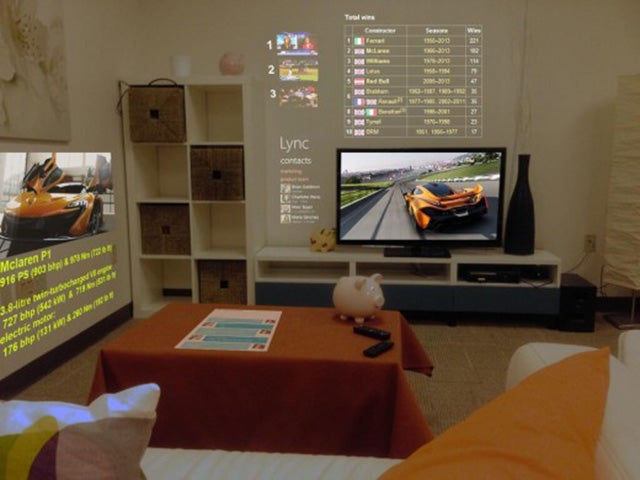 Your browser is in all your devices. Hell, you can even get it in your watch if you're down with that. And in the Microsoft world, its next destination is your living room wall.

Microsoft Research has cooked up a prototype of something called SurroundWeb, a holodeck-style system that finds the flat surfaces in a room, and projects the internet onto them. Microsoft lays it out:

We introduce SurroundWeb, the ﬁrst least-privilege platform for immersive room experiences. SurroundWeb is a "3D Browser" that gives web pages the ability to display across multiple surfaces in a room, adapt their appearance to objects present in that room, and interact using natural user input.

SurroundWeb enables least privilege for these immersive web pages by introducing two new abstractions: ﬁrst, a Room Skeleton that enables least privilege for room rendering, unlike previous approaches that focus on inputs alone. Second, a Detection Sandbox that allows web pages to register content to show if an object is detected, but prevents the web server from knowing if the object is present. SurroundWeb provides three privacy properties: detection privacy, rendering privacy, and interaction privacy while simultaneously enabling Web pages to use object recognition and room display capabilities.

Working closely with Kinect, SurroundWeb will map and remember your room, looking for the spots where it could beam content. According to the abstract, it also will look for things into your room — a can of soda, for example — and if its site has new or interesting content, it will show up in the rendering of the room. You could also scan different URLs from your phone or tablet, and SurroundWeb could plop them up on a surface in the room. But these are just a few examples.

If SurroundWeb sounds familiar, that's because it's not a far cry from the insane IllumiRoom — the wide-angle projection box that turned your TV and console into an immersive gaming experience — Microsoft teased out last spring.

The most detectable difference with SurroundWeb is Microsoft is dealing with web pages, which are dynamic and evolve and change, rather than games, which have a set source code. (You can read the whole idea for SurroundWeb in this 16-page paper.) But it's a neat vision of the future in which you would actually be able to interact with the things you do online, whether it's watching a video or browsing Twitter. Imagine, for example, you could read Snowfall in this setting.

It's just research at this point. But given that Microsoft has already made gesture-based controls for the living room into a real thing with Kinect, it's not exactly unrealistic. [Microsoft Research via TNW] 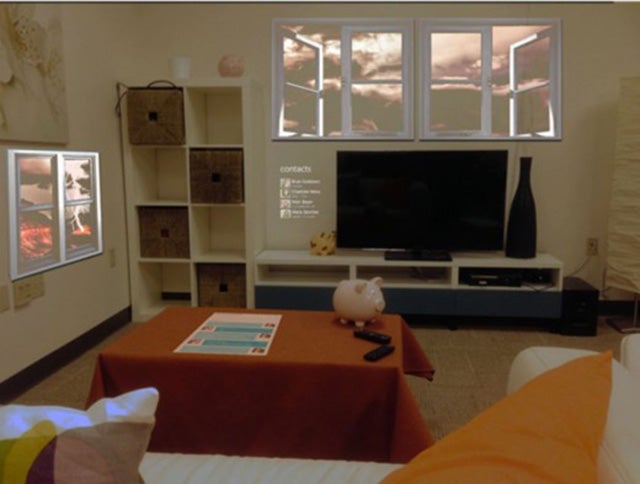