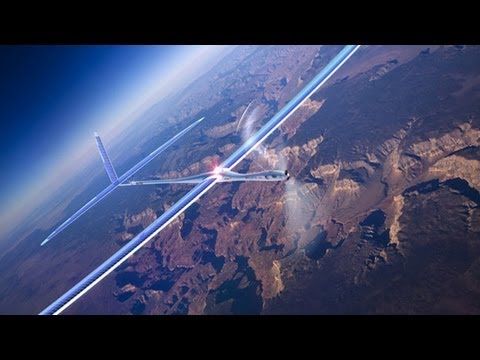 TechCrunch is reporting that Facebook is in discussions to purchase Titan Aerospace — in a bid to secure its own fleet of endurance drones to take internet to the air. The small aircraft made by Titan are in fact solar powered, and can stay in the air for up to five years at a time.

According to Techcrunch’s sources, Zuckerberg & Co are interested in the drones as a means to deliver internet across the skies, with grand plans of using 11,000 of the company’s Solara 60 UAVs to provide data across Africa. Titan confirmed with TechCrunch that it has been in discussions with Facebook.

If that sounds like Google’s crazy Project Loon — which aims to use thousands of high-pressure balloons to provide internet from the skies — it’s because it is. That project is already trialling in New Zealand, offering 50 users internet access from above. The idea of Facebook using drones to supply data from the skies certainly chimes with its drive to expand internet access globally as part of the Internet.org initiative.

Titan’s Solara drones can be launched at night using battery power, then take advantage of the sun when it rises, using solar technology to drive them up to 20 kilometers above sea level. There, they can cruise for up to five years without needing to land or refuel. TechCrunch reports that Facebook is mulling a purchase of Titan for $US60 million. So, even if the idea does seem a little farfetched — which, admit it, it does — it could prove a bargain compared to WhatsApp .

As ever, for now the idea of Facebook filling the skies with internet spewing drones remains a rumour, and even then one which would take some time to materialise. Either way, though, let’s wait and see. [TechCrunch]