Remember all that business about the NSA saying it only collects phone metadata? Yeah, that's not true. Not only can the NSA listen in on foreigners' phone calls. It can record "every single" conversation in an entire country and store the recordings for 30 days at a time, a new Washington Post report reveals. 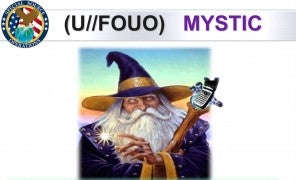 Security experts didn't even think this was possible, but the NSA's been running the program, codenamed MYSTIC, since 2009. And once again, MYSTIC lets the spy agency record "100 per cent" of a foreign country's phone calls, according to the Post's sources and documents leaked by Edward Snowden. That is apparently the NSA's emblem for MYSTIC to the right. It's literally a wizard with a cell phone on the end of his staff.

A related program called RETRO started in 2011. RETRO is short for "retrospective removal" and gives the NSA a time machine-like capability to replay any of those calls without even identifying the people on the call. While NSA analysts only listen to about 1 per cent of the total recordings, they send millions of snippets to long term storage. And while RETRO was originally designed to be deployed in one foreign country, last year's secret intelligence budget outlined plans to use the tool in five more.

The first concern — among many — that comes to mind here is the strong possibility that Americans are unwittingly being spied on while these calls are recorded. After all, if 100 per cent of a country's calls are going on the record, it seems unavoidable that American voices would be heard. But last June, not long after the initial Snowden leaks, Obama said bluntly, "When it comes to telephone calls, nobody is listening to your telephone calls."

Even with news of the MYSTIC and RETRO programs coming out, though, the Obama administration remains resolute that this sort of thing is necessary. Caitlin Hayden, spokeswoman for the National Security Council, told the Post that "new or emerging threats [are] often hidden within the large and complex system of modern global communications, and the United States must consequently collect signals intelligence in bulk in certain circumstances in order to identify these threats." 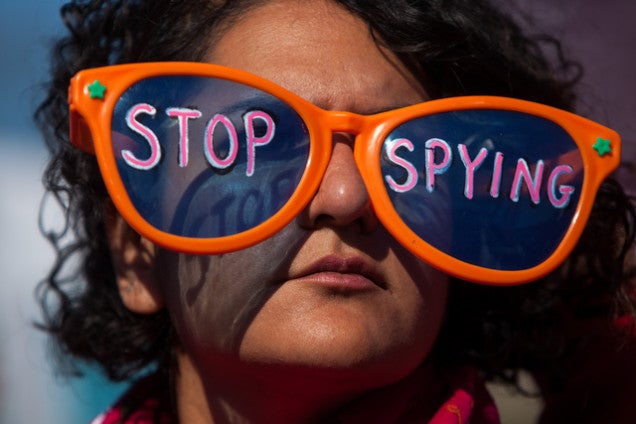 But where does it stop? First, we learned about the NSA collected metadata. Then, there were the hundreds of millions of text messages. News of the agency's extensive malware program was next, including but not limited to the NSA's habit of impersonating Facebook servers to spread spy software. That's only naming a few of the revelations about how the government is spying on everyone, Americans included.

Unfortunately, there's no telling where it stops. At this point, each new NSA revelation seems worse than the last. According to the ACLU's chief technologist Chris Soghoian, what we've learned suggests that "over the next couple of years [the NSA] will expand to more countries, retain data longer and expand the secondary uses." And even more unfortunately, Obama's not doing much to stop them. [Washington Post]