No, Artificial Light Is Not Destroying The Rain Forest (Yet)

A disturbing series of headlines made their way around the internet recently. "Artificial Light Is Now Harming Rain Forests," read one at Vice News. Smithsonian went with the more sedate, "Restoring Cut Rainforests Might Not Work Well If There's Light Pollution Nearby." That's bad news for rain forests! Except it's not entirely accurate.

To be sure, there is some worrisome news that's somewhat related to rain forests. Some scientists from the German Leibniz Institute for Zoo and Wildlife Research Berlin did a study to see how different lighting environments affected the behaviour of seed-dispersing bats. They divided a flying cage into two compartments — one naturally dark and one illuminated by a sodium street lamp — and then filled them both with delicious treats. Despite the equal presence of delicious treats, the bats flew into the dark compartment twice as much as they did the bright one.

This is not a terribly surprising outcome, given the simple fact that bats are nocturnal animals. They're evolutionarily engineered to thrive in dark environments.

But the scientists made their point: street lights create light pollution which is spilling over into the rain forest as cities grow, and, according to science, bats do not like this artificial light. The bats are important because they're the main animals that disperse the seeds necessary for rain forests to regrow in areas of deforestation. 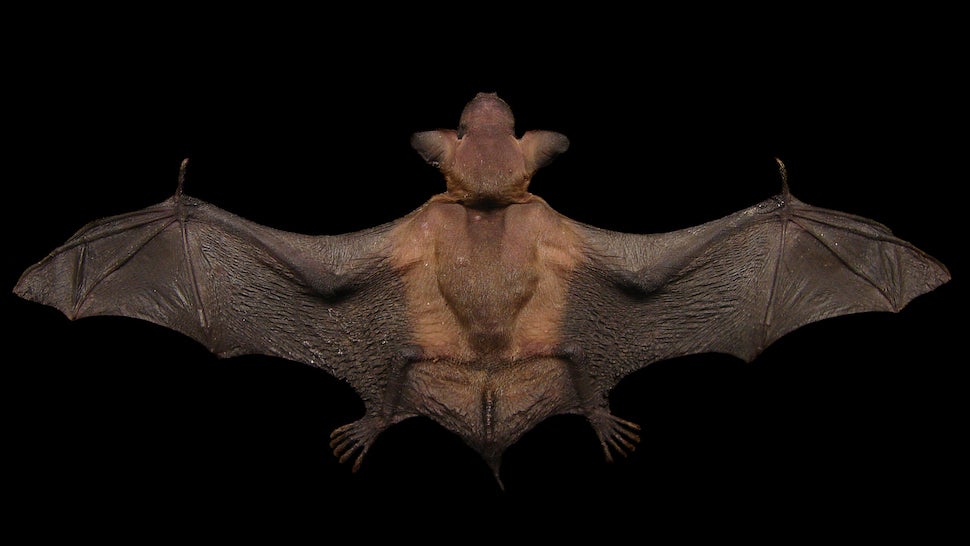 Light pollution is a bad thing, for sure, but this study doesn't give us hard data about whether a shift in bats' behaviour is actually happening in the wild. And just because something happens in a lab does not mean it will happen in the real world.

All that said, there is a takeaway: Daniel Lewanzik, lead author on the study, suggested redesigning lighting systems or even "setting up dark refuges connected by dark corridors for light-sensitive species like bats."

But how about we address the problem of deforestation itself and our generally abusive behaviour towards the rain forests? Because let's be honest: Chainsaws are really what's harming the rain forest right now. [Vice News, Science Blog]