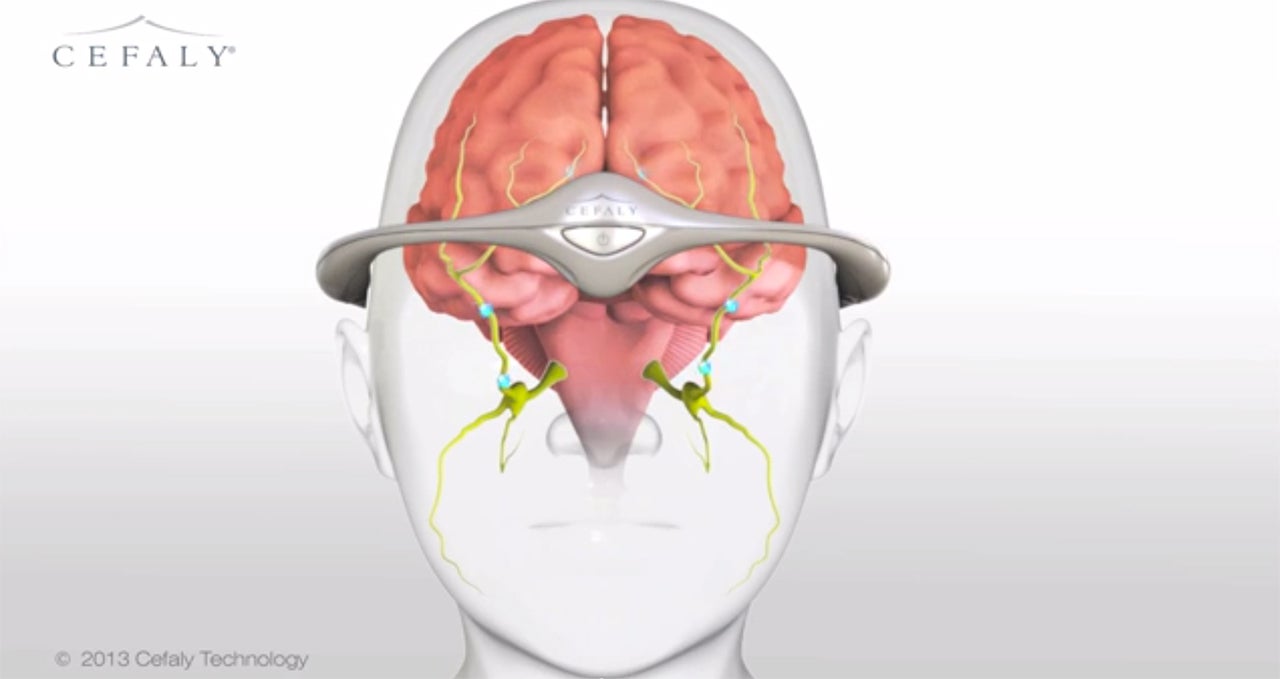 Migraines suck, but do they suck enough that you'd strap on an electric headband that zaps your brain's nerves to block the pain? The US drug administration doesn't think that's such a crazy notion — the agency just approved exactly such a device for treating and preventing migraine headaches.

Cefaly is an electrical nerve stimulation headband that sends a small, steady electrical current to the trigeminal nerve, the largest of the 12 nerves emerging directly from the brain. The device is the first electric nerve stimulation gadget approved by the FDA for pain prevention as well as treatment.

Cefaly says that in data they have collected since 2008, only 4.3 per cent of users have experienced mild side effects. Meanwhile, they say, 50 per cent of migraine patients have had severe side effects from the prescription medications they use.

Maybe you could throw some lenses on it and tell people it's Google Glass. Then again, that might not be much better. [Cefaly via MedPageToday]