Listening To The Secret Sounds Of The Large Hadron Collider 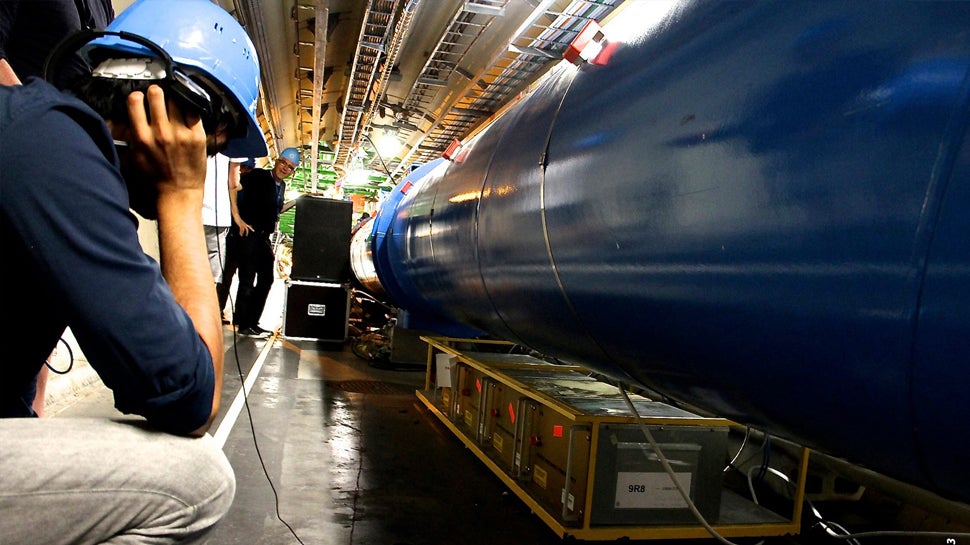 From the Golden Gate Bridge to an ancient Japanese bell, the physical structures around us are humming with secret sound. Artist Bill Fontana has made a career of capturing these haunting and complex soundscapes. As an artist at residence at CERN, he's mostly recently been listening in on the world's largest particle collider.

Last week, Fontana and CERN physicist Subodh Patil stopped by San Francisco's Exploratorium to talk about how science and art resonate with one another. The two had been working together as "inspiration partners" since Fontana's three-year residency began last summer. The CERN-inspired sound art is still very much in progress, but he shared some of his recordings both old and new. 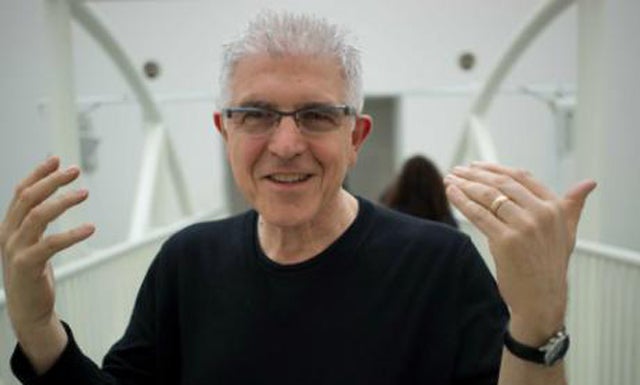 The recordings are made with accelerometers, small devices that picks up vibrations. Fontana likens it to a microscope for sound. Tiny perturbations are amplified for the human ear, revealing the secret inner life of ordinary structures — or extraordinary structures, as in the Large Hadron Collider.

As part of his work in progress from CERN, Fontana played accelerometer recordings of a machine that uses magnets to propel protons. Its delicate musicality seemed incongruous with the industrial machines I've always associated with images of CERN. "Collisions," a work Fontana made in response to the induction for his residency at CERN.

But it's with more ordinary-looking objects that these recordings reveal hidden depth in familiar structures.

Take a bell, silent and still, in a Japanese temple, for example. Fontana's accelerometers capture the constant, subtle vibrations of the ancient metal. "This bell started ringing all the time when it was cast maybe 1,000 years ago," he said.

Or, for a structure not known its acoustic properties, there's the Finneston Crane in Scotland, "reacting to the ambient energy of Glasgow."

For the Golden Gate Bridge's 75-year anniversary, Fontana attached his accelerometer to an expansion joint on the bridge to capture these sounds.

"Every sound is a description of the space you're in," says Fontana. Just as light waves bounce off of objects to create, say, the look of the Golden Gate Bridge, vibrations are also a function of the bridge's physical being.

"I don't think there is such a thing as noise," says Fontana. "The idea of noise bothers me because it somehow suggests something in this world is not necessary." Sound, after all, is energy, and energy pulses through even the most still-looking object. To know to listen for these subtle sounds is to recognise the world around you as unceasingly alive.

Fontana exhorts us to take off our headphones next time and listen for the ambient energy of the landscape — whether it's the whirring of a particle collider or the whoosh of a road. [swissnex]