Let BookBot Bring You Any Of This Library's Two Million Titles

Wow. Look at BookBot go! This massive automated delivery system is housed in North Carolina State University's stunning Hunt Library. With the touch of a few buttons, it will scan and deliver any title in the two million volume collection straight into your hands. 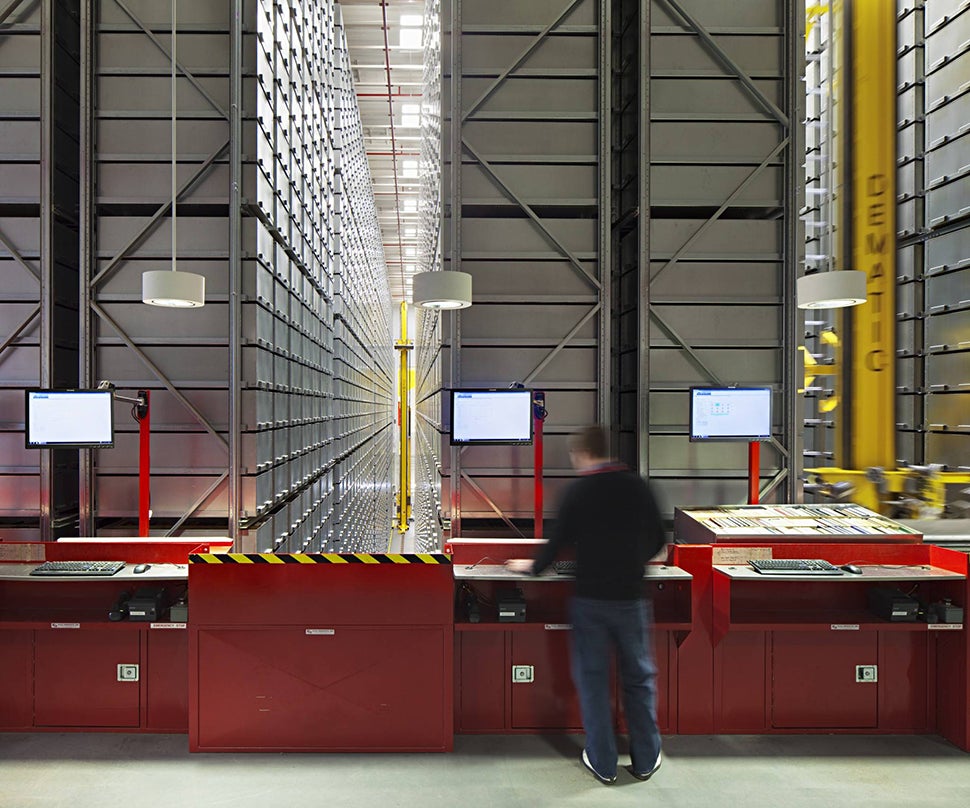 At yesterday's Bloomberg Businessweek Design Conference in San Francsico, Craig Edward Dykers — founding partner of Norwegian/New York architecture stars Snøhetta, the creative brains behind the building — described how it's impacted the library since it was installed. It should probably be no surprise that circulation has increased significantly since BookBot made its debut. Check it out in action:

It all seems so futuristic — perfect almost to the point of impersonal — until the box of books arrives. They're all different sizes, some worn around the edges, some crisp and new, all stamped on the side with regular old ink; and then they're pulled back into the unmarked depths. Apparently the system saved 18,580 square metres of space on-site, with funds going toward enhancing the rest of the experience.

In terms of the library itself, I can't imagine a more beautiful place to cram for a test or do research or sit and people watch or just get lost in a novel all afternoon. 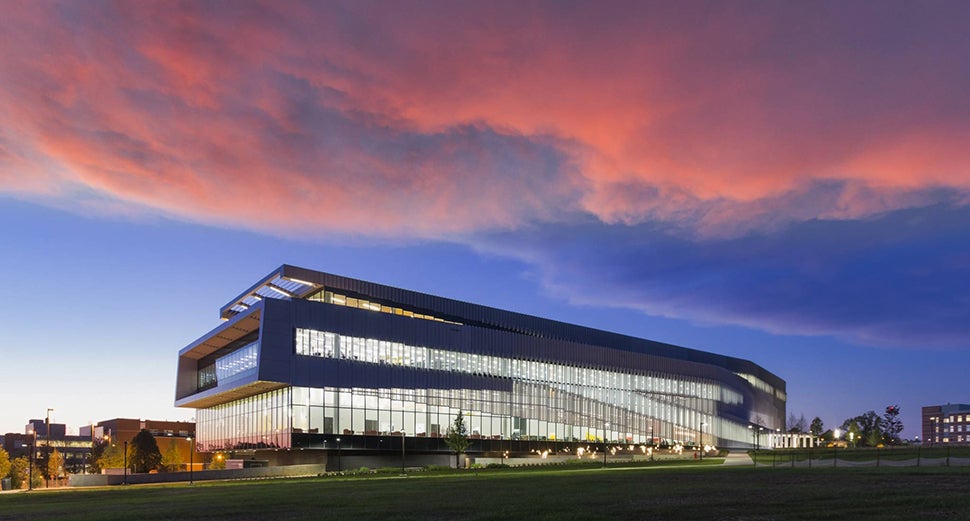 The design is full of clever touches. What do you do when you want folks to enjoy the stairs? Make them too enticing not to climb. The main drag to get from floor to floor is completely open on all sides and is covered in can't-miss-it, follow-me yellow paint. It also offers nice views of all the learnin' going on down below. 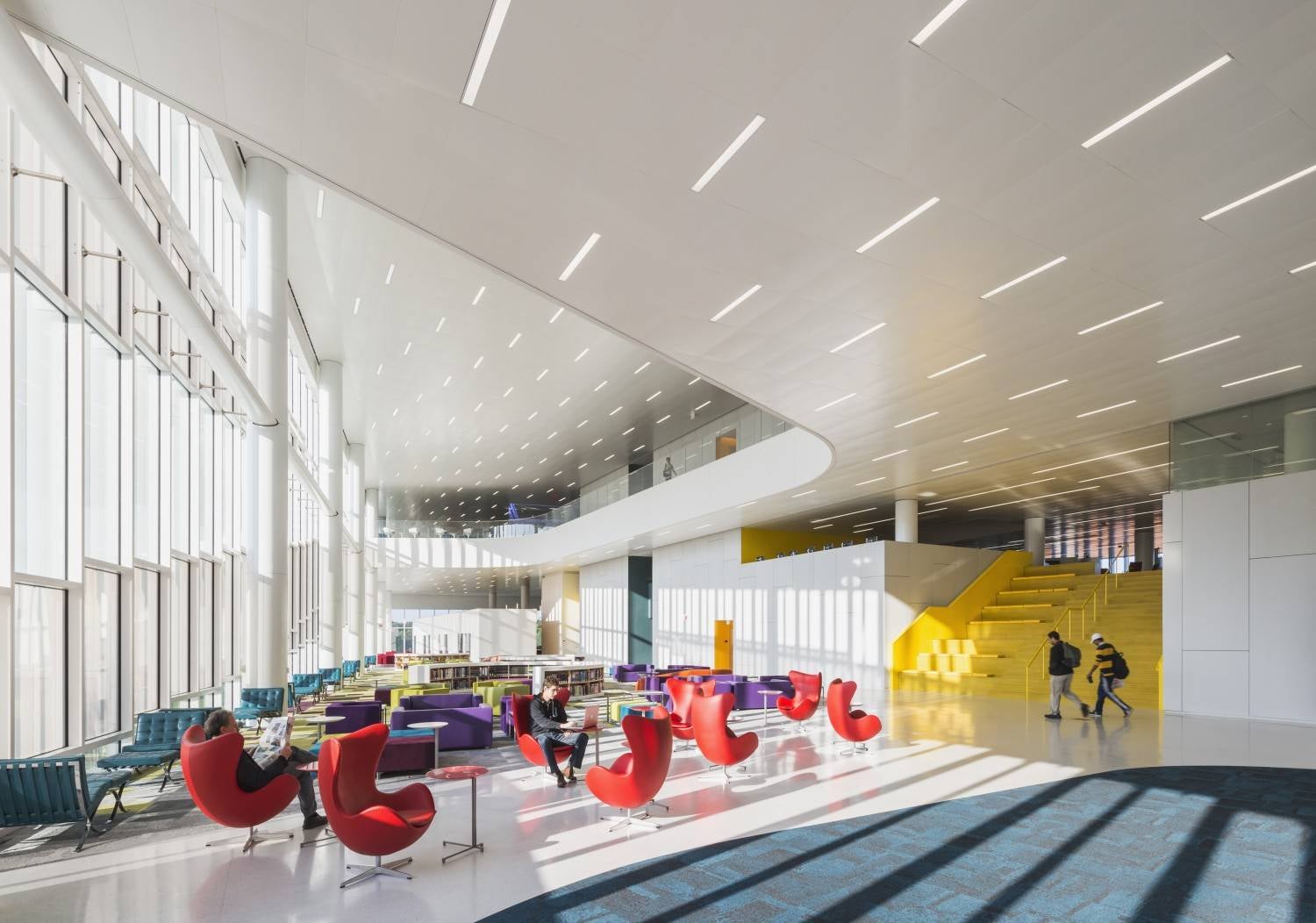 You'd have to actually pass by the stairs on the ground level to get to the "dark and scary" lift bank, as Snøhetta founding partner Craig Dykers put it yesterday at the conference. 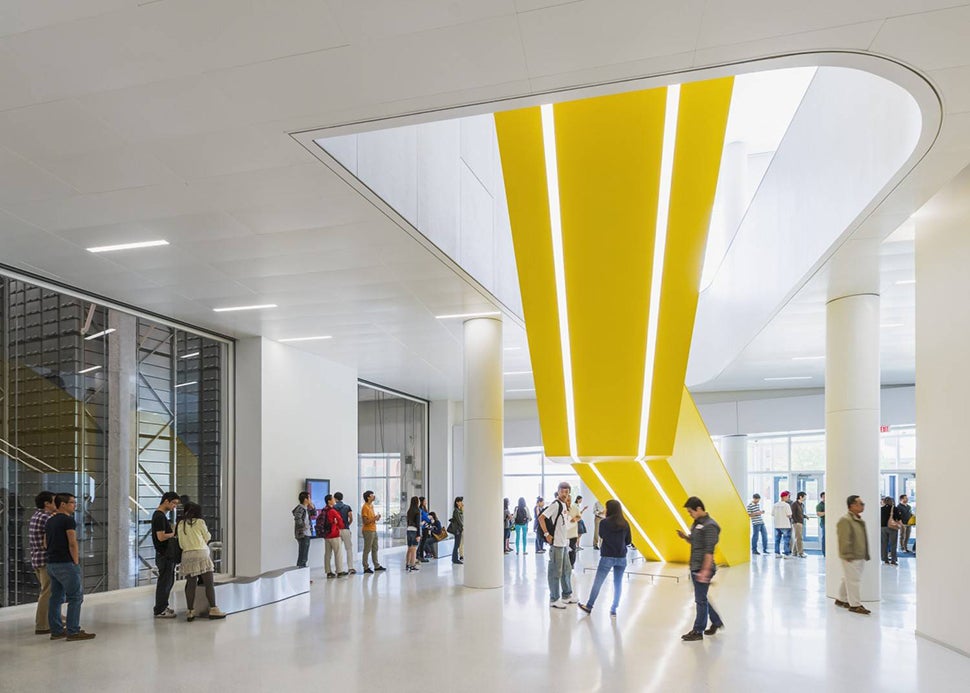 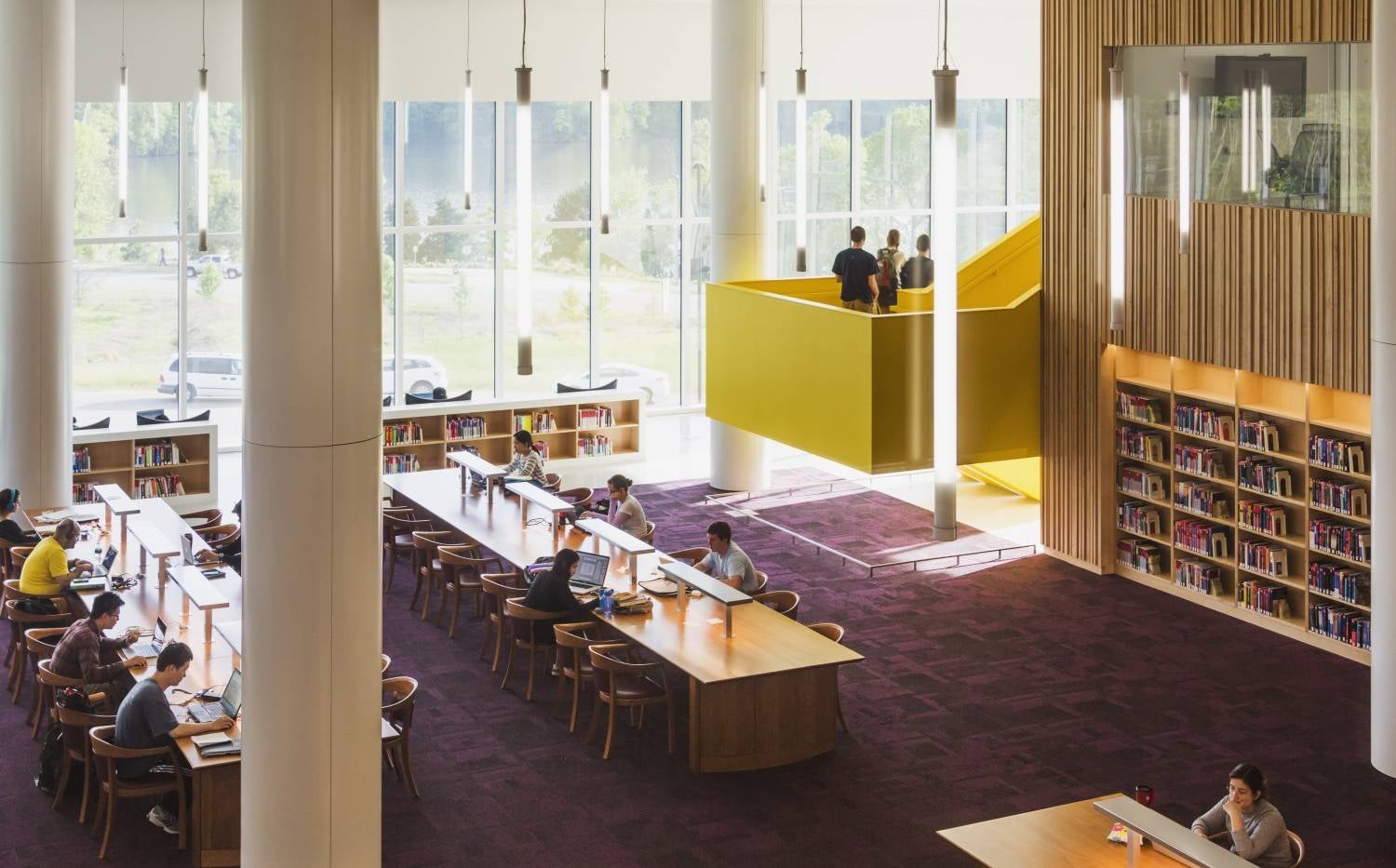 There's also a Game Lab for designers and developers. Coloured lights over the HD display screens and interactive digital surfaces make it look like some kind of Dr. Strangelove-ian hacker universe: 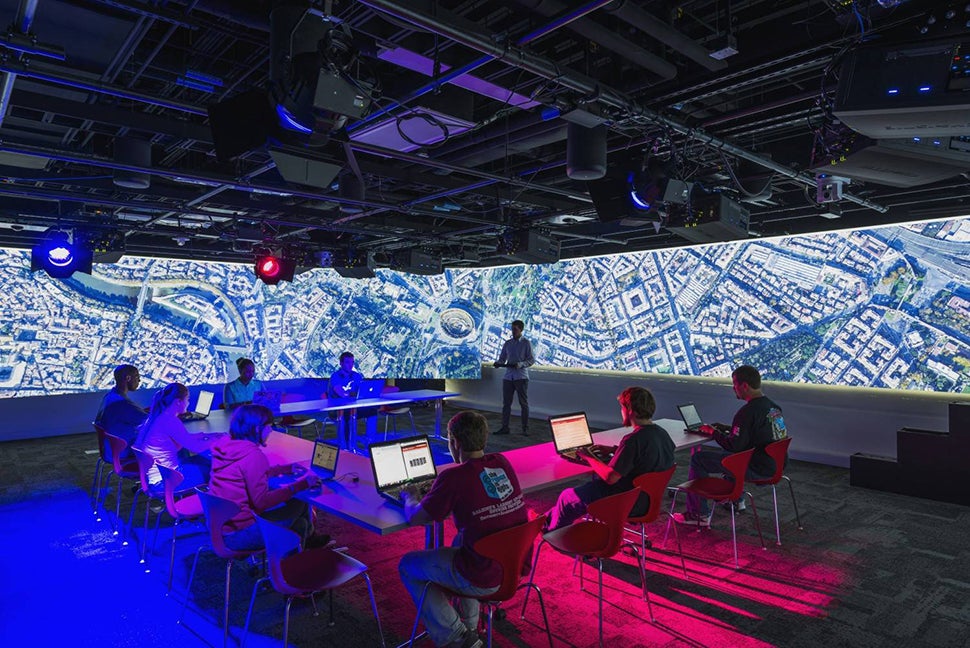 Yes. Yes, I would very much like to visit this place. Yup. Absolutely.