How The Time Of Sunrise And Sunset Varies Around The World 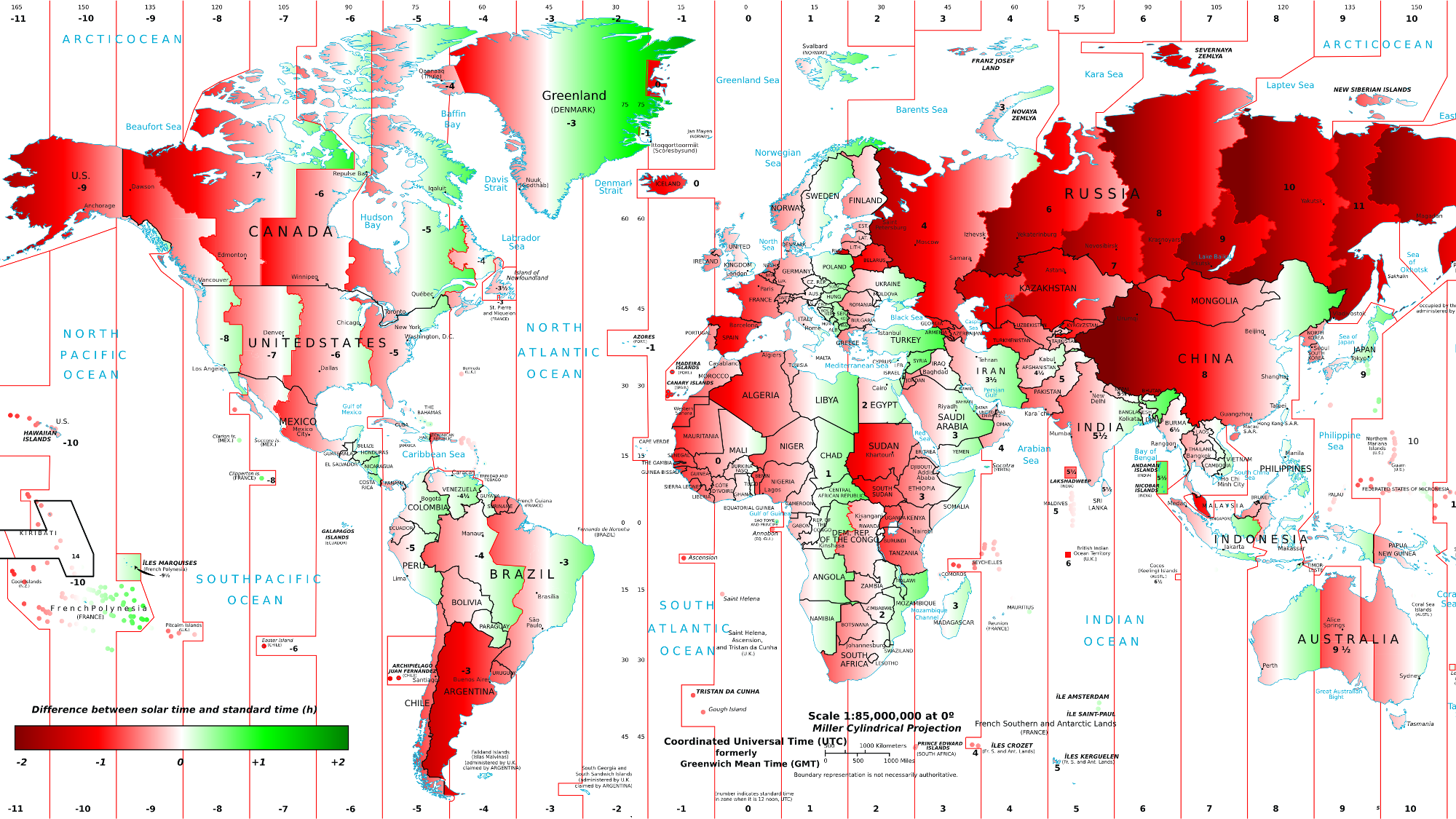 Timezones are strange old things, especially the way they prescribe one time to thousands of kilometres of land mass. This visualisation shows which parts of the world experience unusually early and late hours of daylight as a result.

Areas in red see the sun rise and set late in the day; areas in green see it early. Obviously, the regions which are white sit centrally in the time zone in which they're located — the best example being London, through which GMT is defined.

Stefano Maggiolo, the man behind the map, explains that it is inspired by a trip to Spain, whose time zone means that, say, Madrid's sunset is more than an hour later than that of Naples, even though it is in the same time zone and at a similar latitude. He explains:

Looking for other regions of the world having the same peculiarity of Spain, I edited a world map from Wikipedia to show the difference between solar and standard time. It turns out, there are many places where the sun rises and sets late in the day, like in Spain, but not a lot where it is very early (highlighted in red and green in the map, respectively). Most of Russia is heavily red, but mostly in zones with very scarce population; the exception is St. Petersburg, with a discrepancy of two hours, but the effect on time is mitigated by the high latitude. The most extreme example of Spain-like time is western China: the difference reaches three hours against solar time. For example, today the sun rises there at 10:15 and sets at 19:45, and solar noon is at 15:01.

But however crooked the setup may be, it's pretty much the best we can manage given that not all solar days are the same length and we need some form of unification to function as a society. Still, depending on how you like to spend your mornings and evenings, this map might help you choose somewhere to go on holidays — or even move to. [Stefano Maggiolo via Flowing Data]