How Moto Tech And Pixar Brains Turn Phones Into Storytime 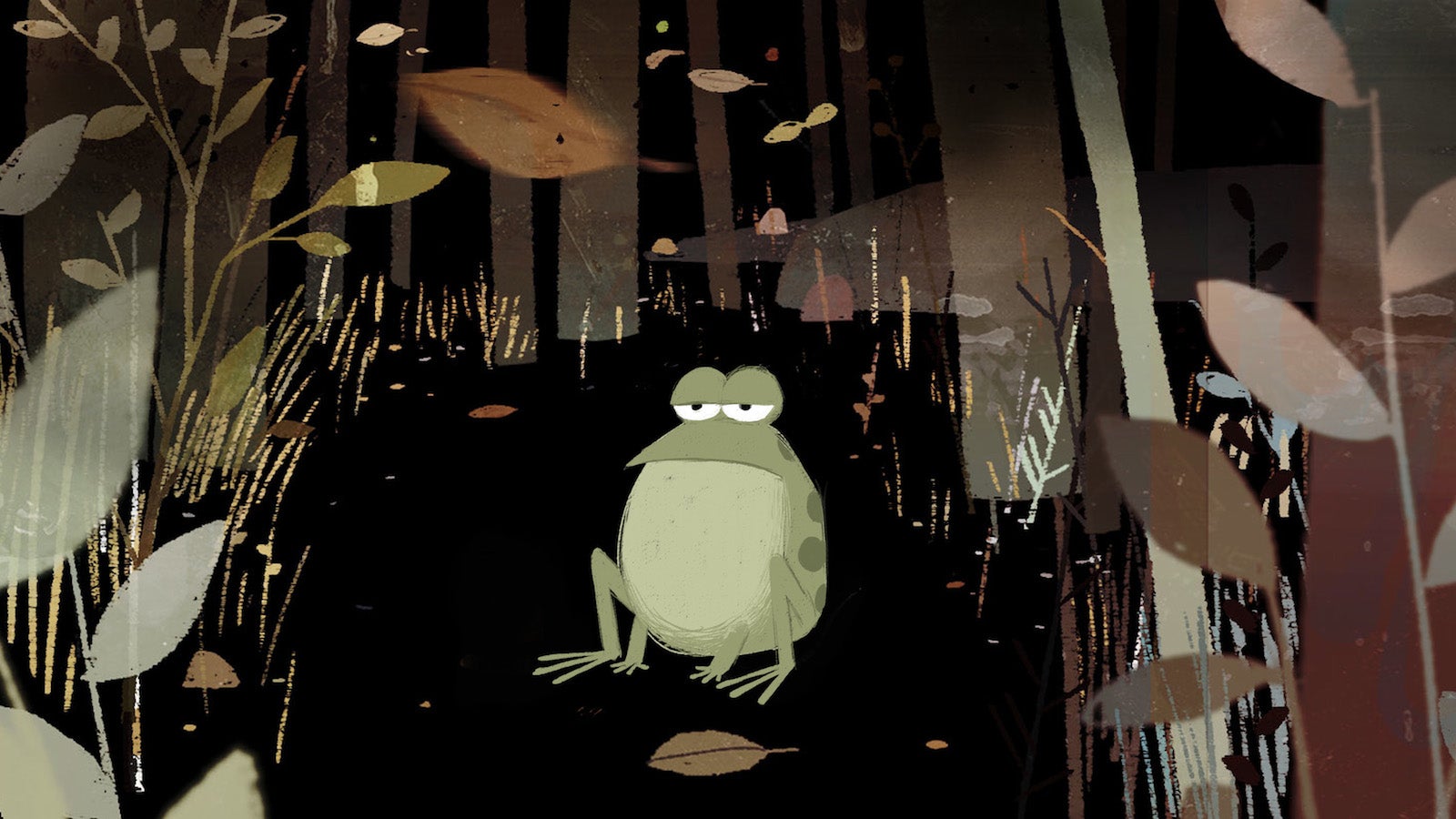 If you own a Moto X, chances are you noticed a small, red hat appear in your notification tray. You either assumed your phone had been hacked and set it on fire, or you boldly clicked the mysterious chapeau and were whisked off to a 3D world that was like being inside a Pixar movie.

That was Windy Day, the first instalment of a Google/Motorola project known as Spotlight Stories. We just got an exclusive early look at the second story, and we've got to say, it's even cooler.

Spotlight Stories is one of Google's "moonshot" projects. It is a product of Motorola's DARPA-like research lab (for which Moto snatched DARPA's then-director Regina Dugan) called Advanced Technology And Projects (ATAP) division, which began in May 2012, and which Google retained when it sold Motorola Mobility to Lenovo at the beginning of this year. The goal of Spotlight Stories is to dream up a new way to tell stories, pushing available technology as far as it can.

To accomplish this, Moto brought in some of the biggest guns in storytelling. That includes Jan Pinkava, the Oscar-winning director of Geri's Game and creator of Ratatouille. Mark Oftedal, one of Pixar's founding members, who animated classics like the first two Toy Story films and A Bug's Life. There's Jon Klassen acting as a production designer, known for his work on Coraline and Kung Fu Panda. Add a splash of composer Scot Stafford and Oscar-winning producer Karen Dufilho, and you've got yourself a legit A-team.

"For each production, we create a miniature studio where the director and his creative team, as well as engineers responsible for interaction and graphics programming, all sit in the same space," Rachid El Guerrab, Director of Engineering at Motorola told us. "Throughout preproduction, the engineers are continuously producing prototypes that show snippets of interaction or visuals to get quick feedback. This in itself feeds into the the design of the story and how it will be presented to the user. It's important to us that from the start, the creative team is familiar with the capabilities and the constraints of the device. This constant push and pull between art and engineering is what refines these interactive stories to the highest quality."

OK, so you've got some of the best in the business from art and tech. What next?

What Are Spotlight Stories?

Spotlight Stories are short, narrative pieces that take place within a living, 360-degree animated world. You use your phone (currently, just the Moto X) as a portal you can look through to see into this other world. It leverages not just the phone's graphical capabilities, but also its gyroscope and accelerometer. The result is when you turn from one side to another or look up and down, it's seamless.

"We're at this amazing point right now where we all have these powerful devices in our pockets that — for the first time — are capable of creating these immersive 3D worlds the we can explore in real time," Jan Pinkava told us in a phone interview. And of course he's right, but what makes Spotlight Stories special is, well, the story.

You aren't just aimlessly looking around some pretty landscape, these stories are character and story-driven. For example, in Windy Day (the first Spotlight Story, directed by Pinkava), you follow a mouse and his dysfunctional relationship with a particular hat. You turn your body to watch as he chases it, and at any moment you feel that hat and mouse may fly out of the frame and you'll miss the action. You won't, though. The program knows what you're looking at and when. Say, instead of watching the mouse (the main story) you start following some squirrels. You can stay with the squirrels for as long as you like (there are a lot of little Easter eggs), but when you (literally) turn back to the mouse, you won't have missed anything. It's as if everything is waiting for you.

"It's theatre in the round," Pinkava told us. "You're inside this world, and shining a light within it. We can give the audience the impression that the action is unfolding around them in real time. It's not passive like it is on TV... you control the camera. You don't change the story, but it feels like a layer has been taken away between you and the animated character. And I think from the audience perspective it creates a new thing."

What's more, the realtime graphics are running in 60 frames per second. "Somewhere between 30 and 40 fps is the line between where you feel like you're watching something pre-recorded and something that's happening live," says Pinkava. Indeed, it's all so smooth that it feels like your phone is a window into another (much cuter) reality. 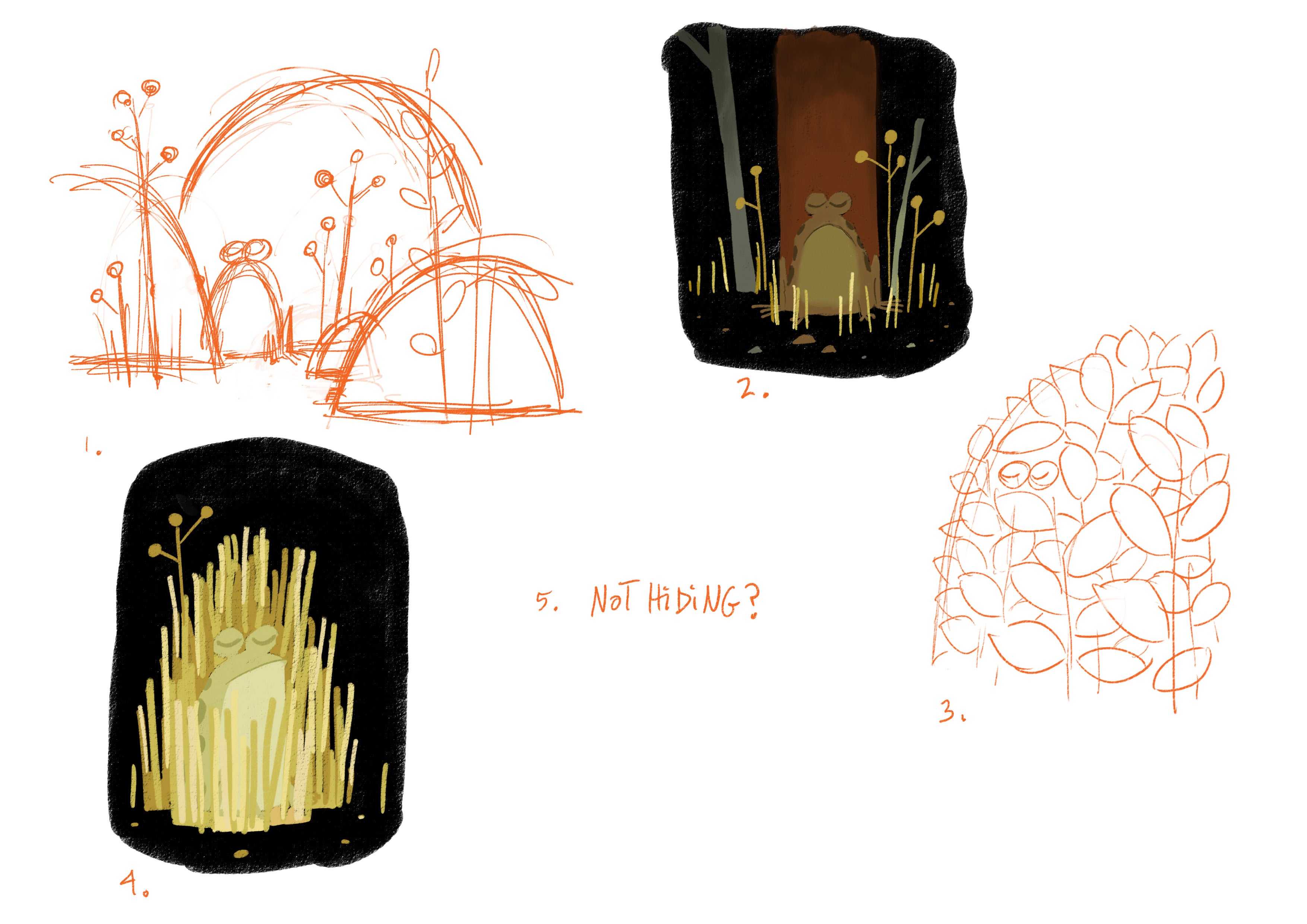 Next up in the Spotlight Stories series (there will ultimately be four or five of them) is a little ditty called Buggy Night. This one is directed by Toy Story's Oftedal and is co-written by him and Pinkava. It's another very simple story, but there are a couple factors that make it feel like a technological and narrative jump forward from Windy Day.

For starters, the action takes place at night. This might seem inconsequential, but it allows for a visual metaphor that works extremely well. "The idea is shining a flashlight out into the world," Pinkava told us. "You have an experience as an audience member, that when you shine that light, you drive the show." In this case, the flashlight is literal. The center of the screen is the round beam of the flashlight, with details becoming darker at the edges of the screen. This leads to more visual continuity, and if you watch Buggy Night in a dark room, it's a really cool experience.

Also, while in Windy Day the action wouldn't progress unless you were looking in the right direction, with Buggy Night, that effect is even more direct. You can look around the world as much as you like, but then when you turn your light toward the bugs, they look at you, realise they have been spotted, and flee the scene to the next part of the story. It definitely makes you feel more involved.

Composer Scot Stafford had to create various musical loops that would score the different scenes, yet because the duration of each scene would be set by the viewer, they had to be able to blend seamlessly into each other at a moments notice. Similarly, the visuals had to be constructed in a way that they look right no matter what angle the audience is viewing them from.

I've been able to play through it a few times now, and it really is a polished, simple story. Jon Klassen's forest is ethereal and has a beautiful, otherworldly quality that draws you in. 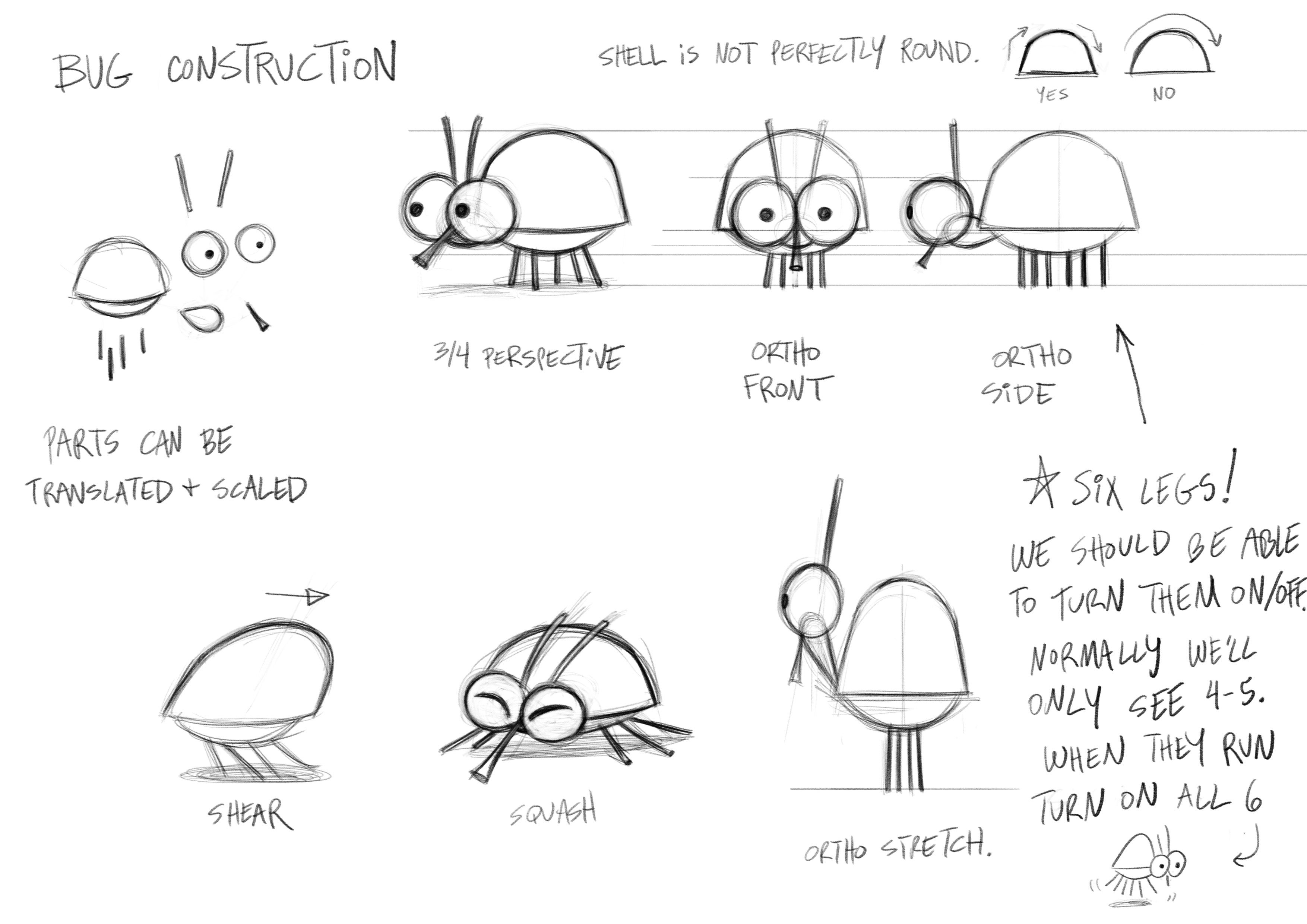 Lovers of classic animation are in for a treat. The next Spotlight Story will be helmed by Glen Keane, the artist behind classic Disney characters like Ariel, Aladdin, Pocahontas, the Beast, and Tarzan. He's going to be bringing that classical, line-drawn style to the next Spotlight Story, which is a really cool convergence between old-school animation and extremely new technology.

Speaking of that technology, we asked if we might see more sensors be leveraged into upcoming stories, but it's clear that ATAP isn't trying to force anybody to use sensors unnecessarily. "We are continuously exploring various ways in which we can use sensor data when it makes sense for the story or the user experience within that story," ATAP's El Guerrab told us. "We create many prototypes at the beginning of each project to let directors, animators, and interaction programmers play with sensor data and experiment with different ideas until they feel like they have a mix that meshes with the story and feels natural to the end user."

In other words, the story is king, and if a particular sensor doesn't serve to better tell the story, then they don't use it. It's nice to see art get the front seat, rather than attempts to flex technological muscle, which could be tempting given how new this is, and because nobody yet knows how best to use this new platform.

"One of the things we're trying to figure out with with Windy Day and Buggy Night is how much interaction do we want to ask of you?" Said Pinkava. "How much do we want the audience to look around? Do we want it to be a dimensional thing, where you walk into a room? We didn't want people walking into walls or off of subway platforms. We wanted to keep it simple. You just turn it on, use your phone as a camera, and watch. There's nothing to do but to look and to see the story unfold around you. It's an immersive experience without it having to be a technological experience. We wanted to leave all of that under the hood."

Buggy Night will begin rolling out to Moto X devices today, though it will take about a week to reach everybody. We asked if we might soon see the roll out for other devices, and while there were no promises, it certainly sounds promising. "While we can't speak to specific device availability, the Spotlight Stories team is excited about the transition to its new home as Google has the ability to optimise ATAP innovations for scale and scope, and reach a broader set of Android users faster."

While this is a fun and whimsical thing, it's worth noting that not everybody is going to be pleased about a red hat or a bug in a spotlight suddenly taking over their screen. Yes, it's easy enough to dismiss, but if it popped up at the wrong time (say, in a business meeting) it could be rather annoying. It would be nice to have an option to opt out (for those who are all dead inside). Also, these are not going to be small files. We assume you'll only be able to download them via Wi-Fi, but you might want to make sure you've got some extra room in your phone's storage, too.

All that said, we're crossing fingers that we'll be seeing it on more devices soon. There's even a possibility that Google may eventually open it up as a platform for anyone to use. It's still early days, obviously, but as an audience member, it's such a refreshing way to take in a story. We can't wait to see where this goes.