One of the hottest new apps set to debut this week at SXSW, that annual intermingling of tenuous ideas and easy money, was LIVR, a social network exclusively for drunk people. Media and investors alike lined up to laud it. The only problem? As we first reported yesterday, LIVR was an elaborate hoax. Now it's time to meet who was behind it.

As confirmed in a phone conversation with the two earlier today, LIVR is the brainchild of Brandon Bloch, a video producer who has worked with clients ranging from MTV to Ford to Renaissance Hotels, and Brandon Schmittling, an interaction designer who specialises in website creation. They have known each other since being a part of the same art/tech scene in DC several years ago, though both currently live in Brooklyn. 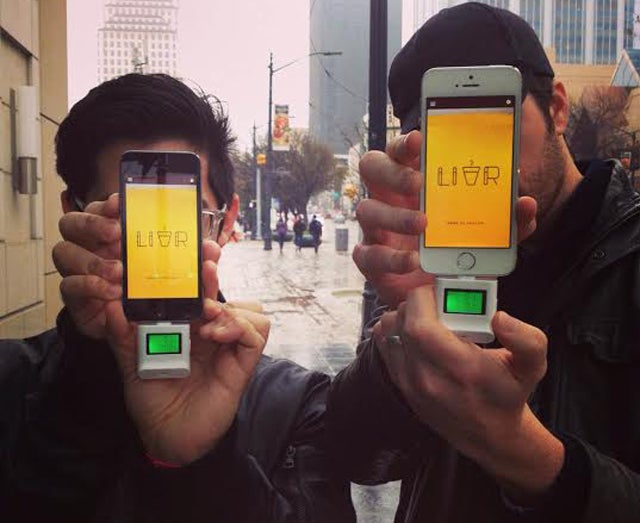 Even if you've never heard Bloch's name before, there's a decent chance you've seen his work; his comparison video of the Canon 7D and Barbie Video Girl made the rounds back in 2010 (including here ), and he was a co-director of 2011's more controversial "Hot Chicks Occupy Wall Street" (or "Hot Chicks of Occupy Wall Street," depending on which creator you ask).

So clearly there's precedent for this kind of culture-skewering in Bloch's recent history. But LIVR was a slightly different animal, a deliberate hoax so believable that an unprecedented number of media outlets reported it as fact. So where did LIVR come from? And how did so many folks get duped?

Bloch says that the idea for LIVR came to him fully formed about 18 months ago, but he'd been sitting on it. He may have continued sitting, in fact, until a 2013 trip to CES convinced him he may have been on to something:

I was walking the tradeshow floor and saw apps that I thought were fake, but everybody thought they were real. I actually couldn't tell if they were fake or real, and I wasn't sure if it mattered because everybody was so into the hype of it.

That so many apps already occupy that space between plausible and absurd made LIVR a layup. Especially with someone who, like Schmittling, is capable of quick turnaround, high-gloss design on board.

Even with those pieces in place, Bloch wasn't entire sure if he would go through with it. What finally pushed him over the edge? Two videos. One for Path, the troubled sharing service, and another for Jelly, Twitter co-counder Biz Stone's buzzword-filled social search app, which debuted with exactly the kind of vague nextify 2.0 promises that LIVR was dreamed up to parody. According to Bloch:

If you go back and watch, those [videos] served as templates for LIVR, in many ways shot for shot. You'll see LIVR is a sendup on those two videos and everything they represent... I remember when Jelly was announced people were like, this is the best people can do these days?

Not only is the LIVR video at the top of this post a near shot-for-shot parody of Jelly's introduction to the word (walk and talk becomes think and drink, etc.), Bloch cast comedian Matt Mayer and copywriter Luke Sacherman in part because they looked so much like Jelly's Ben Finkel and Stone, respectively.

From there, it was just a matter of calling in favours from friends with the right equipment and know-how. Two months later, LIVR was up and running.

As mentioned earlier, the media ate LIVR up without hesitation; in fact, had I not known Mayer personally through the Upright Citizens Brigade, there's every chance we wouldn't have seen through it when we did either. While Bloch was surprised it caught on as quickly as it did, he wasn't at all surprised that it worked:

I've worked closely enough with media, and I've done enough of this sort of thing before, to know that the media would blindly jump at it. I was more surprised when people did reach out to me; I can count on one hand the number of outlets that bothered to call me up.

The media in a way allows this to happen to themselves... The media will just jump at a juicy story and not look deeper into it. I think it's because a lot of people working at these blogs and media outlets are overworked and underpaid. Especially around an event at SXSW, they need to crank out story after story. So it's kind of like this cheapening journalism. I don't know if they can even be called journalists anymore; it's more media as a mouthpiece for the companies that want to get a message out.

Which is fair! Although it's also worth pointing out that while several sites did report LIVR as fact, plenty of others expressed early scepticism, and even more declined to cover it at all, either for lack of interest or suspicions of fakery. And the hoax itself was exposed in a matter of hours (although some sites still have yet to update their original reports).

It's also not just the media falling for LIVR; the video was viewed 120,000 times within its first two days of being uploaded on Vimeo. LIVR's inbox is filled with hundreds of emails addressed to the founders, a combination of hopeful beta-testers, job applicants, and potential investors, including a particularly enthusiastic, self-identified "group of trust-funders." They're still incoming, more than a day after the jig was up.

It's honestly not surprising that LIVR has drawn so much interest; it's no dumber an idea than most of what's being pitched at SXSW right now. Even Bloch and Schmittling believe in its real-world potential. 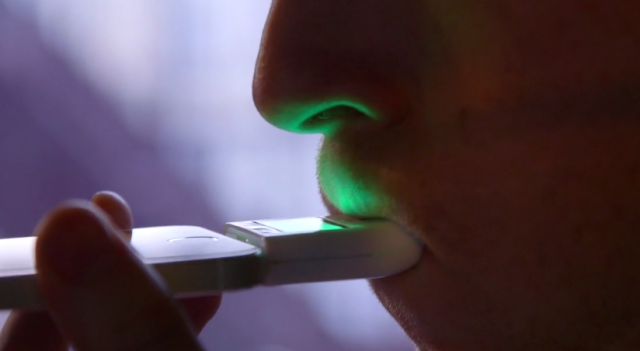 We've floated a bunch of features that individually I think could be critiqued and popped off, and talked about as a serious thing that people are into. The Blackout Button, that's a critique of privacy, and people wanting to remove things from an online world. So there may be individual ideas that come out of it.

And while both stress that the main goal was to critique start-up culture and the media that covers it, that didn't stop them from filing for a trademark. Or from wanting to see LIVR — or something like it — actually come to fruition someday. Here's Bloch:

LIVR can exist, and in a lot of ways it should exist. It's just kind of a matter of when will it exist, and that plays into the believability of this idea. There are some features in LIVR that we thought of because we would use them. I would use that HotSpot feature for sure. I think there's value in it, and the demand we've seen for LIVR proves that people would use something like this.

And that's maybe what makes LIVR most interesting. It's meant both to skewer a culture and potentially benefit from it. It's an indictment of the Silicon Valley elevator pitch, while managing to be an incredibly effective one.

Go one step further, why not? If someone — Bloch, Schmittling, some flush VC firm looking for a fresh hole to sink its money into — does create LIVR or something like it, was it really a hoax at all? Or would that mean the entire industry is just one big prank waiting to unravel? To be honest, there's not much separating LIVR from Highlight or Pinwheel or any other doomed social something or other that wants to shape our world one tech bubble at a time.

Bloch and Schmittling seem aware of the contradictions; one gets the impression that they're half the fun. And whether LIVR manages to effect change or becomes part of the problem seems besides the point. Besides, Bloch's already dreaming up his next big thing. And we're all just waiting to fall for it.