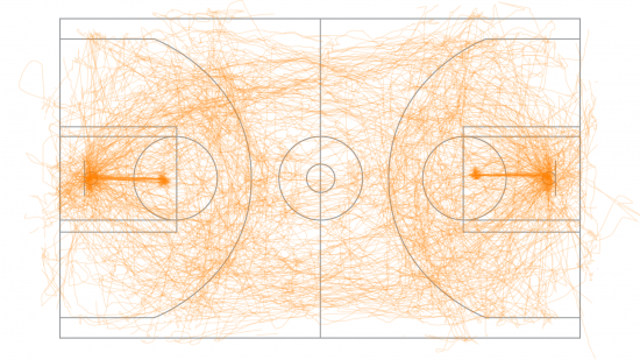 The NBA recently announced that the players of all 30 teams — and the balls they use! — would have tracking devices installed to analyse player movements during games. Now, the first dribles of the fascinating data are available.

Fathom Information Design has taken a look at some of the early data from an Oklahoma City versus San Antonio game. The image above shows, in orange, the motion of the ball throughout the entire game. Interesting, if expected, but there's more to sink your teeth into.

Below are the movements of power forward Tim Duncan, for the entire game, who clearly sticks around the middle of the court: 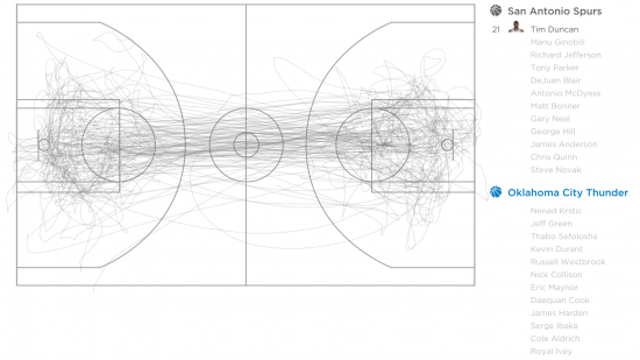 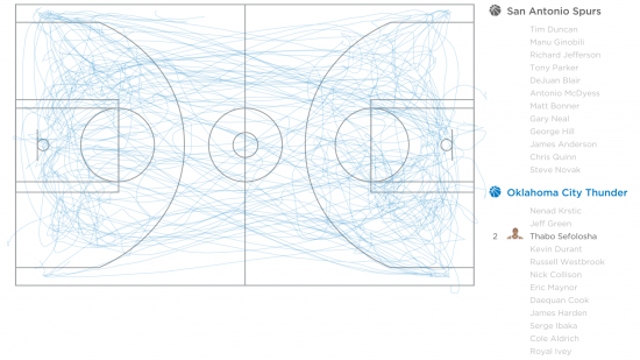 It's interesting stuff. You can see how this could prove extremely useful for analysing play — both for officials and for teams wishing to improve tactics. But what data would you really like to see the most? [Fathom via Flowing Data]