Monster Machines: Boeing's X-36 Is The Single Coolest R/C Plane In The History Of Aviation 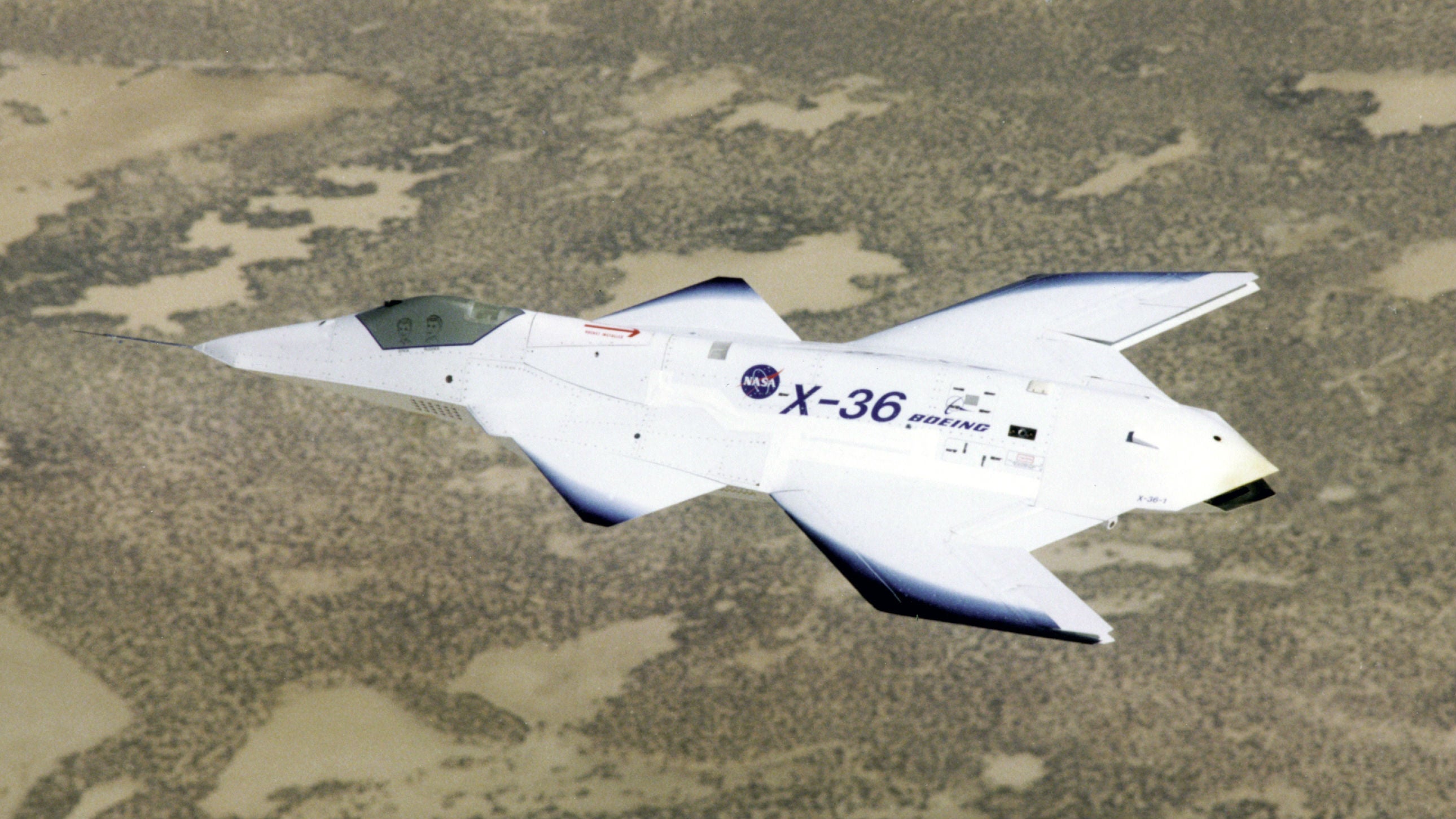 Despite the mammoth budgets assigned to next-generation military aircraft programs, the Department of Defence is always looking for ways to streamline the development process and shave dollars from a combat system's bottom line. You'd think the DoD would take Boeing's lead and just build quarter-sized, remote controlled flight test prototypes, like the X-36 agile fighter.

McDonnell Douglass (which would later merge with Boeing), Phantom Works and NASA began development on the X-36 in 1989, as a means of validating cutting-edge, tailless aircraft designs of a new generation of fighter aircraft that could compete with the rapidly increasing capabilities of Soviet MiGs. However, given the revolutionary and completely untested new design, as well as strict timing and cost effectiveness demands, NASA and Boeing did not build a full-size prototype. Instead, the team opted to instead build a pair of 28 per cent scale unmanned UAVs, known officially as the X-36 Tailless Fighter Agility Research Aircraft vehicles.

Built in just 28 months using rapid prototyping techniques, and at a paltry cost of $US17 million, these UAVs were far too small to hold a human pilot. Weighting 870kg fully fuelled, they measured just 6m long and a metre high with a wingspan of just over 3m and were remotely controlled by a pilot at a ground station, just like modern drones are today, and were governed by a unique fly-by-wire system that controlled a thrust vectoring nozzle situated behind the 950Nm Williams International F112 turbofan engine. This eliminated the need for conventional elevators, ailerons, and rudders, as well as reduced the planes weight, drag and radar cross section. A nose-mounted camera fed visual data back to the remote pilot.

The X-36 made its maiden flight on 17 May 1997, the first of 31 successful research flights spanning nearly 16 hours of time in the air. The aircraft reportedly handled splendidly, the program having met met or exceeded all project criteria. But for as successful as its test flights proved, the X-36 was simply too far ahead of its time and the program was quietly shut down in November 1997. The X-36 currently resides in the National Air Force Museum. [NASA - Wiki - NAFM - FAS - Military Factory]