Somebody's going to win a Nobel Prize. At least that's what the physics community is saying after the announcement on Monday that a Harvard team has found the first direct evidence of cosmic inflation right after the Big Bang. It's more proof that the Big Bang really was the beginning of it all.

The discovery itself is a little bit tough to wrap your head around — as it should be, given that it helps to explain the beginning of existence. Astronomers specifically discovered a twist of light called primordial B-mode polarization. This refers to the swirling effect that enormous gravitation waves had on photons that escaped from the Big Bang and serves as proof that those gravitational waves actually exist. As far as understanding the origins of the universe goes, this is a very, very big deal. Some say that this finding is up there with the discovery of the Higgs boson back in 2012.

Einstein, being Einstein, predicted all of this in 1916. His theory of general relativity hypothesized that these gravitational waves exist as ripples in the fabric of space-time, and scientists have been trying ever since to prove their existence. If gravitational waves do exist that means that the rapid expansion of the universe in the moments after the Big Bang actually happened. The effect is a little bit like how waves form on the surface when you drop a big stone in a pond. However, you also have to imagine that the Big Bang formed the pond itself.

Regardless of how you picture it, this is a big deal. "If it is confirmed, then it would be the most important discovery since the discovery, I think, that the expansion of the universe is accelerating," says Harvard astronomer Avi Loeb, who was not involved in the research. Loeb added, "It's worth a Nobel." 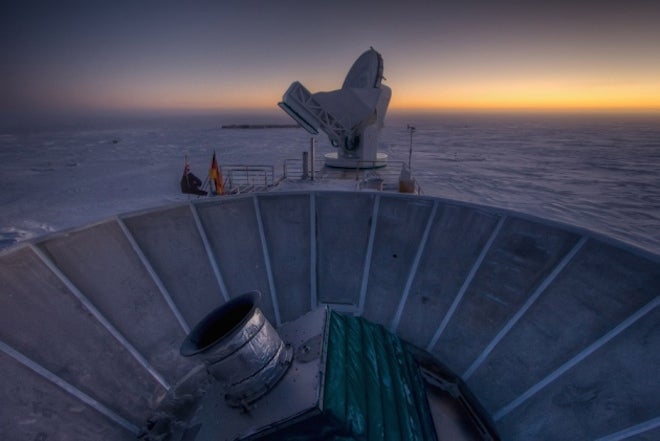 Of course, everything has to be confirmed now. The Harvard team did not reveal their findings recklessly, though. They also used one of the most advanced telescopes in the world, the BICEP2 in Antarctica(above), to collect the data. "These are extremely careful and conservative people," Marc Kamionowski, a theorist from Johns Hopkins who was one of the few people who saw the data before it was revealed to the public, told Time. "They have had this evidence for three years, looked at every alternative explanation for what they were seeing, and systematically ruled them out one by one."

And don't forget: Einstein called it a century ago. If we know anything about Einstein, it's that he was a pretty damn smart guy. [New York Times]

BONUS: This new discovery is a great chance to revisit the origins of Alan Guth's original idea of inflation in the the post-Big Bang era. Here's the page in his notebook from when he first made the discovery. 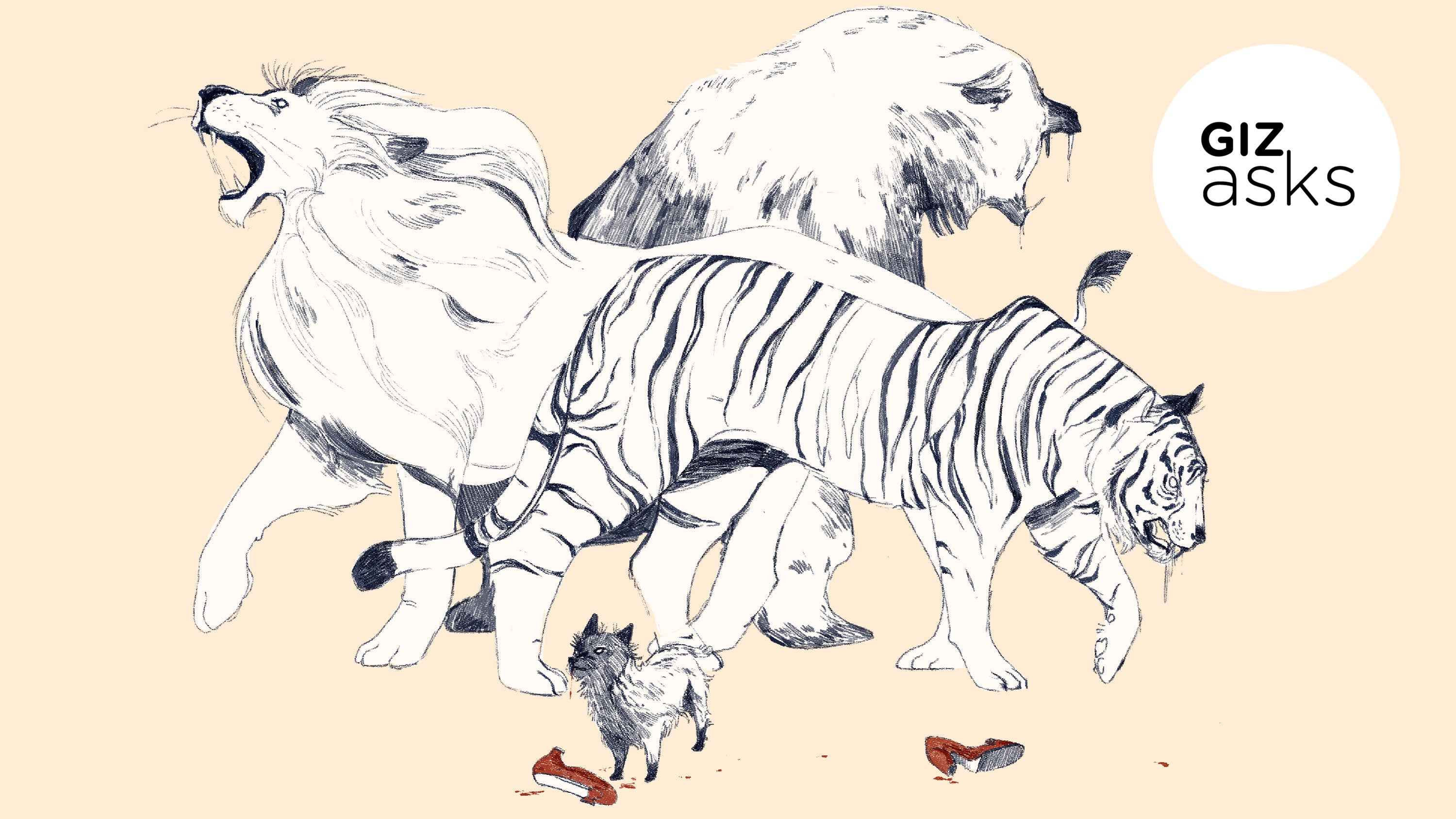 Daniel Kolitz 09 Apr 2020 9:50 AM
Animals fatally maul, sting, trample and chew about a million humans per year. Pretty nice of them, given the numbers on our side - the average of 551 million chickens killed in Australia every year, for instance. In an ideal world, no one would ever get mauled by a bear, or contract rabies from a feral squirrel. But for this Giz Asks, we're asking which creatures are most desperate for our blood (or, in fairness to the animal kingdom, which are most likely to kill us by accident).