Are you happy now, Park City? After a planned addition to the Kimball Art Center sparked public outrage over the design — an awesome, spiraling log cabin from space — the architects behind the proposal, Bjarke Ingels Group, have unveiled an austere new design.

BIG's original design for the addition was chosen by museum administrators all the way back in 2012. The winning concept was a weird and interesting take on local architecture — a tall, twisting structure made from Lincoln Log-like beams that seemed to tower over its surroundings. Its timber facade, according to the architects, took a cue from Park City's own rustic charm: 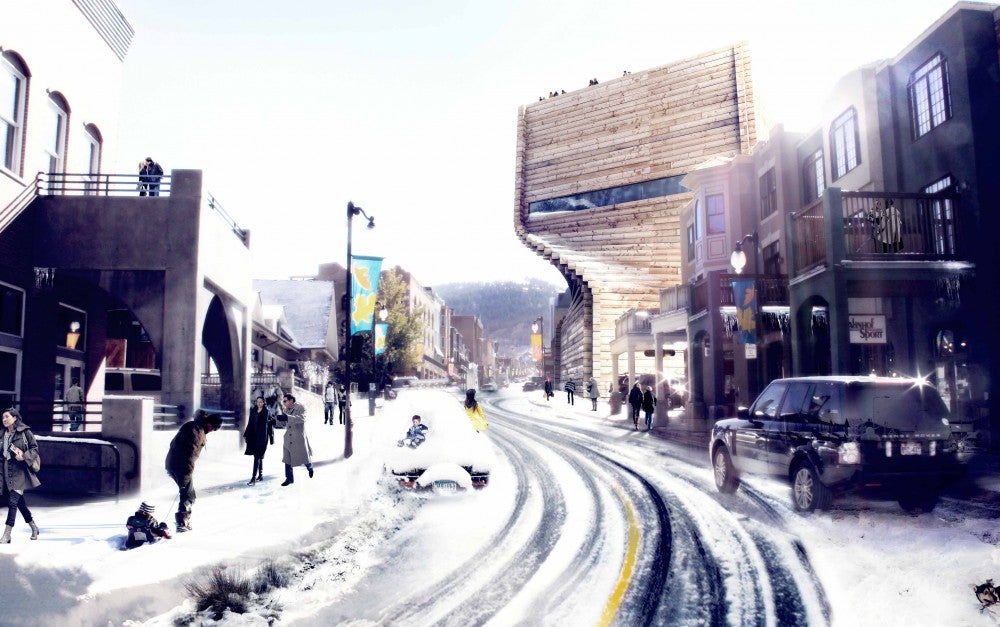 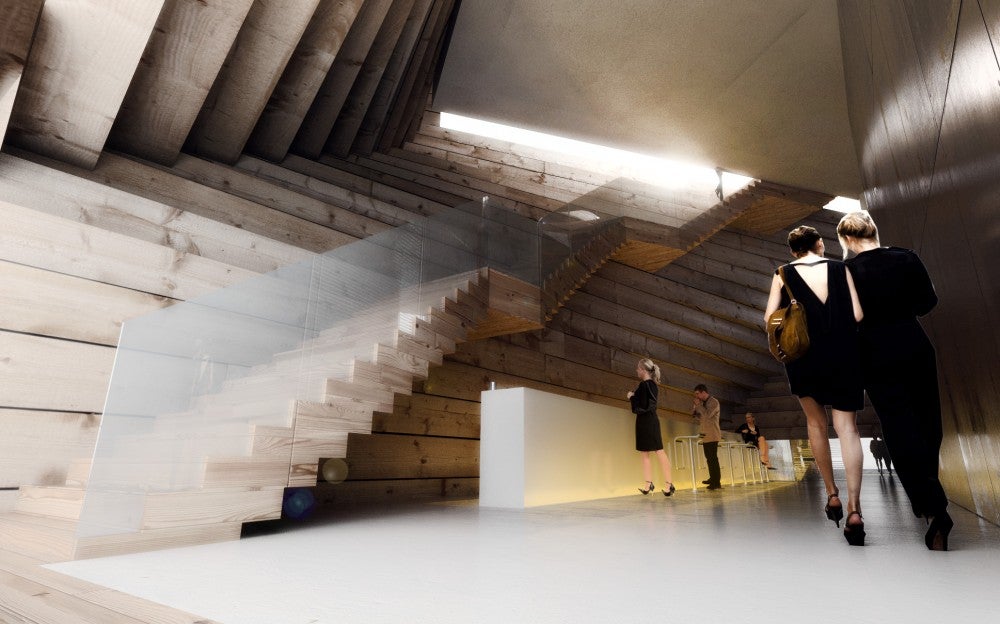 Locals, however, did not see it that way. They saw it as a sore, timber-clad thumb, sticking out over their quaint resort town. An outcry over the design ensued, with neighbours arguing the building — bringing an internationally renowned architect to an out of the way western city to give a new, world-class architectural identity to an ambitious cultural institution in the city center — would somehow drive down property values.

So, rather than endure a long fight to gain approval needed to build it, the Kimball and BIG decided to scrap the building and start over from the beginning.

The new design, unveiled earlier this month, is ridiculously anonymous — it could be literally anywhere — in contrast to the bizarre and wonderful original. From the looks of it, it's little more than a plain concrete box — a bunker of sorts. Instead of twisting, sinuous wood we get simple, orthogonal cast-in-place concrete. One indulgence: It lifts up at one corner to reveal a glass-walled entrance. 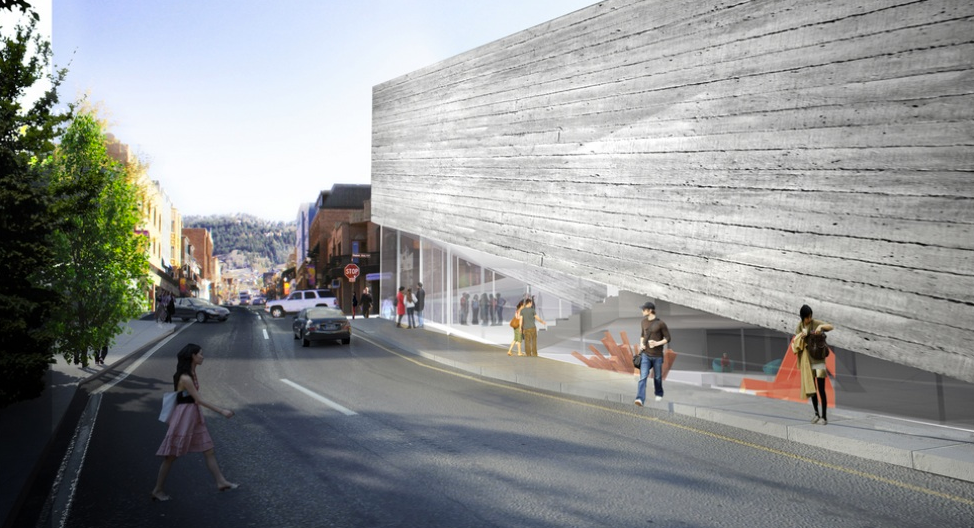 So how does Ingels explain the change to the Park City Record? He was just following the rules, guys:

Once it became clear that we needed to stay within the existing regulations we simply had no other alternative than to take a step back and deal with the new situation... Our new design is proportioned to remain within the constraints of the existing rules and regulations.

Of course, there's nothing wrong with concrete. There's plenty of charm in raw beton brut. But it's a huge — and almost hilarious — departure from the personality and warmth of the original design. And for a firm that's known for its sense of humour, it's hard not read just a little bit of a joke in its anonymous grey walls. [A|N Blog]