An Insanely Detailed Infographic Of Every Character In True Detective 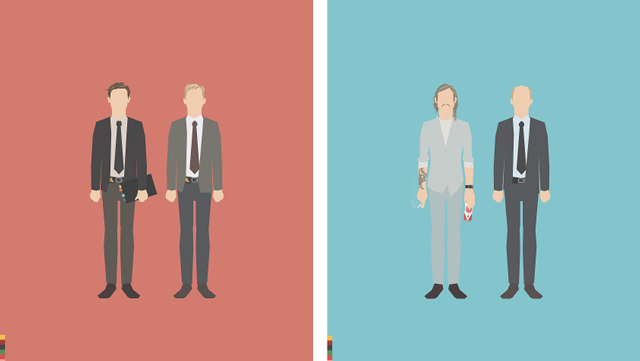 If you — like me — have already obsessed over every single word written about True Detective, then you will want to obsess over this ridiculous graphic tribute. It's absurd, it's overblown, and it's exactly what the obsessive fan inside me wants to pore over.

"We keep the other bad men from the door" is the work of Chicago-based Nigel Evan Dennis, designer and true True Detective fan. (Remember? The site's name is a reference to one of Rust's quips to Marty.) Season one isn't even over yet, but Dennis has already catalogued and illustrated every character in the show along with their status as good/bad/unknown... 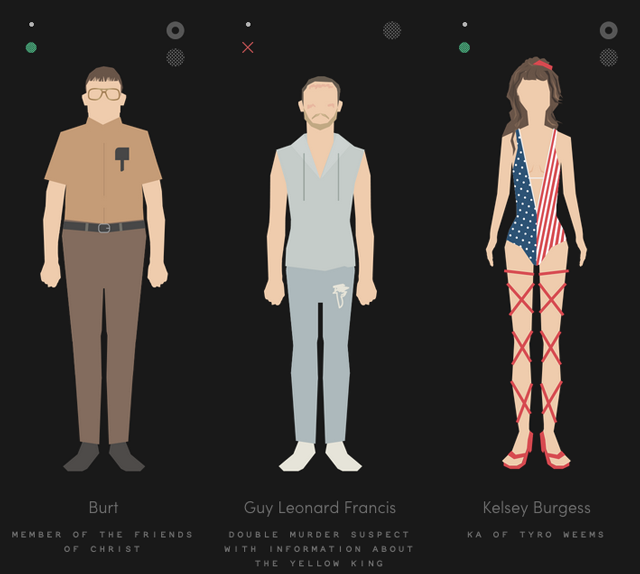 ...as well as mapped the housings project, where the six-minute single-shot take of much fan obsession took place. 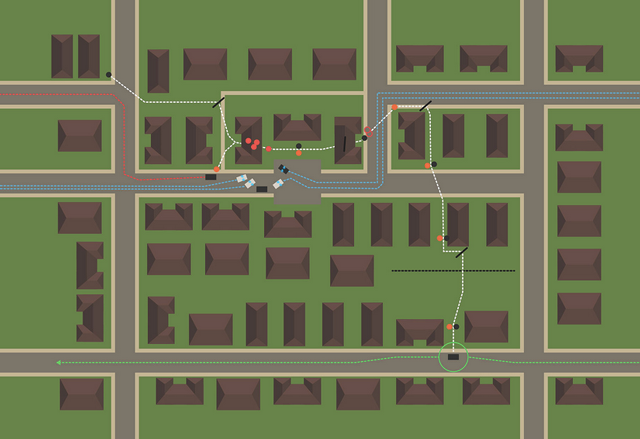 And he mapped all of Louisiana. 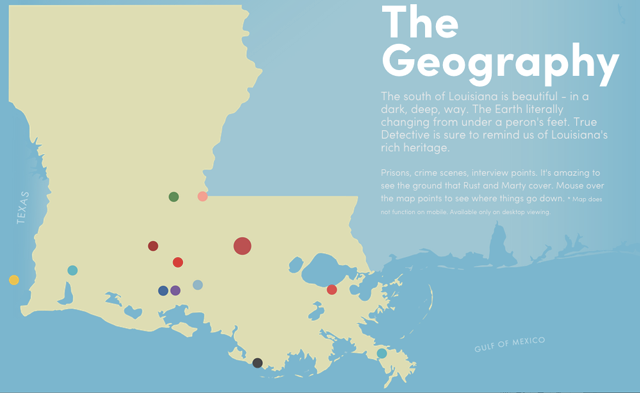 With its baroque murder mystery, mythological allusions, and dialogue that is a little too enamoured of its own cleverness, True Detective is exactly the type of show that inspires rampant speculation. Every detail becomes a possible clue, every pattern a possible hint.

The internet is already teeming with True Detective theories, and our digital marginalia is now easily expressed as interactive graphic. The unstoppable infographic trend seems to have reached its logical conclusion with fan art.

Dennis says he will be updating the site as the rest of the episodes air. If you can't wait until Sunday — there's a handy countdown clock on the site — you can console yourself with a $US100 poster from the store.