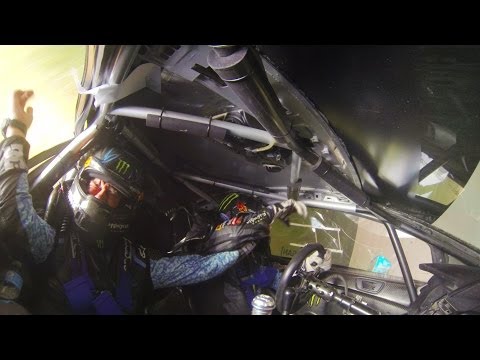 Turns out that Ken hit a tiny bump on the dirt track and rolled the entire car over several times at an eye-watering 152km/h.

That wasn’t going to stop Block, however. Even when the wheels had come off post-roll, Block restarted the car and attempted to get back into race. It wasn’t long before he realised what had gone on, however.