This Network-In-A-Backpack Will Connect People In Disaster Areas 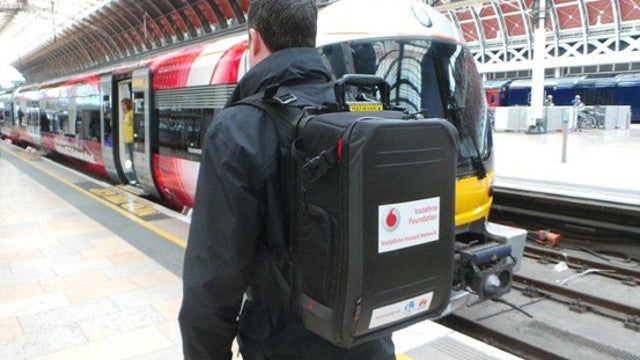 This backpack may not look much, but it has impressive hidden depths: it contains all the kit you need to establish an ad hoc mobile network in just 10 minutes — perfect for those working in disaster areas.

Put together by Vodafone, the Instant Network Mini weighs 24 pounds and is small enough to be carried as hand luggage on commercial flights. It can provide a 2G GSM network which handles up to five concurrent calls — or thousands of text messages — within a radius of 100m.

It’s a far smaller version of the 100kg, suitcase-sized Instant Network that Vodafone developed in the past. That has a range of 5km and was used during Typhoon Haiyan in the Philippines last year — carrying 1.4 million text messages and 443,288 calls in 29 days.

But that isn’t nearly as portable as this latest offering. Expect the new backpack to appear in disaster zones around the world as aid workers scramble to keep in touch. [Vodafone via Wall Street Journal via Engadget]