The Number Of Known Planets In The Universe Just Doubled 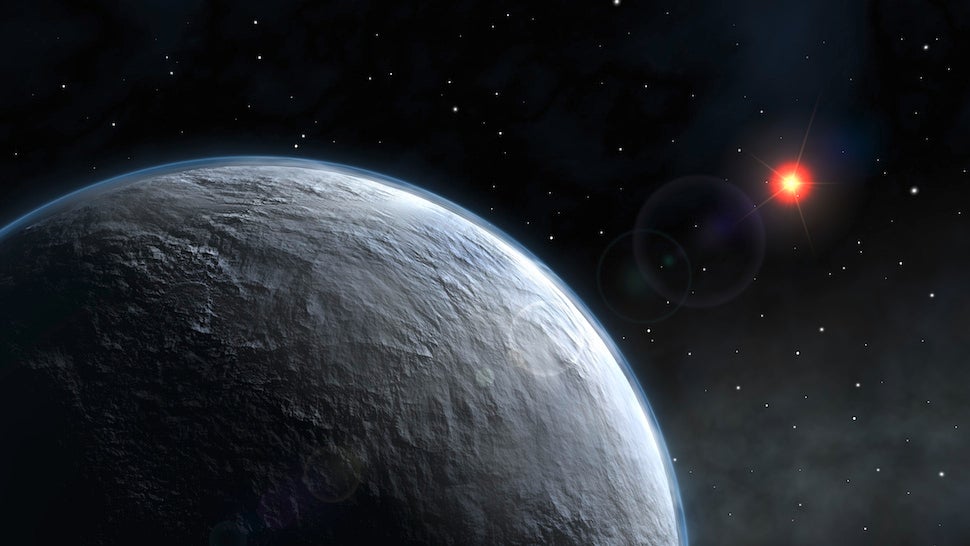 This is pretty great news for a couple of reasons. First of all, if you’re holding out hope that we are not alone in the universe, your odds just got a lot better. The more planets there are out there, the more likely one of them will be home to some amazing alien life form or even civilisation. And, since we learned back in November that 20 per cent of all exoplanets exist in the so-called Goldilocks zone — that is, the distance from a star where planets will most likely support life — there are now hundreds of candidates.

From a space nerd’s point of view though, the discovery is exciting for a slightly different reason. This massive batch of new exoplanets, the biggest exoplanet discovery to date, gives scientists all kinds of neat new data to work with.

For instance, astronomers now know that our solar system is especially roomy. That is, the distance between planets is much greater in our solar system compared to other star systems, where the planets are sort of crammed together close to the star. “It’s starting to look like planets further out are rare,” said MIT astrophysicist Sara Seager who did not participate in either of the two new papers that detail the Kepler discoveries.

What we don’t know, however, is what these planets look like. Because Kepler finds exoplanets by spotting the wobble in the light of the nearby star, we don’t know if these are rocky planets or gassy planets. We certainly don’t know what things look like on the surface.

To gain a greater understanding of what this means in the long run, we reached out to Lee Billings, author of Five Billion Years of Solitude: The Search for Life Among the Stars. He’s wonderfully optimistic about the whole thing:

We are discovering exoplanets practically everywhere we care to look, and as they pour out of the sky, we are increasingly finding worlds that in simple terms of orbit, size, and mass are essentially indistinguishable from our own.

The stage is now set for the next phase of our search for life elsewhere in the universe, in which we move beyond simply detecting tantalising planets to actually learning whether or not they are very much like our own living Earth. To do that, we must deploy sophisticated instruments on the ground and in space to gather their faint planetary light — to take their pictures — so that we can map their surfaces, remotely sniff their atmospheres, and seek out signs of habitability and life.

This is arguably the grandest quest in the history of life on Earth, and whether they know it or not, everyone now living is privileged to bear witness to its unfolding.

So as our space tools improve, we’ll learn more and more. And hey, maybe one day we’ll discover that Earth twin that gives us another option once we completely wreck this planet. [Washington Post]