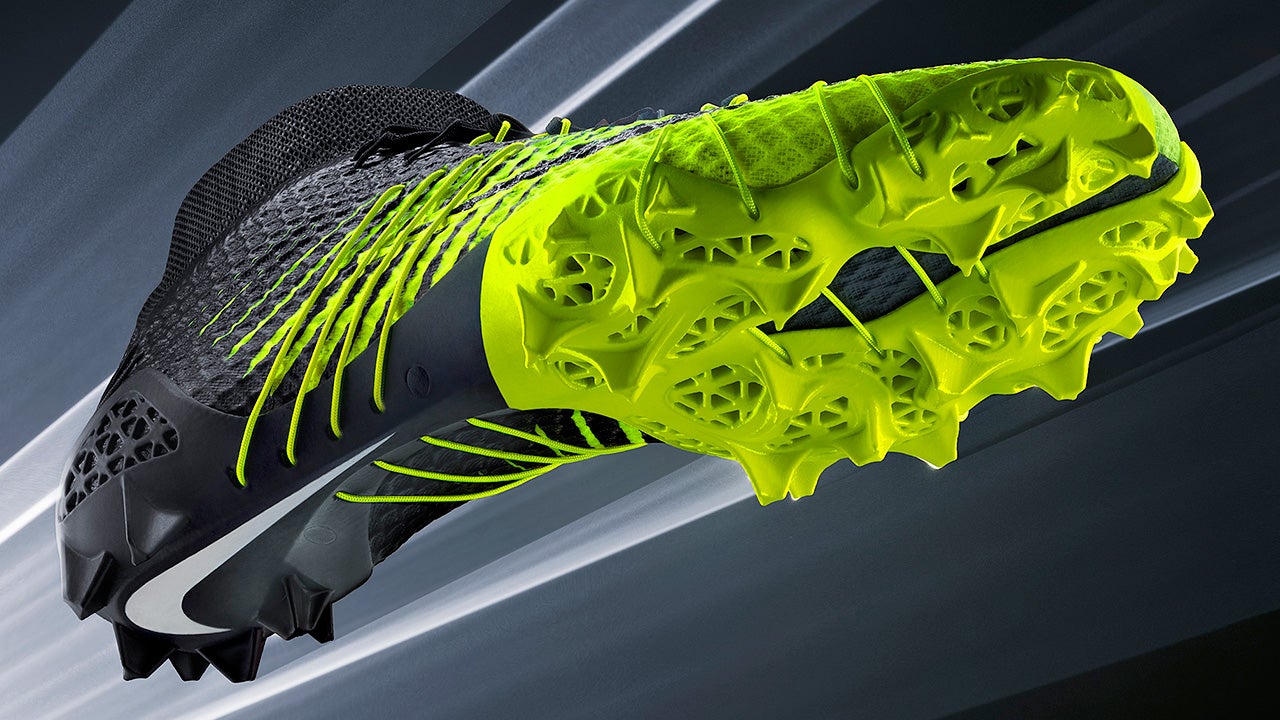 The use of 3D printers has allowed Nike’s designers to prototype and test new footwear designs with a remarkably quick turnaround. And the latest shoe born from that new process is the Vapor HyperAgility cleat featuring re-engineered studs that Nike claims will give football players the necessary grip to explode off the line, but also stop and turn on a dime to evade an opponent.

Nike has been prototyping shoes using 3D printers for a while now, and the first shoe produced using that process was the Vapor Laser Talon cleat that was only made available to a handful of athletes. It served as a proof of concept more than anything, but that shoe — and the innovative process behind its creation — went on to inspire the Vapor Carbon 2014 Elite cleat which was actually worn by football players during this year’s Super Bowl, and this new cleat that’s also destined for the gridiron.

The Vapor HyperAgility cleat features an aggressive-looking tri-star stud design that Nike believes will give football players the speed they need for running down the field, while at the same time providing extra grip for making sudden stops and direction changes while playing on artificial turf.

Engineered to improve an athlete’s time during a 5-10-5 or ‘shuttle’ drill, the Vapor HyperAgility’s studs are almost engineered to serve as brakes as much as they provide extra traction when it’s time to accelerate. And it’s not just the bottom of the shoe that helps an athlete’s performance. The shoe’s upper is made using Nike’s woven Flywire cabling which is threaded through the cleat itself to help prevent slippage during a dash, while a compression collar inside the shoe helps it tightly hug your foot without feeling the studs underneath.

Not surprisingly, these aren’t shoes you’re going to find on the shelf at your local Foot Locker — not that you’d want to wear them around all day anyways. And as for pricing, the Vapor HyperAgile cleats are most likely targeted at well-funded teams who are happy to spend whatever’s needed to get their team to nationals. [Nike] 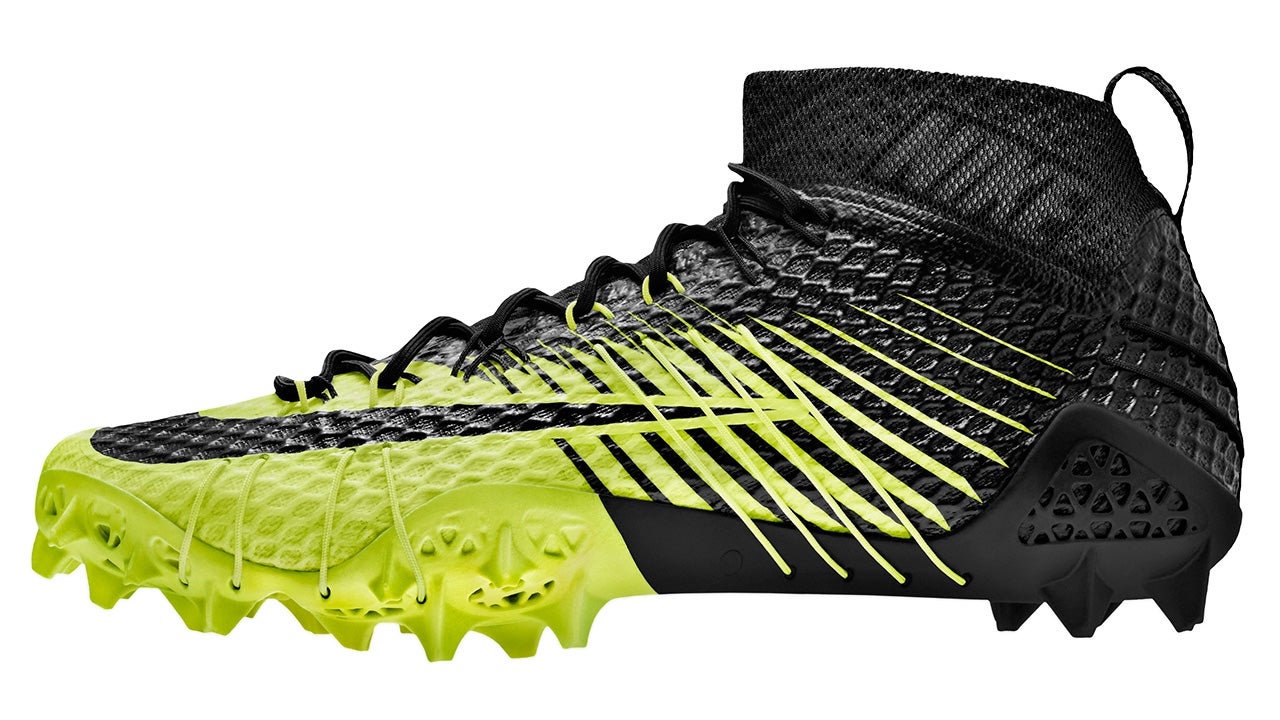