How Jurassic Park Made Tiny Flesh-Eating Dino Puppets So Scary 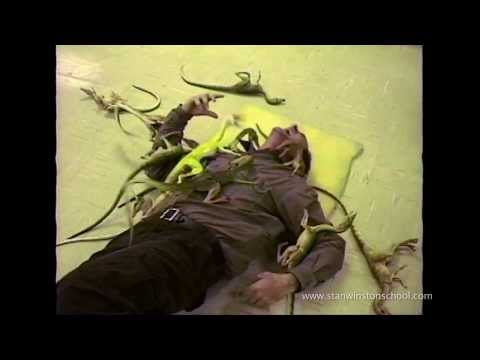 There’s a lot of CGI deployed in The Lost World: Jurassic Park, and you’d be forgiven for assuming that most of the dino-action was cooked up by a computer. Not so the tiny little compsognathus, a carnivorous chicken-like beast that was cooked up with plastic moulds and fishing line.


While some of the shots of the Compy attack are digital, the part where they chow down on Peter Stormare’s doomed hunter was the product of some good ol’ fashioned mechanical effects. The video above explaining the process is the latest in a venerable line of Stan Winston Studios explainers, all of which accomplish the rare trick of pulling back the curtain to reveal something even more impressive than you thought.