PrioVR Is The Virtual Reality Gaming Suit Of Your Dreams 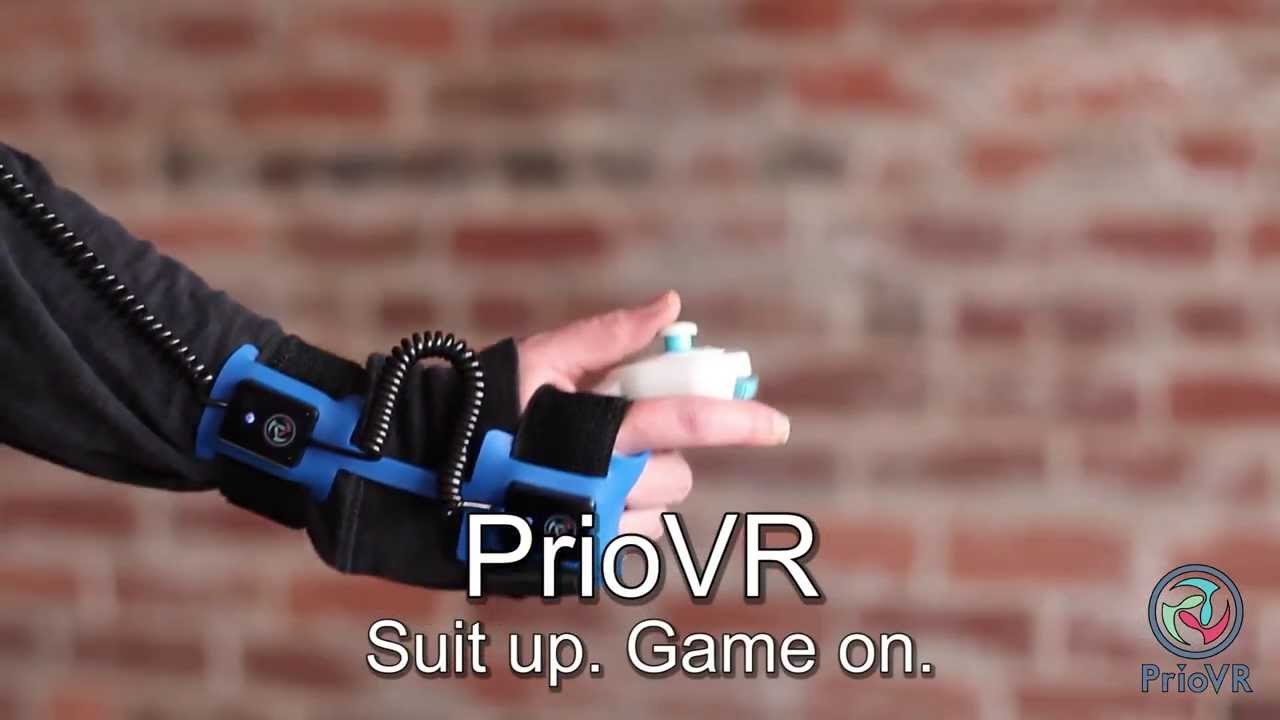 Sure, the Oculus Rift can get you close to the game, but you still have to use a controller to walk around. What if your body movements were perfectly replicated in-game thanks to a sophisticated sensor suit you wore on your body? That’s the promise of the PrioVR, and oh-boy, does it look promising.

The PrioVR is a suit of nine sensors that you attach to your body, head and arms, along with two hand-held joysticks that control your movement and weapon actions. Imagine laser tag meets Elysium and you’re there.

It promises a latency below 10ms as all the tracking is done on-board the nine sensors worn by the player. The only thing the computer handles is communication back and forth between the suit to save on processing power.

The concept is simple: the wearer moves his body in any direction and the player moves in the game. We saw it demonstrated with a zombie first-person shooter, which made us think just how awesome it would be when combined with something like Day Z Alpha.

Interestingly, the company behind it didn’t reach the required funding for the PrioVR on Kickstarter earlier this year, but supposedly that has “taught them a lot” about how to go about trying again.

What we saw at CES was described as a “high-functioning prototype”, which means you probably won’t be able to buy it for a loooong time. At least we can still dream about it.