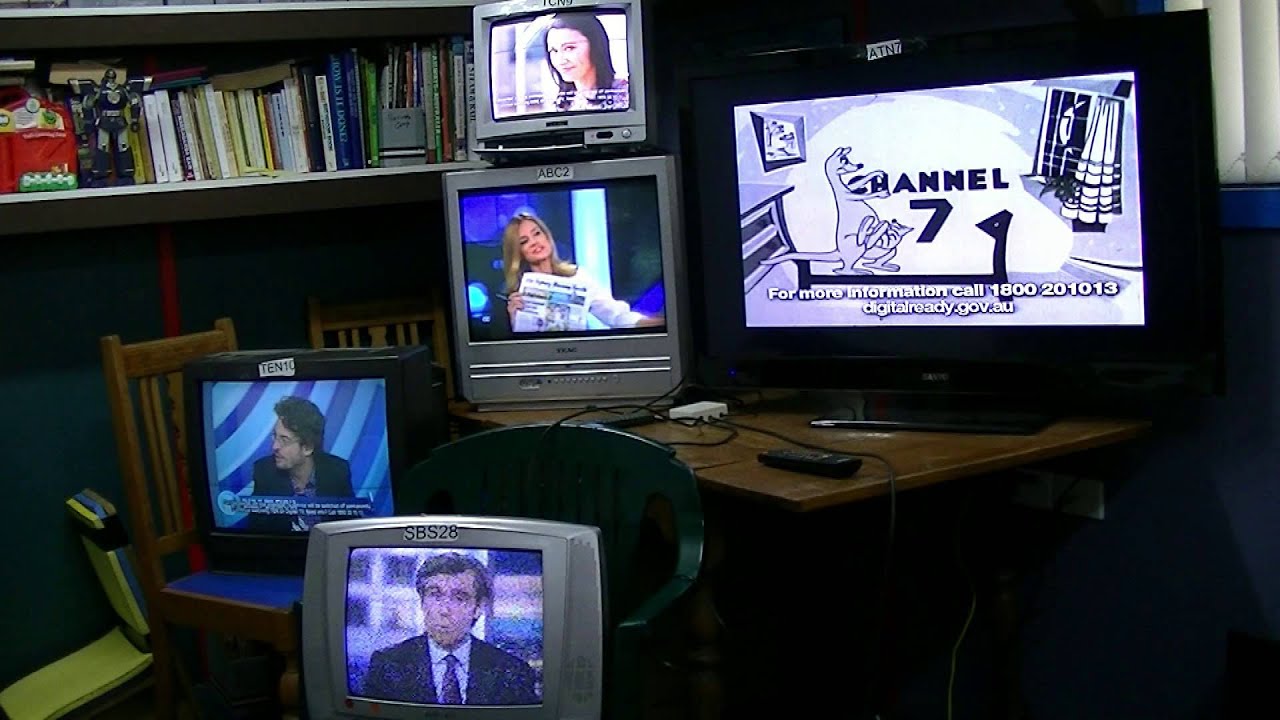 Sydney had its analogue TV signal shut off in Sydney this morning, with vibrant channels suddenly turning to snow as the digital switchover reared its head. Almost every network let the moment pass without note, but Channel Seven actually marked the switch-off with this adorable animation.

This is what every single channel looked like during the switch-off: barreling towards the end with no thought as to what was coming.

Channel Seven suspended ordinary programming, and went back to a black and white animation of a Kangaroo taking the old network’s logo and turning it into a bed to tuck in her Joey. The Kangaroo marked the end of the analogue broadcast by pulling down a blind which simply read “GOODBYE”.