Behind The Scenes: How The Greatest Music Mashup Of 2013 Was Made 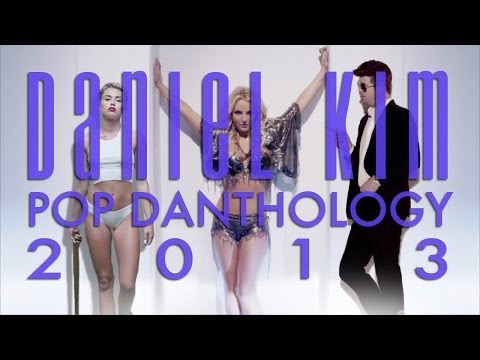 You may not have heard of Daniel Kim before, but he’s been at this mashup business for some time. Pop Danthology 2013 isn’t his first rodeo. He’s already done epic mashups for 2010, 2011 and 2012, with each coming out better than the last.

To mashup every brilliant pop song of 2013 into one, cohesive and awesome piece of music, Daniel has to spend most of his time gathering and planning. Daniel describes it as “the first and least exciting part” of pulling together the epic dance mashup. The most problematic part of this phase is finding high-quality acapella and instrumental samples to use, but he’s not about to get lazy with it like some mashers do.

“I search all over the internet like a determined chef searches different markets and grocery stores for his ingredients. Mashup artists such as myself, however, are ‘chefs’ who live in a world of many deceitful grocery stores that mislabel their produce as ‘fresh’ and ‘organic’ when they really are far from those descriptions. I am one ‘chef’ who will not be deceived. I instead take the time to visit every ‘grocery store’ in order to get ingredients of the highest quality. This year, I felt that there was a shortage of high quality audio parts compared to previous years. Nevertheless, after 33 hours, I was able to compile a ready-to-mix list of 179 (73 vocal, 41 instrumental, 65 complete with both) music files,” he wrote on his blog.

Even with all the ingredients in place, a lot of planning is still left to do before the mixing can actually start. He’ll be planning and organising for nine whole hours before the actual production part of the process can begin.

Obviously, not every song is immediately going to drop into place just by throwing them at a mixing program. Daniel actually draws up a chart mapping the different keys into which each song falls.

“This key chart shows me that this year’s music, like many of the previous years’ music, is all over the place; there is no one key being predominantly used,” he writes in his retrospective.

“I, therefore, had no choice but to use multiple key changes in this year’s Pop Danthology. The tempos of all the music this year were all over the place too. I had to use a total of 11 tempo changes in Pop Danthology 2013.”

Now Daniel busts out Logic Pro X and gets to work.

“This is the part I get to combine all the different sounds together to make new sounds. I spent a total of 114 hours arranging and mixing Pop Danthology 2013. A lot of that time, though, was spent just listening to my progress at full volume and dancing as if I was hearing it at a DJ concert. It is also during this part of the mashup making process that the only music I listen to, on loop, is my work in progress. Even while driving my car from one place to another, I examine all the volumes and frequencies of each individual audio part with a critical ear.”

Once the gruelling audio editing is complete, Daniel is left with a 5:31 track which encapsulates the pop music of 2013 perfectly. The downhill run is actually finding and editing all the video footage from the original tracks together to create the fluid visuals of the Pop Danthology video.

He roped in a friend to actually do a parody of the Jean Claude Van Damme Volvo stunt for this year’s title opener, and laid it in front of the video clip.

To get the footage, Daniel dressed up in a green lycra suit against a green-screen background, and used his iPhone 5s to capture the raw footage required to put his own head onto JCVD’s body. Neat!

And after all that, it was released for the world to enjoy. It’s only when you look at the visual breakdown that you realise just how much work goes into Pop Danthology every year. That’s probably why it sounds so goddamn amazing!