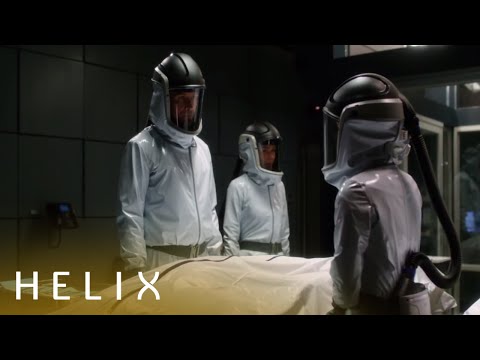 a bunch of new television shows

The trailer explains, partially, why our genre-blind protagonists have made the journey north to a secluded facility filled with terrifying and deadly experiments. A dangerous pathogen has escaped containment, with CDC team leader Dr. Alan Farragut (played by The Killing’s Billy Campbell) discovering his brother is one of the infected. As for the rest of his crew, well, I suppose they’re just trying to earn a crust.

What puts Helix ahead of the pack is its production pedigree, with Ronald D. Moore on-board as an executive producer. If the name sounds familiar, Moore was the man behind the Battlestar Galactica remake and developed his creative chops working on Star Trek: Deep Space Nine and The Next Generation. While Helix is somewhat different to the shows Moore’s worked on previously, that fact his name is attached does provide one with some confidence it’ll be at least watchable, if not quite good.

Each episode will apparently encapsulate an entire day, so with 13 episodes already ordered by Syfy, we can expect close to a full fortnight of in-universe Helix goodness. It debuts in the US on January 10, so we won’t have to wait too long for the reviews to come in.