Who Says Prosthetic Hands Have To Look Like Human Hands? 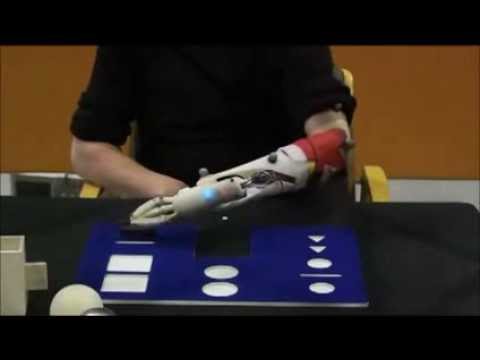 Jointly developed by a number of research agencies across Japan — including the University of Tokyo and the National Rehabilitation Center for the Persons with Disabilities (NRCD) — the ‘Trans-Radial Prosthesis With Three Opposed Fingers’ looks like something straight out of a sci-fi flick.

While simplifying the human hand to three fingers seems like cheating, it drastically reduces the complexity of the prosthesis, and subsequently the cost, without sacrificing much in terms of functionality. It’s actually easier to coordinate three opposing digits when it comes to precisely grasping objects, and more energy-efficient when fewer servos are used. So the arm could, at least in theory, function for longer periods between charges. On top of all of this it also just looks really neat, like a prosthesis that might have actually come from the future. [YouTube via IEEE Spectrum]