The Trans-Pacific Partnership Explained In Under Five Minutes 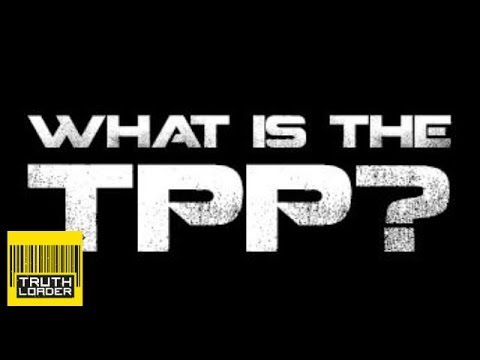 The Trans-Pacific Partnership is a curious beast. On the one hand, it’s one of the biggest legal sledgehammers ever to rear it’s cross-continental head, and it would bring some of the worst elements of US copyright law to Australian shores. On the other hand, not many people know about it. Here’s how you can explain it to friends.

From what we’ve already seen leaked by Wikileaks, the Trans-Pacific Partnership is bad news for Australia, as it would (among other things) make Australian ISPs liable for the copyright infringement of their users.

If you’re not into watching a video this morning, try this. Here’s how the Electronic Frontiers Foundation describes the controversial treaty:

The TPP is likely to export some of the worst features of US copyright law to Pacific Rim countries: a broad ban on breaking digital locks on devices and creative works (even for legal purposes), a minimum copyright term of the lifetime of the creator plus 70 years (the current international norm is the lifetime plus 50 years), privatisation of enforcement for copyright infringement, ruinous statutory damages with no proof of actual harm, and government seizures of computers and equipment involved in alleged infringement. Moreover, the TPP is worst than US copyright rules: it does not export the many balances and exceptions that favour the public interest and act as safety valves in limiting rightsholders’ protection. Adding insult to injury, the TPP’s temporary copies provision will likely create chilling effects on how people and companies behave online and their basic ability to use and create on the Web.

The stated goal of the TPP is to unite the Pacific Rim countries by harmonising tariffs and trade rules between them, but in reality, it’s much more than that. The “intellectual property” chapter in this massive trade agreement will likely force changes to copyright and patent rules in each of the signatory countries. Accepting these new rules will not just re-write national laws, but will also restrict the possibility for countries to introduce more balanced copyright laws in the future. This strategy may end up harming other countries’ more proportionate laws such as Chile, where a judicial order is required for ISPs to be held liable for copyright infringement and take down content. Such systems better protect users and intermediaries from disproportionate or censorship-driven takedowns. If the final TPP text forces countries to adopt a privatize notice and takedown regime, this could imply the end of the Chilean system. It would also undermine Canada’s notice-notice regime.

For more on what the TPP means for you, check out our further reading on the treaty.