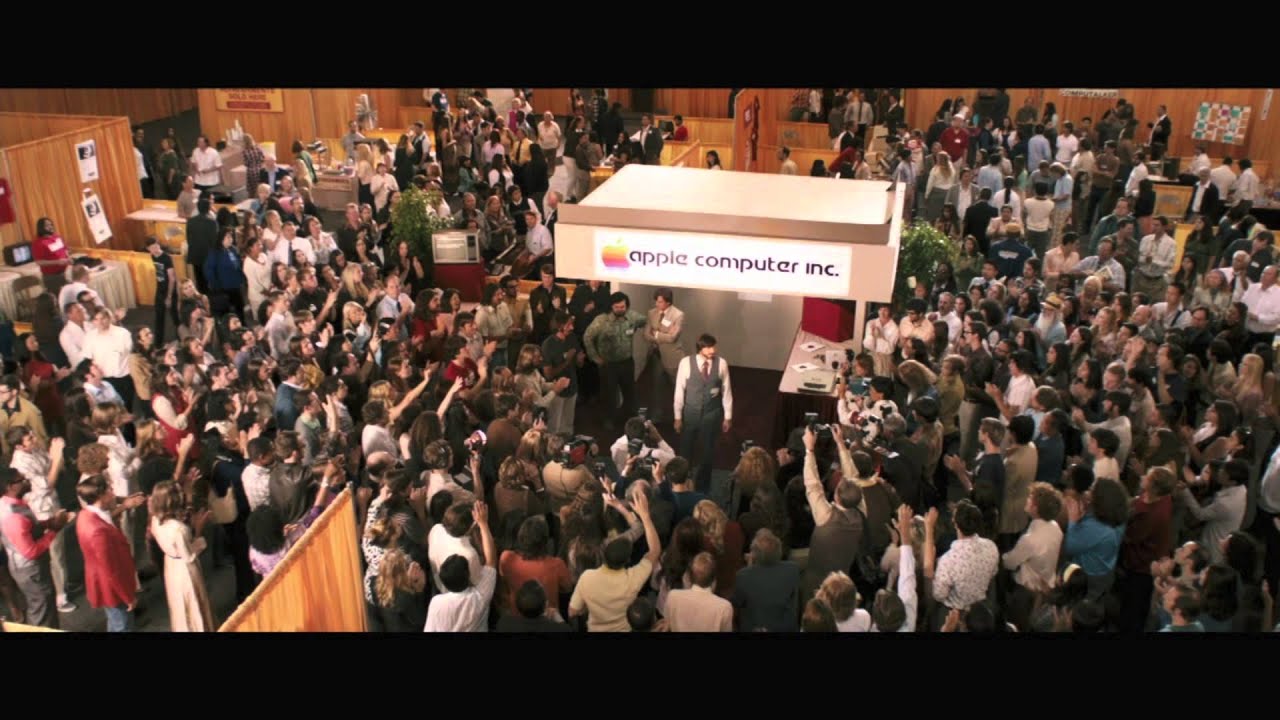 Steve Jobs is a man no more but soon he will be a movie. Ashton Kutcher-starring-biopic Jobs , opens in Australia on 29 August. To celebrate we have 20 prize packs including double movie passes and a poster for lucky Gizmodo readers to win.

Who Won The Jobs Tickets?

We had some great entries, but here are the good apples who are going to see Jobs!

An iFridge that is connected by iTubes to all supermarkets within a 10km radius from my house. A touchscreen on the fridge allows me to order any grocery items and they will be delivered at iSpeed into my fridge through the complicated iTubes grocery network.

My Dream Apple gadget would be a Home Automation Product. Having App’s to control certain aspects of your house, this would also be accessible via iCloud and you could turn on your heaters or oven etc.

Bw81 wants something that we could all certainly use:

iBelieveInU: gives encouragement to u all day. Eg. “Nice laundry folding!”, “She’d definitely go out with u.” or “U don’t smell that bad.”

Apple Glasses. My phone & tablet are both iOS devices, and I like that ecosystem. Photo stream, reminders via Siri, iTunes library etc.

iWall.. A whole wall is one big iPad.. With retina display.. Play house size angry birds, each wallpaper takes you to a new place, even a new planet! Trick people into thinking there’s another room!

Felix for cheating in style:

iPen – A smart pen that you can program what to write, and it can write the words or a essays that was programmed in. This would be cool if could get it before it becomes mainstream or before many people know about it, and bring it into my English tests !!!! wooooohhhh !!! beats memorizing 3 essays to do in 2 hours- great fun :p

[iCube], a small cube made of clear glass without buttons and no visible wiring. The display is made up of a hologram that can fill a room and its interface is controlled through telepathy.

Sevrin for rocking out the iJams:

A small plug that plugs into your guitar/keyboard etc.. that transmits a signal via wifi to another plug in the ipad so that you can record guitars etc without having to worry about taking the ipad for a drag around the room!

ashmansays for wishing for infinite wishes:

iGenie – your wish is its command with a truly magical gesture. Designed by Apple in California made 2,000 years ago in the Middle East.

Aussiewan for staying on top of great gadgets:

Buy out Meta Smart-Specs, make them more aesthetic, and give me as many free sets as I ask for as compensation for the idea!

Bertie for a great way to control the next iDevice:

Bluec for a love of Steve Jobs quotes:

I want the iBoss , that gives me motivational Steve jobs quotes, and yells at me when I am being too lazy.

The iToilet. You bring your phone every time anyway, let’s make it official with Bluetooth speakers, docking station, and toilet based apps.

Weschappy for inventing a Babel Fish you wear on your face:

Codenamerhubarb for a product I’d actually want to buy:

iCut. A helmet that will cut or style your hair in just minutes to any photo or 3D model you upload to the device.

Laser21b for thinking beyond the rumoured iPhone 5C:

I would turn siri into a real life personal assistant customizable to cater to each persons needs for their everyday life.

BenRoach for wanting Apple to hold control over all our lives:

I’d have Apple push an NFC revolution. If governments were onboard along with an open NFC API for business POS, I could finally have one device handle my life. From payments, to ID, to everything inbetween.

and Gs500f for actually turning Apple into the NSA:

an ‘iSPY’ and Apple Satellite that orbits earth.

Congratulations to all our winners. Enjoy the movie!

This competition is now closed

To be in with a chance of winning this prize, answer this question in the comments:

In 140 characters or less, describe your dream Apple gadget, or, describe how you’d change a current gadget.

We’ll pick the 20 most creative and amusing answers, and those lucky readers will score the prize pack (valued at $56). Entries close at 1pm on Monday 19 August, so get cracking! Full terms and conditions here.

JOBS
Jobs is the powerful and true story of the visionary who set out to change the world and did. The film chronicles Steve Jobs’ transformation of character from the enthusiasm and self-discovery of his youth, to the personal demons that clouded his vision and finally to the ultimate triumphs of his later life. Mark Hulme and Five Star Feature Films launched the production immediately following Jobs retirement in August 2011. Screenwriter Matt Whiteley, while penning the script, utilised a team of expert researchers based on months of exhaustive research and interviews with Steve Jobs friends, colleagues and mentors to develop the most truthful and gripping picture of Jobs’ life.