There’s A Wacky News Animation For The Australian Election Now 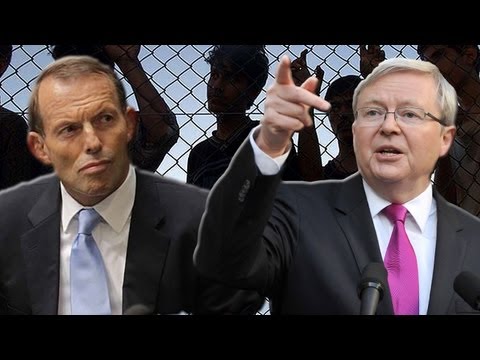 These news animations are becoming less and less about informing viewers and more and more about shocking people into paying attention. At least that’s what the latest Taiwanese news animation about the Federal Election demonstrates.

NMA’s World Edition is covering the Federal Election for what it really is: a grandstanding exercise of epic proportions.

They’ve animated all the best gaffes so far, including one where the two leaders, Prime Minister Kevin Rudd and Opposition Leader Tony Abbott, accept the “suppository of all knowledge” as the latter refers to it.

The right-wing asylum seeker policies of the two parties also get a tragic run.

Perhaps it’s time to take a long, hard bath with ourselves, Australia.