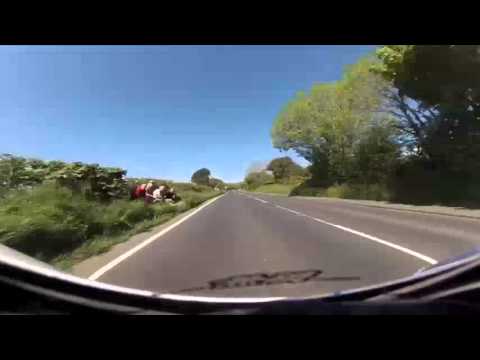 This video was recorded from beneath the visor of an electric sport bike racing in the Isle of Man 2013 TT race, and as soon as the rider sets off, you notice the high-powered whine of one of the best engines out there.

Because it’s an electric engine, there’s a boatload of torque that can be deployed at incredibly low RPM, aiding an insanely fast take-off. You eventually wonder when the rider will change gears, but because it’s an electric bike and not a conventional motor, there’s no need. Most likely the bike is running a continuously variable transmission (CVT) rather than a traditional gearbox, which means it’s just twist and go. And boy, does it go.

The future sure sounds amazing.