This Aussie-Made Wetsuit Makes You Invisible To Sharks 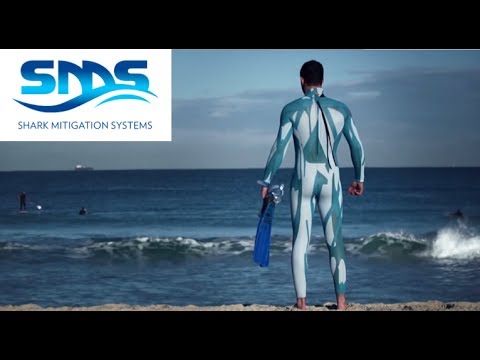 Other than getting sand in places it shouldn’t be, the worst thing about surfing is getting eaten by sharks. Thankfully, Australian scientists at the University of Western Australia and the folks at Shark Attack Mitigation Systems (SAMS) have invented something that will save you from the jaws of a hungry sea beast in the form of a shark-proof wetsuit.

As the boffins from SAMS explain, one of the final senses a shark uses before it attacks is its sight: tracking the target on the way into the nightmare of teeth. What the new wetsuit does is muck about with a shark’s visual sense by making the surfer blend right into the ocean behind him or her.

Just don’t expect to be especially stylish while wearing them. One of them makes you look like a Zebra, while the other is weirdly tie-dyed. On a more serious note: fashion comes second if what I’m wearing saves me getting my leg bit off.