Inside The US Nuclear Stockpile’s Top-Secret First Home 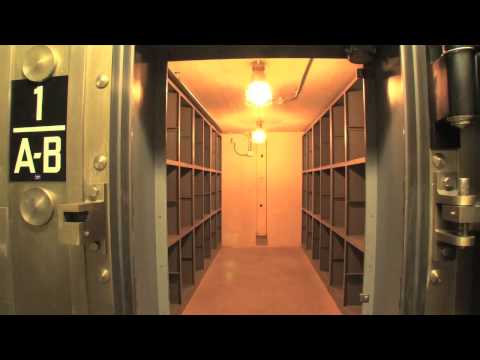 Built during 1948 and 1949, the Tunnel Vault was one of the most highly secured facilities in the US. Beyond a host of fences and a guard tower, the tunnel reaches 230 feet into a canyon wall. There, behind a bank vault door, are five storage bunkers, each with its own vault door, all inside a larger vault.

The super-secure vault, buried 90m underground, was the perfect storage site for the US’s first nuclear weapons, developed at the nearby Los Alamos National Laboratory under the Manhattan Project. Shielded from just about anything that could disturb sensitive equipment, it was also a working research facility — the Nobel Prize-winning work that led to the discovery of the neutrino took place in a side room about halfway down the tunnel. It was a working facility as late as 2012, though nuclear research at the vault ceased after a 2000 wildfire damaged surrounding vegetation, creating a flash flood risk.

To commemorate the 70th anniversary of the Los Alamos National Laboratory, the vault was opened this week to tours for media, employees and their families. And while it must be an ominous place to visit, there’s something morbidly intriguing about the idea that the entire nuclear arsenal of the United States military once lived in this place. [Los Alamos National Lab via PhysOrg]