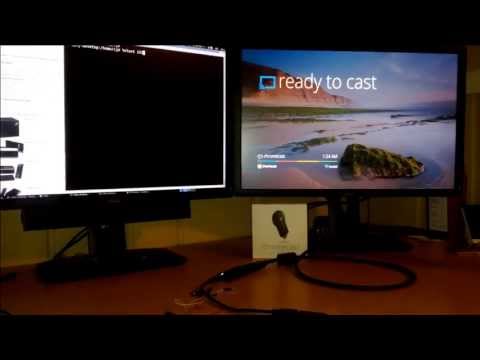 GTVHacker has released an exploit package that erases the existing /system partition and installs a new system image. The group notes that the current exploit probably won’t be useful to the layperson, but rather, it creates a foundation that will allow researchers to “better investigate the environment as well as give developers a chance to build and test software on their Chromecasts.” So we could be looking at custom apps for Chromecast in the very near future. Awesome.

As for what the hackers have been able to learn so far, it turns out that the hardware doesn’t run an offshoot ChromeOS as Google has implied with its branding and cross-platform rhetoric at last week’s press conference. Instead, Chromecast is running a modified version of a Google TV release. That’s not too surprising, and actually, it’s exciting to see Google putting all that Google TV architecture to good use. Whether we’ll get a Google TV stick in the future as GTVHacker suggests — we’ll have to wait and see. [GTVHacker via Phys.org]