Yeah, Actually I Do Think An Electric Jaguar XK120 Is A...

Can A Robot Beat A Human Champion At Golf? 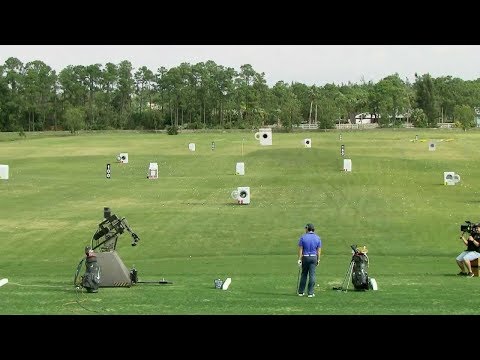 The challenge, organised by the folks at the European Tour, saw McIlroy face off against a computer-controlled hitting machine. The goal was to hit a ball into a series of washing machines, replicating a stunt McIlroy did on TV when he was a youngster.

Not sure if the video is a fake, but who cares? It’s such fun hearing a robot trash-talk a champion golfer.