This Guy Built An Aussie Competitor To WhatsApp 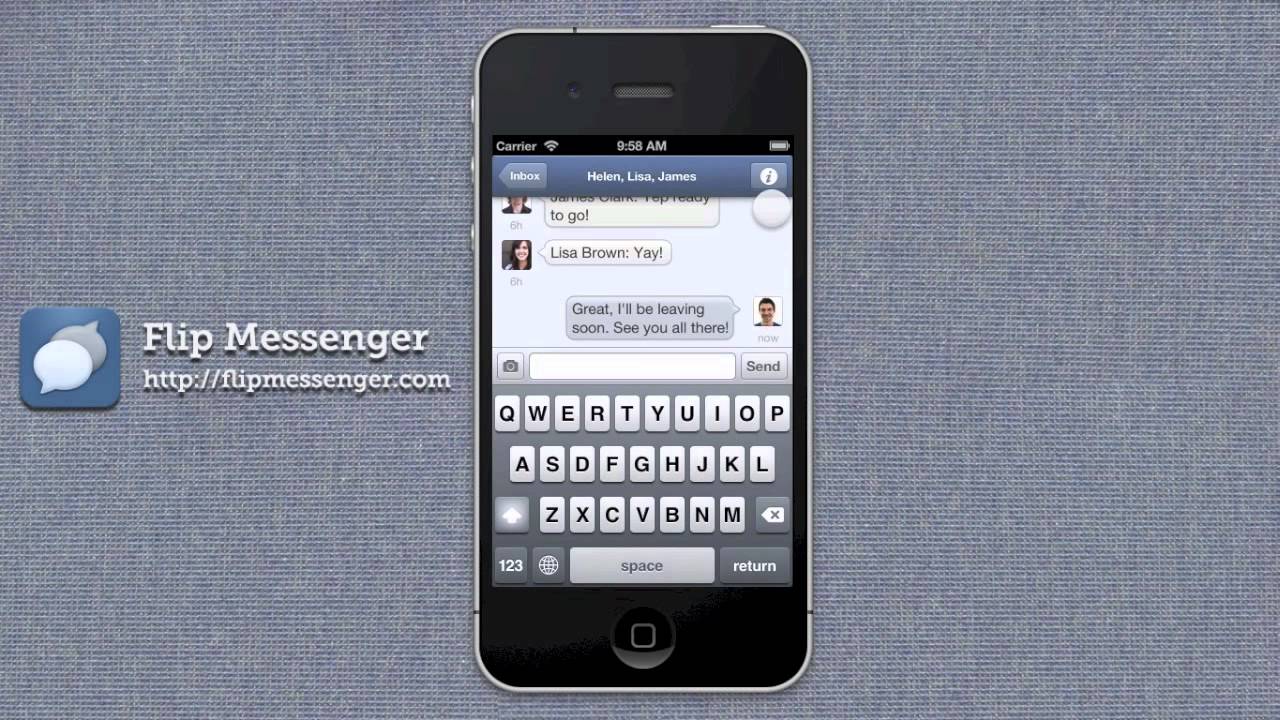 The rise of instant messaging applications has been massive over the last few years, and now there’s an Aussie alternative from called Flip Messenger.

We spoke to Jerrold Poh, the creator of Flip Messenger who built it after he cracked the sads with apps like WhatsApp.

I’m Jerrold Poh, a mobile developer based in Melbourne, Australia. I’m currently freelancing, but I’m also working on a couple of startup ideas in my spare time.

I’m the creator of Flip Messenger, an intuitive and beautifully designed mobile messenger. Its focus is to make catching up with friends easier, and it achieves this with its group messaging and real time location sharing features.

Why should we care about your app? What makes it different?

I actually built Flip out of my own frustrations I had with existing messaging apps, in that they really didn’t do more than just send and receive messages. I’m quite a social person, so I use messengers quite a bit to organise catching up with friends, and I found most of them a little clunky when trying to do this.

Location sharing is actually done by plotting everyones location on a map, and is updated in real time so you can see how far away everyone is. It is also especially fun to use if you’re on a road trip, or at a music festival, and it’s great as losing your friends is now an impossibility.

What challenges did you face when you were developing and how did you overcome them?

One thing I didn’t expect was that when people used Flip, they’re not always in an area where they have the best data connection. This means sometimes messages get dropped, or messages are only partially downloaded. For an app like Flip, if a message can’t be sent or received reliably it’s a deal breaker, so there’s a lot of code which makes sure it can perform even if the data connection isn’t stable.

Another less technical challenge was that when testing, a lot of people asked how they’d get their friends to use Flip. I didn’t realise how big a problem this was and my initial answer was usually “just ask them to search for Flip on the App Store and download it”. It wasn’t until later that I realised that Flip was a social app, and a multi-step process like what I suggested was the worst solution to their problem. So I spent some time mapping out a feature where users could send email invites to friends from their address book, and their friends would get a personally formatted email with a link to download Flip.

What I learnt from this was that sometimes the biggest challenges are not always technical, and that the hardest problems to solve are the ones you don’t even think are problems.

I primarily develop for iOS, though in the last three months I’ve started developing for Android and found it surprisingly easy to do. It could have been due to the fact that I was a Java developer before I started working with iOS, though I’d have to say in general, the developer’s tools for Android, and the official Google documentation are very good, especially compared to what is available when developing apps for iOS.

It’s still hard to get the final app on Android performing and looking as nice as an on iOS, though with each release of Android this is starting to become less and less of an issue.

Since Flip has launched there’s been a lot of demand for an Android version of the app, so I’ve been busy working on that, and also juggling the support and marketing side of Flip too.

I’ve also been working on a food / eating app with a friend called EetMap, which we just found out earlier this week, has been short listed in a Melbourne accelerator program.

Theres no doubting the popularity of app stores in recent years, with nearly every vendor setting up their own app store though they aren’t without their down sides. It seems like every other week there’s another app that Apple has pulled from their stores, and it’s a sobering reminder of how much power these companies have on who can and can’t make money on their platforms.

Don’t get me wrong, I love how apps stores give any developer access to one of the largest marketplaces on the planet, though with the powers these companies have it does limit the scope of some of my ideas. One of my worst nightmares (and I think it’s the same for many mobile developers too) is making a misstep with Apple, or one of the other Android vendors and getting my app pulled from their store without warning.

Pocket Weather (by Shifty Jelly – another Australian company). I’m a big weather geek, and they’re always new weather apps released, though Pocket Weather is the one I always come back to. It has the most accurate, and most weather data available in any weather app I’ve used.

The thing I like most about it though is that for an app with so much weather data on display, it isn’t presented as the cluttered mess that you’d expect. Shifty Jelly have done a really good job of presenting all that data very clearly, in a beautifully designed interface.

What phone do you use? Why?

I’m mainly on my iPhone 5, though every now and again I like to take out my ageing Galaxy S II and give it a bit of use (though I’ve just ordered a Nexus 4 which I can’t wait to get my hands on).

I’m on the iPhone primarily as it has a very good balance between hardware and software. The hardware is nice enough that it just fades away when I use it, and the software, though restrictive, I’ve found that Apple have made the right compromises and decisions so I don’t have to think about it when I’m using it. Android on the other hand seems that I’m forever tinkering with the settings, just to get it to work on a daily basis.

As a mobile developer though, I do like to alternate between the two platforms, and with over 50% of the market now on Android, it’s ridiculous to ignore such a large user base, just because the scrolling doesn’t feel “right” on Android.

Don’t ever stop learning, and code fearlessly. When I was younger, I was given the mistaken impression that University would teach me all the skills I needed for when I got into the job market, though it wasn’t until I started working that I found out this wasn’t the case. University was just the first step, though I soon realised that if I didn’t keep up with the people around me, I’d be left behind.

I also found when learning, you shouldn’t be afraid to break things. I know a lot of developers who’ll learn something, and then just paddle around a bit in the shallow areas. Unless you apply what you’ve learnt on a large existing project, or try to build something more than a Twitter client, I found you won’t really learn it. It’s when you’re at the fringes that you’ll truly understand something.

Tell us the best joke you know.

Hahah I actually have quite a few, though I don’t have many which are family friendly. Here’s a quick one Googled that I quite liked:

Why did the scarecrow win an award? He was outstanding in his field.