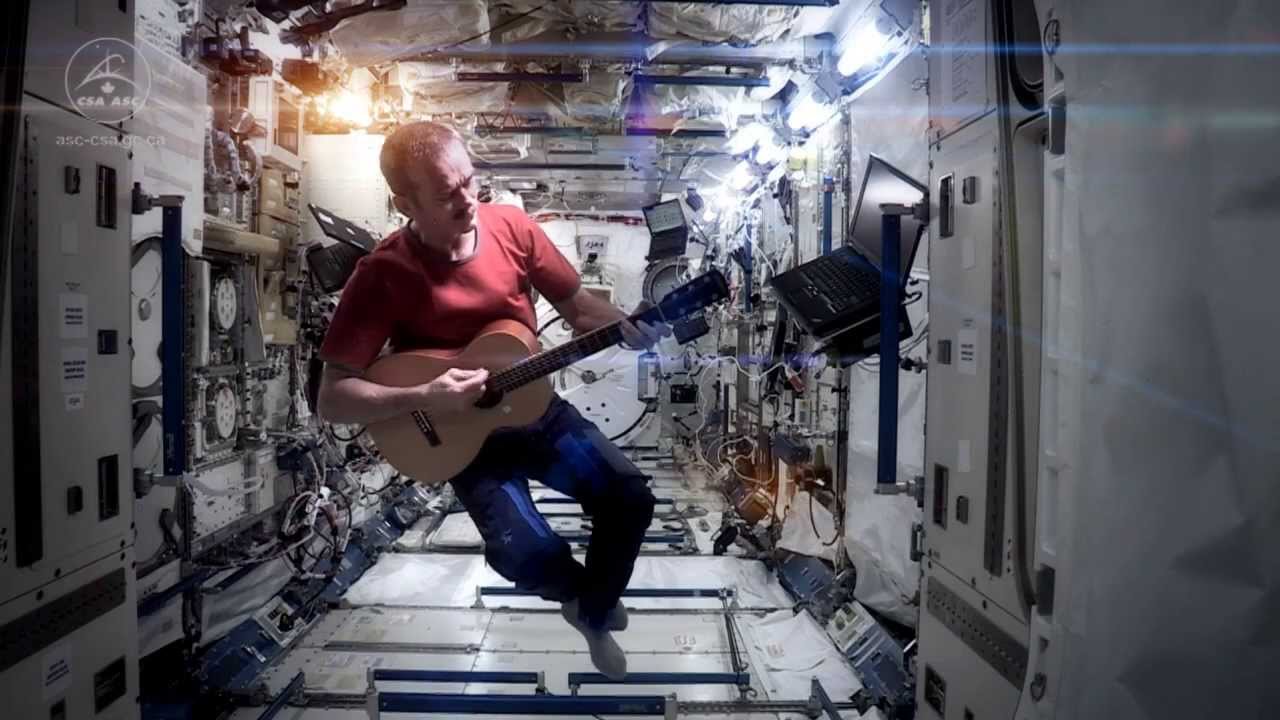 Everyone’s favourite astronaut, Commander Chris Hadfield of the International Space Station, is preparing to leave the floating platform above the Earth, but not before he gets out one last dose of awesome to delight the masses below: a cover of Space Oddity by David Bowie. Ground Control to Commander Chris….

The video is awesome for anyone who loves their 80’s classics in zero gravity (all five of you). In it, we see Commander Hadfield spinning around the cabin of the ISS bashing out the Bowie-classic, flinging his guitar around in zero gravity and peering up at the Earth through the canopy of the space station.

With deference to the genius of David Bowie, here's Space Oddity, recorded on Station. A last glimpse of the World. http://t.co/DMnMc8qC7f

Commander Hadfield’s last act aboard the space station will be to transfer command to Russian Cosmonaut, Pavel Vinogradov, shortly.