What Hurts More: Childbirth Or A Kick In The Balls? Science Answers 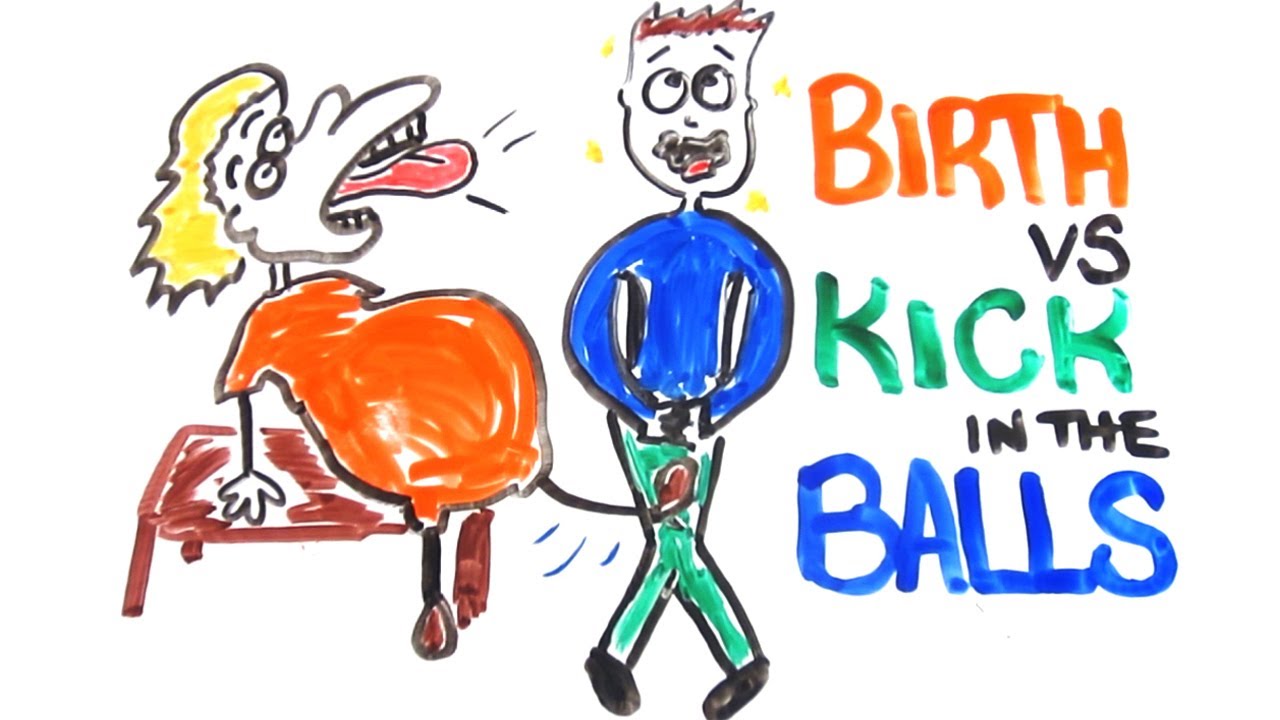 In response to that one debate you had in eighth-grade PD class that ended abruptly because there wasn’t nearly enough coffee or cigarettes in the teacher’s lounge to put up with that crap, ASAP Science has attempted to answer who has it worse: women in childbirth or men who have been kicked in the junk.

OK, so this one is hard, because there isn’t an actual measurable unit of “pain”, despite internet folklore on the subject. Pain is actually received by sensory neurons called nociceptors, which send nerve signals to the spine or brain. They can fire off either dull, achey pain, or sharp, OH GOD HELP (response-inducing) pain. For the testicles, which are rotten with the things due to their importance, that sharp pain is compounded by the fact that the nociceptors are connected to the stomach and the brain’s vomit centre. So, that hurts.

For women, it isn’t really any better. The uterus is also lined with loads of pain-firing nociceptors, and they’re under duress for hours at a time during labour. And then there’s the nausea, fatigue and “stretching” (and tearing and involuntary pooping, and…).

Since pain is subjective, and not really measurable, the debate is called a tie. Pain is different for different people. Though, a humble dissenting opinion might look something like: SHUT UP FOREVER SHUT UP OBVIOUSLY CHILDBIRTH IS WORSE SHUT UP. At least until the next time you see a highlight of an umpire taking a fastball to the crotch. [YouTube]